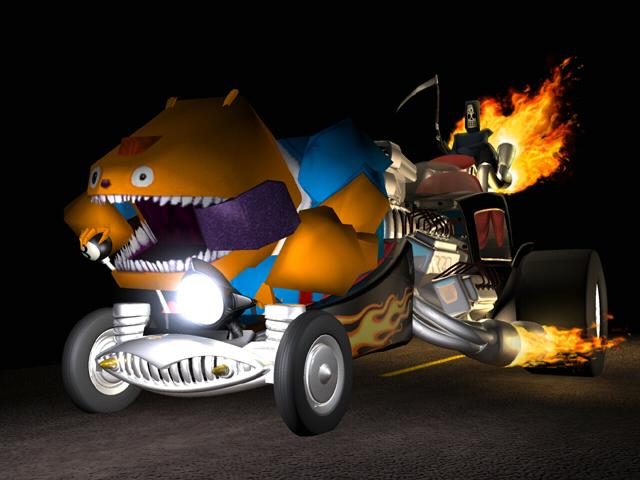 Per Joystiq, if we want to see any more Double Fine/Tim Schafer games, we need to buy more THQ games. To quote (liberally) from the source article:

Between the adorable (and enjoyable) Costume Quest last October, and the forthcoming (and quite charming) Stacking some time this year, we’re quite looking forward to the other two downloadable titles in Double Fine’s four game roadmap. And though THQ isn’t the only publisher that could release them, it would sure like to be. “I really wanna do a lot more with Tim [Schafer]. I’ve always been a huge Tim fan. Grim Fandango to me is one of the greatest works of art in gaming,” THQ Core Games head Danny Bilson gushed to us this afternoon.

… Currently, his studio  only has a two-game contract with Double Fine: the aforementioned Costume Quest and Stacking. “There’s a few more that I’ve identified, but I haven’t made those deals yet,” Bilson told us. He then paused before adding, “We’ve gotta get some hits rolling so I have more money to spend, to be honest with you.”

You heard it here! If everyone who’s reading this post goes out and buys a copy of THQ’s latest game (which, I’m looking it up right now, is Sherlock Holmes and the Mystery of Osborne House for the DS), they will make a new Grim Fandango game! Or, at least, they might publish a few more Double Fine games. And if we don’t, THQ is going to go under, because apparently they’re performing so poorly that they’re begging the only people making less money than them to buy their games—that being game journalists.

We'll teach you how to avoid Xbox Live's banhammer through mocking other people's misfortune.