Long-time fans of the ‘Cola will remember this edition of “Versus Mode” and this subsequent news post, both of which dealing with the fan-created sequel to Chrono Trigger, Chrono Trigger: Crimson Echoes. The last we heard about the project was that Square had it shut down, because, according to the company’s PR agent, “We don’t want any Chrono fans to ever experience joy again.” 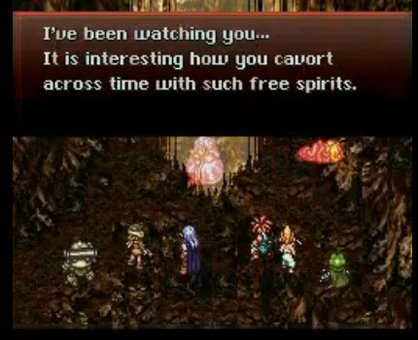 That is, until yesterday! reddit user buu700 has leaked what he refers to as a near-final build of the game (in a comment on the source post, he mentions that this version is more advanced than the one leaked shortly after Square’s cease and desist). I haven’t played it yet, so for all I know it’s a steaming pile of embarrassment. But it exists, it’s more-or-less finished,  and you can check it out here…at least, until someone tells Square. Don’t be that guy.

Mysteryville is a great game...if you've never played any videogames before. No, wait, that's mean. Let me try again. Mysteryville is great if you don't like mysteries and gameplay and... Oh, man, thi