Hey hey hey! It’s tiiiiiiiiiiiiiiiiiiiiiiiiiiiiiiiiiiiime—FOR THE THUMBS. Sorry for keeping all you Thumbatics waiting, but there was just so much info this month that I had trouble cramming it all in. In fact, it got loose and bit me a few times. After several ice packs and Space Ghost Band-Aids, I am back…AND HERE ARE YOUR THUMBS! Enjoy. 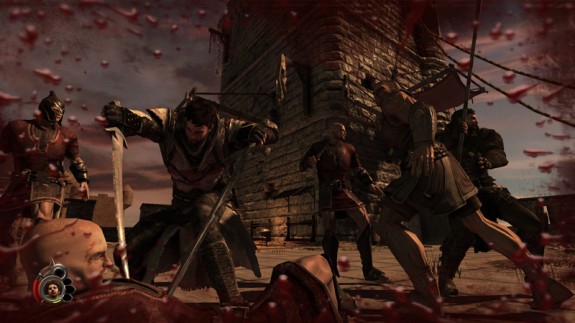 When I first heard about The Cursed Crusade, it sounded like an intriguing game to keep an eyeball on. Of course, I promptly forgot and never kept any spare eyeballs around for it! UNTIL NOW.

One thing I hadn’t noticed before is that this is an Atlus title. Atlus?! Don’t they strictly make Japanese games?! What are they doing in the Crusades?! It makes no sense, man! Apparently too, it’s being developed by Kylotonn Entertainment, which is…a FRENCH videogame developer?! When did France start making videogames!! THIS IS ALL JUST TOO WEIRD FOR ME.

It’s being billed as a third-person hack-and-slashy game. The best part—the part that my eyeball was SUPPOSED to be keeping tabs on—is that it features what sounds like a pretty sizable CO-OP mode! Both ONLINE and OFFLINE! WHOA!! These guys may finally be on to something! In addition, the gameplay sounds a bit reminiscent of Drakengard. Hopefully the good parts of Drakengard. Oh please, please pleeeease just don’t make it Samurai Warriors: CRUSADE EDITION. That’s all I ask!

Dungeon Siege III out before Diablo III!? What madness!! I mention this because Dungeon Siege was the first game I ever came across touting that ridiculous “killer” moniker. DUNGEON SIEGE: DIABLO KILLER!! RAAAWWWR. Of course, it didn’t work out like that. It never does. Everyone can stop pretending games kill each other.

ANYWAYS, it seems that the Dungeon Siege series may have been departing from its Diabloliness ever since the first title. I have no idea. I only ever played the first installment. Well…the demo of it. That counts, right? My worry about this game right now is that, unlike the one I spoke of above, it seems like Dungeon Siege III is NOT giving co-op players what they want! Or anything really viable; it’s just more of the convoluted strangeness of online/co-op features in games like Fable II or Demon’s Souls. Really? No XP in co-op?! How does that make sense. JUST LET US PLAY GAMES WITH OUR FRIENDS! Why water down the fun?! I will never understand this!

Perhaps the single-player mode will be rich and engrossing like a Baldur’s Gate or a Neverwinter Nights. However, I have my doubts. 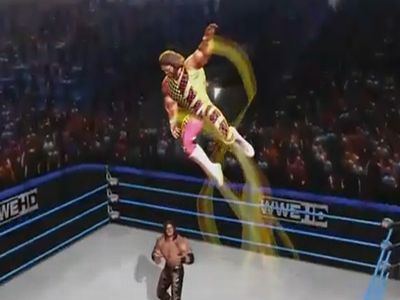 I am a fan of over-the-stop stylized arcade graphics. I mean, I bought that XBLA Madden game, while I haven’t bought a real Madden title in like four years!! …OK, that may be more due to cheapness. But WHATEVER. After seeing the various videos, screenshots and trailers for this title, I can tell you it spoke to my heart. MY HEART. Mainly because the Ultimate Warrior is in it, and he’s super great and I don’t care how crazy he is now; I will totally beat everyone with a Gorilla Press Slam. EVERYONE!

Unlike that Madden game I mentioned earlier, I was a bit surprised to find out that this is a full title, not just some PSN/XBLA release. A full game of this much awesomeness?! It could really turn out to be special! Imagine if it has a create-a-wrestler mode! Could it be the game to stop wrestling fans from yearning for No Mercy?! Well, no. Of course not. But this game does look like a fun and wacky departure from the traditional Raw vs. Smackdown games. I for one can’t wait to  see what it is all about!

The Next Big Thing (PC)

Apparently, this is an adventure game. One that Mr. Chief Editor Paul Franzen is beyond over the moon about! It’s quite strange. This is all he talks about these days. Even after totally not liking this company’s last game! You ask him a question? His only answer is THE NEXT BIG THING! No, it never makes sense; but that is all you get from him. He just sits in his room nowadays, waiting for this game’s release. Rocking back and forth with a blank stare. Really…it is quite creepy!

Anyways…UNLIKE the One True Franzen, I have the courage to stand up and say “NO!” I do not trust this game! I have little faith that Pendulo will supply a quality game. SURPRISE ME! Please? 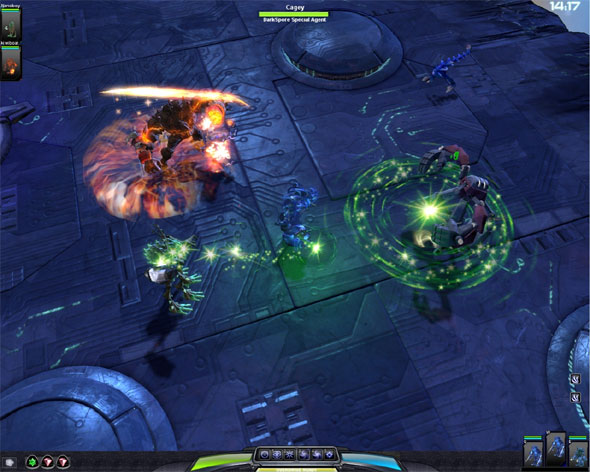 SPORE! But…DARK! Oh Maxis, how you suck me in. I always get so totally pumped for your games! I think Spore might have been the most pumped I’d been for a game…in like EVER. I spent tons of time with that adorable Creature Creator program…then I didn’t even buy the game!? WHAT. Yeah, I am not sure how that worked out, either. But it did.

But now…DARKSPORE! It looks so cool! …Just like before. However, this time COMBAT is a big part of it all! Combat is a big part of the FUN of games…so that’s a good thing! Many people have been comparing Darkspore to the famed Diablo. I mean, we do that with everything though, don’t we? I think this is the third time in this ARTICLE that I have mentioned it, in fact. WHOOPS. Still…Spore customization + Diablo combat?? Sounds awfully tempting, I gotta say! Time will tell how it all turns out. But much like a rocking Franzen, the Spore hype always seems to be able to trap my attention!

Well, that finishes up another FANTASTIC edition of the THUMBS that tell you EVERYTHING you need to know about upcoming games! 2011 is shaping up to be a truly memorable year! So don’t forget to come back next month to see what further AMAZINGMENT is just around the corner.