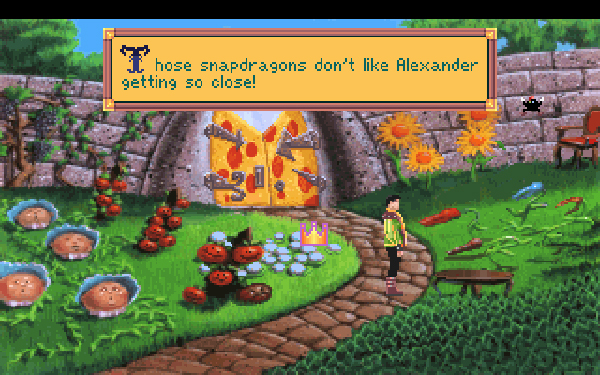 YES YES YES. This is even BETTER than my idea for Day of the Tentacle 2: Red Dead Fred’s Redemption. According to Joysiq, last night at a press event Telltale revealed that they’re working on a “reboot” of Sierra’s classic King’s Quest adventure game franchise. And here I thought all they talked about was some dumb zombie game!

“We have agreed to a multi-title, multiplatform deal to reboot the King’s Quest franchise,” said Steve Allison, Telltale’s SVP of marketing, during the conference. “Much like we did with Tales of Monkey Island, we’re rebooting King’s Quest with all new episodic games and multiple series.”

So, wait. Is it a reboot, or a continuation, like TMI? Either way, this is enough to kill my productivity for the rest of the day, daydreaming about visiting Daventry once again in a brand-new CANON adventure.

In other Telltale news (in addition to what we learned earlier today), it’s also trickling out that they’re working on a Puzzle Agent 2, and that the first Puzzle Agent will be hitting PSN in the spring. In addition, according to Adventure Gamers, they’re working with Straandlooper Animation to bring Hector: Badge of Carnage Episode 1 to the PC, in addition to developing more games in the series. In other non-Telltale news, this is the best day of my life.