In a world-rending broadcast, a spokeswoman for Blizzard announced today that World of Warcraft will be dramatically shifting the tone of the game with their next expansion, Echo of Azeroth. In a marked departure from the game’s recent trend towards complex end-game raids, faction-driven world events, railroaded quest chains, cookie-cutter class optimization, and speed-leveling incentives, Echo of Azeroth will instead bring the focus of the game back to slowburn character development, sandbox exploration, and freeform questing. 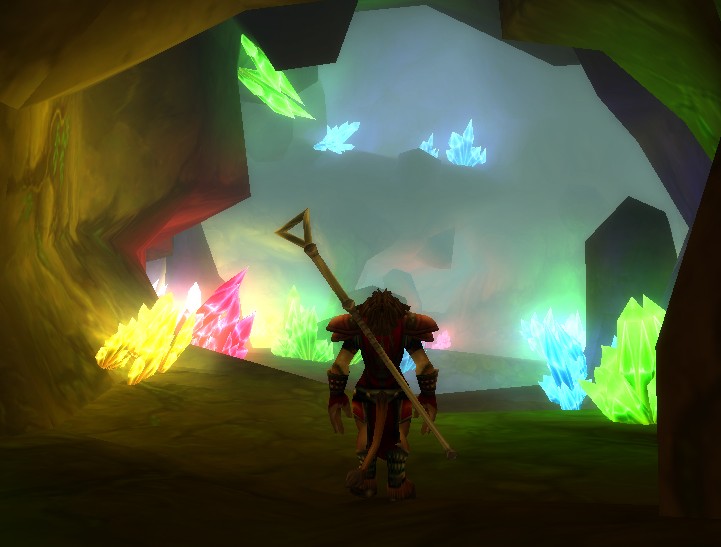 Remember when exploration was fun?

Why the change? “We have been seeing a huge negative backlash from players, who are upset with the current direction of the franchise. They have made it clear with their voices and their dollars that we are off track, and have fallen into the trap of giving them the gameplay we think they want, instead of what they actually desire. We have stripped the game of its soul, replacing the joy of adventure with the bait of Achievements. Every day, we see thousands of blog posts like this one from Peggy at momsgotdavoodoo.net:”

When I first started playing in 2005, I was enraptured by the world of Azeroth. Everything was new. There were countries to explore, stories to uncover, NPCs that needed my help… I felt like everything I did mattered, whether it was just swinging my staff to increase my combat skill, or seeking out a master leatherworker to complete my crafting specialization. I still remember my first wyvern flight, and the joy I felt at level 40 to finally, finally! have my own kodo. I was in control of my destiny, and the world was my oyster. With the completion of each quest, I felt more powerful and more respected, and I could actively see the positive impact I was having on the NPCs around me. Piece by piece, I shaped the world to my will. 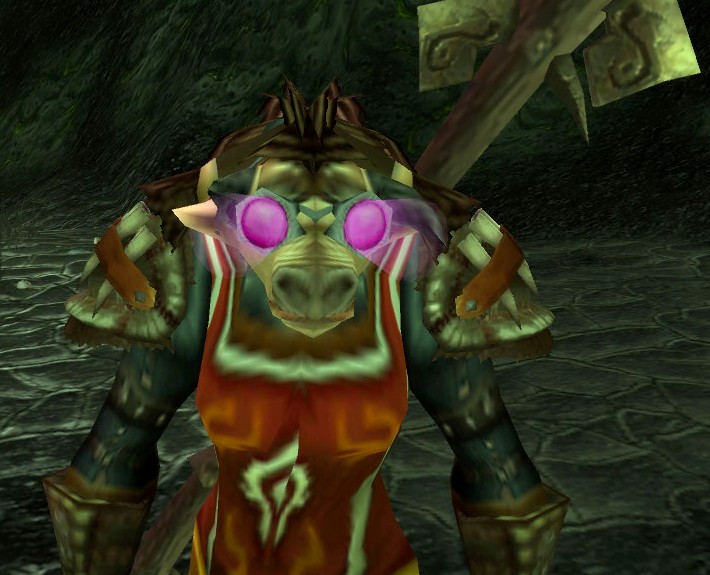 Everything looks wonderful through these rose-coloured glasses…

If I felt like distributing my talent points across multiple trees to create a character that better fit with my personal playstyle, I could. If I wanted to wear the gear I worked so hard to create instead of raid gear, there wasn’t too much of an appreciable difference in stats. If I wanted to run a dungeon with friends, it was an added perk, not a necessity.

I named my first character after my favourite high fantasy heroine because I was expecting to do great things. Now, ten years later, I have devolved into naming my characters stock puns like Pwnstar69 because they don’t mean anything to me anymore. I only create new characters to fill a need in our guild, and within days they are leveled to max with the “correct” talents, geared with the “correct” tier equipment, and sent off to farm mats for the guild, grind through dailies, or heal a raid party. I have no time for exploration or nostalgia, and even if I did, what would it matter? My old stomping grounds were destroyed in the Cataclysm. Now I am just a cog in the machine, whisked down the conveyor belt of quest chains toward the next world event gimmick (spoiler: another warlord, more battle preparations ::this is my surprised face::). Is this what fun looks like? or am I just going through the motions because I am too invested to stop? Can I even say I’m *playing* anymore?

Can’t we just return to the days of dancing on the Deeprun Tram, laughing at hidden geeky easter eggs, and being in childlike awe of what Azeroth has to offer?

“Well, Peggy, we’re listening. In early 2016, we will be releasing a new expansion that breaks away from the raids, world bosses, mandatory multiplayer dungeons, and PvP. Echo of Azeroth will reinstate many of the class and crafting features from the classic game, and will introduce variant quest opportunities within the core game locations, allowing for a richer story background and a deeper appreciation for the world you already know and love.” 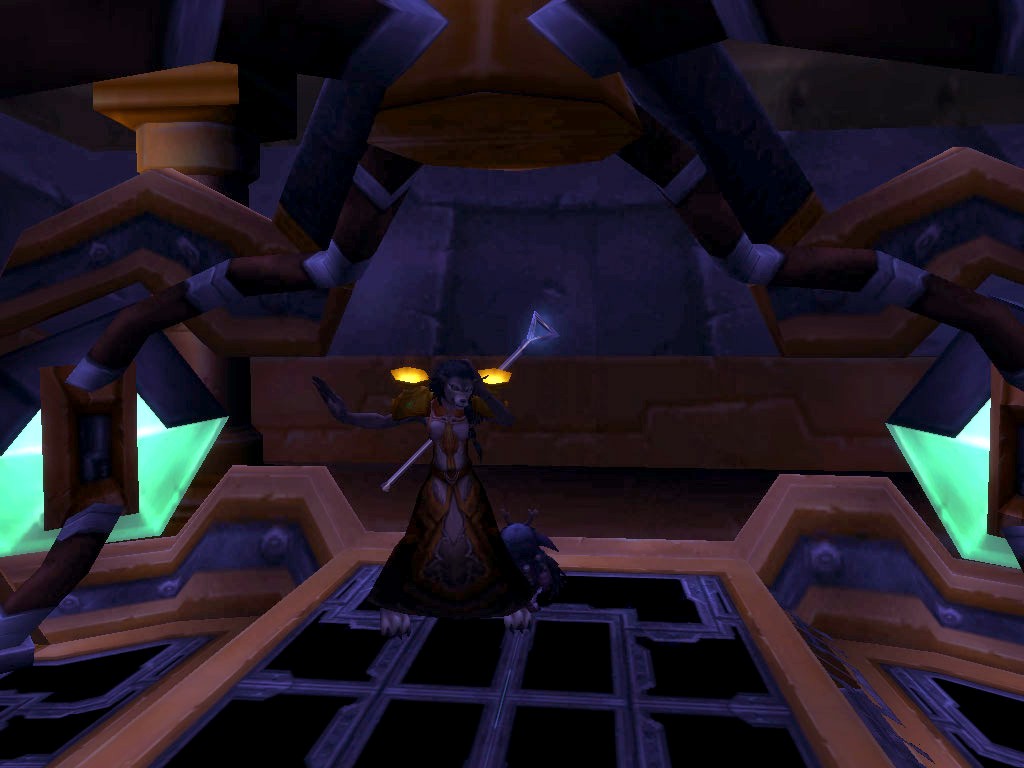 So, what does this expansion mean for players? From what I’ve read, the talent trees are going to be drastically overhauled and expanded, meaning a higher degree of customization and micro-tailoring. Crafting is also being expanded into several sub-specializations that require complex quest chains to advance and master, rather than focusing on hard-to-find mats. In a tip-of-the-hat to classic WoW, weapons will now have a skill bar that levels as you engage in combat. This skill level does not affect base proficiency, but provides your character with additional combat bonuses as you level up that are independent from class or racial bonuses. Finally, in a controversial move, experience gain is being slowed by 25%, with friend bonuses no longer applicable.

With Echo of Azeroth, there will be no new raids, battlegrounds, or world events culminating in dailies, but there will be an enormous number of new dungeons and quests. The kicker? ALL dungeons in the game, both new and previously released, will now have two modes, single-player and multiplayer. LFG? No thank you.

Another new feature is that each capital will now have a time hub, allowing players to travel to the past, present, or future. In the past, players are invited to re-experience the classic vanilla world (old graphics and all), but now with additional quest and story content, easier access to mounts and gold, and the ability to play as any of the expanded races. The present world contains all of the post-Cata quests and maps, but again with additional story content and dungeons. The future is where things really get interesting. Set more than a thousand years after the current timeline, it will show what becomes of Azeroth and the races that inhabit it. The locations will be familiar, but the factions, NPCs, cities, and adventures will be completely original. 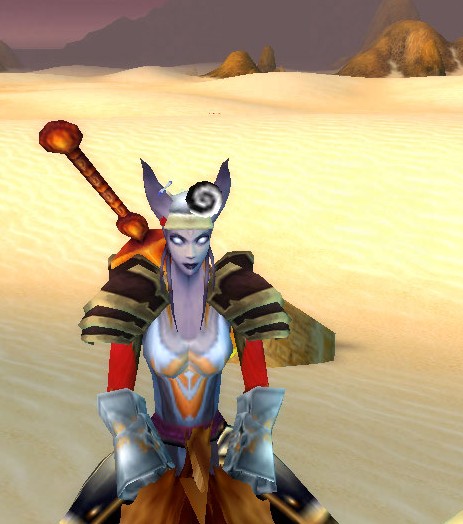 With our new mind control device, they’ll have to love this expansion.

Actions in one timeline will not affect the others, it is merely a mechanic for players to choose their gaming experience, and to delve deeper into the history of the game world.

As far as I know, Outland, Northrend, Pandaria, Draenor, and the elemental countries introduced in Cataclysm will remain basically untouched, and will be primarily accessible from the present timeline. I’ve heard rumors that there will be a few standalone quest chains set in the future that touch upon these locations, but that’s it.

There are also murmurs that Naga (Alliance) and Ogres (Horde) are being considered as playable races, which would be awesome. 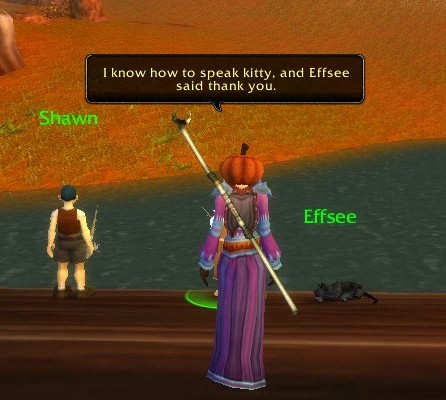 Thank you, Blizzard. Thank you.

This month in Link's Burden, Link comes across a bombastic opportunity.  Namely, a quick gander at Atlus's recent addition to the gaming world Izuna: Legend of the Unemployed Ninja for Nintendo's DS.