Remember Saturday? Saturday was a great day. You didn’t have to work, you hadn’t yet lost that hour of sleep due to Daylight Savings, and PAX East was happening, so there was still the hope—no matter how faint—that Square Enix was going to take the opportunity to announce a new Chrono game. Maybe you spent some time Saturday reading GameCola, and if you did, you might’ve learned about an Xbox Live Indie Game called Cthulhu Saves the World: a game hailed by yours truly as “one of the best Super Nintendo-style RPGs I’ve ever played, and I include actual Super Nintendo RPGs in that statement.” 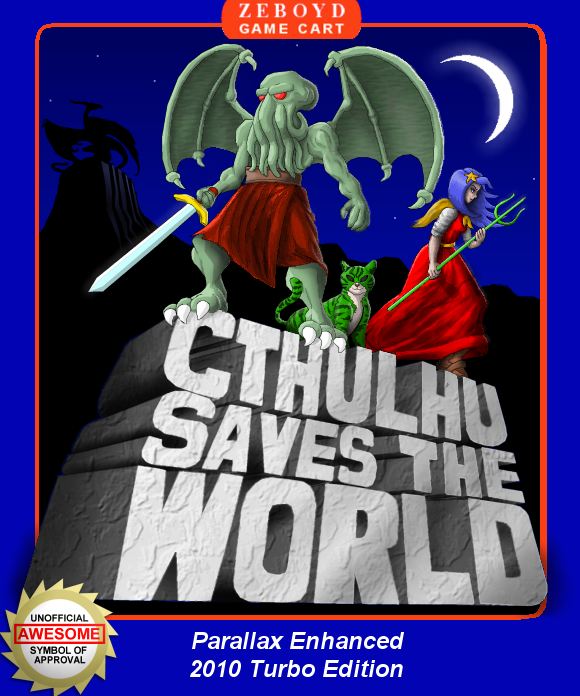 Well hold onto your tentacles: according to the game’s developer, later this spring, an enhanced remake of Cthulhu Saves the World game is coming to XBLI…and the PC! That means no more excuses, non-360-owners! You’ll have to play this game, or I’m taking your Internets away. (That’s right—all of them.)

The remake’s officially called Cthulhu Saves the World: Super Hyper Enhanced Championship Edition Alpha Diamond DX Plus Alpha FES HD – Premium Enhanced Game of the Year Collector’s Edition (without Avatars!), and it’s going to have new features like a director’s commentary mode, rebalanced gameplay, and a new mode in which, instead of saving the world, you have to persuade pretty women to save it for you.

And if you’ve already shelled out the $3 for the Xbox Indie version, you’re doubly in luck, because then you get the re-release for free. Praise be to the Elder God!

DisneyQuest isn't closing quite yet, but what are Disney's plans for the venue?