BioWare’s The Old Republic – Line was too long, so I didn’t get to see their demo.

Gearbox’s Duke Nukem Forever – Line was too long, so I didn’t get to see their demo.

Bethesda’s Brink – Line was too long, so I didn’t get to see their demo.

Bethesda’s Hunted – Line was too long, so I didn’t get to see their demo.

Sony’s SOCOM 4 – Line was too long, so I didn’t get to see their demo.

EA’s Battlefield 3 – Line was too long, so I didn’t get to see their demo. Also you had to be a member of their exclusive “Gun Club,” so fuck ’em. They think they’re so fancy.

OK, fine. Despite the place being positively lousy with lines, I was able to check out some cool things:

Valve’s Portal 2 -Valve’s been showing off the co-op mode of Portal 2, but what about the single player we know, love, and are compelled to play due to our lack of friends? That’s what Valve was exhibiting at PAX East this weekend. Valve’s demo makes it clear that comedy is still in the forefront of Portal 2, introducing new, funny characters like Cave Johnson, founder of Aperature Science and voiced by J. K. Simmons (J. Jonah Jameson in the Spider-Man movies), and Wheatley, a GLaDOS personality sphere voiced by British comedian Stephen Merchant (who worked with Ricky Gervais on The Office and An Idiot Abroad). Both characters were very funny and not a single cake reference was made. 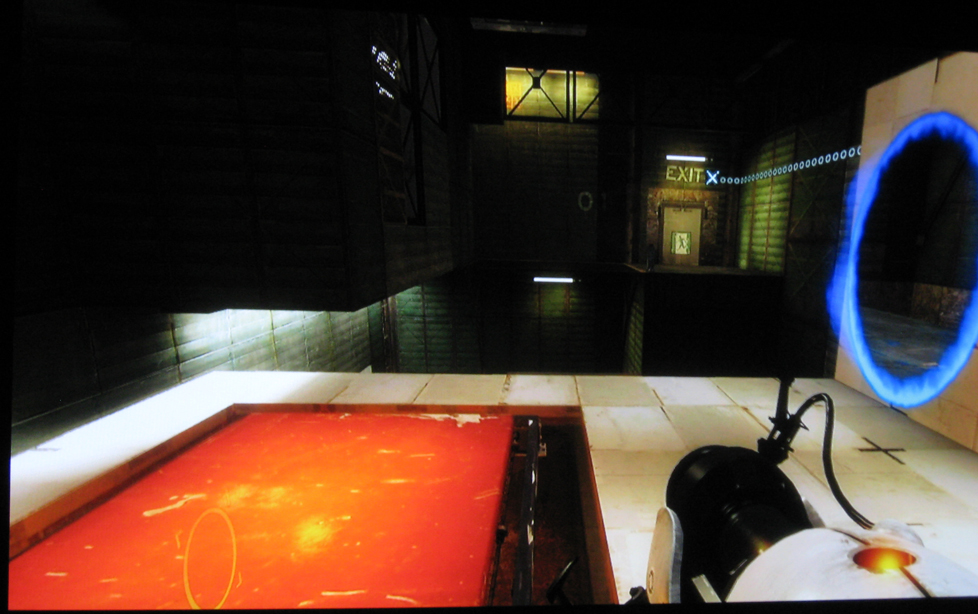 Also, Valve hasn’t forgotten that the true joy of Portal is its simplistic gameplay. However, it also knows that the original Portal clocked in at a svelte three or so hours, whereas Portal 2 is a full-length game, so a few new gameplay elements are being introduced. One of the only ones really shown at PAX were blobs of special blue paint that make any surface they touch super-bouncy.

Portal 2 is really shaping up to be Game of the Year material already—but will it unseat its predecessor as GameCola’s #1 game of all time? 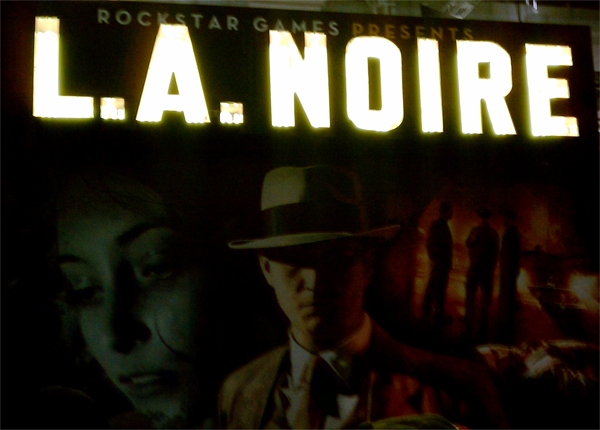 I say all this not because I hated L.A. Noire, but because I loved it. However, I am not, as Pee-Wee Herman might suggest, ready to marry it. You see, we’re still getting to know each other. From what I know of L.A. Noire, it’s a murder mystery game set in the golden age of Hollywood based on actual unsolved murders from the period, in which you must uncover clues, investigate crime scenes, and interrogate suspects. This sounds amazing, but I’ve been very scared so far that Rockstar’s idea of “uncovering evidence” is visiting a point on a map that triggers a pre-rendered cutscene in which you receive an item, and are told that Joe Badguy did the murder and that you should go to another point on the map to arrest him/shoot him in the face.

Thankfully, the demo has put to bed some of my fears. I was shown that investigating crime scenes is truly in your hands. I will say that it wasn’t particularly challenging to find clues, since many of them are tagged and cataloged before you even get to the crime scene, but it still looked like it added a fun, new crime-solving element to the game. Another entertaining (if a bit simple) aspect is the interrogation sections of the game. Believe people’s lies and you’ll miss clues; push too hard, and they’ll get belligerent and stop cooperating. Keeping a good balance between trust and doubt is what this part of the game is all about.

I may not be ready to go all the way just yet, but I left Rockstar’s demo hopeful that, some day, L.A. Noire and I will share the forbidden love that Pee-Wee Herman himself once dared to share with a fruit salad.

Nintendo’s 3DS – I did get to have some hands-on playing time with Pilotwings Resort on the 3DS. First, does the 3DS work? Well, have you ever used a ViewMaster? Yeah, it’s nothing like that. The 3DS is full 3D and it looks great, almost like you’re playing in some kind of magical diorama. It also has a setting where you can adjust the depth of the 3D effect, or turn it off completely. This is great, because that switch will probably be in the off position permanently after the first week of owning the 3DS, after you realize that you’re tired of the novelty of 3D and would like to play Pokemon Plaid/Paisley without getting a goddamn migraine. As for Pilotwings—meh, it’s all right.

Sadly missing from the expo:

Bethesda’s The Elder Scrolls V: Skyrim – Sure, they had the trailer that’s been out forever playing on monitors, but I was hoping to see a lot more of the game and have some questions answered. For example, will the guards still know if I pickpocket and kill someone in the middle of a dense 50-square-mile forest, or have they been stripped of their psychic powers? But really I just wanted a free t-shirt.

Sony’s The Last Guardian – I would have loved to see more of Team Ico’s newest game/art masterpiece. But really I just wanted a free plush guardian.

And a few other quick highlights: