There are as many grains of sand on this stupid beach: 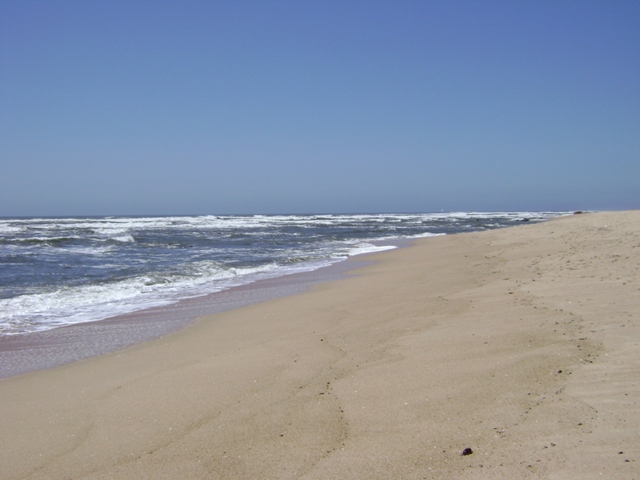 as there are shooters in the arcades. You can take them out one by one, but the pile just never seems to end. The beach stretches on, and on, and on. To play every single shooter would be a futile waste of this white-wash singular life that you somehow have. What’s the point? We’ll all be dead in a trillion, trillion years.

My recommendation? Simply never go looking for help. You’re all alone; your universe has officially ended. Cower alone on this endless stretch.

Shooter = a genre where you shoot enemies that spew a hundred bullets a second toward you, all of which can and will obliterate you in a single hit. You have played one. Therefore, by proxy, you have played them all.

Pick your poison. All shooter games are the same-old moth-bitten tripe. Reviewing them is as pointless as a James Blunt concert. Appreciating the differences between these games is like being able to tell which straw broke the camel’s back. Seeing as the camel’s back is broken, it doesn’t really matter which straw inflicted the final blow. Even if you could tell the games apart, all their slight differences come between all the gunfire and dying, something that comes as a certainty in these violent, rapid-fire arcade shooter games. So why do I constantly bother to play these completely identical videogames?

Let me tell you a story. It was the dawn of the Internet. Practically every home in the UK was connected to the monstrous thing by the end of 1999. It was slow-as-tits dial-up Internet boasting about 56k on a good day (which there never were). Because of how connections dropped like mosquitoes, filesharing clients ruled the Internet airwaves, and even as a youth, succumbing to the allure of the risque anime artwork shared on these networks was inevitable. Suffice it to say, I developed a keen eye for anime and could spot it from a mile away, through the thickest of thicket.

Something happened in 2002 when a 12-year-old Matt Jonas sieved out Gunbird 2 from the bargain bin of a GAME store, and purchased it on a whim because it had—gasp—ANIME ON THE FRONT COVER. If I’d have known that this would be the game that spawned my love for shooters, I would never have picked it up, because now I’m addicted to a genre where every game is the fucking same. This is how my fascination with waves of bullets began—a Dreamcast, Gunbird 2, and many, many hours. 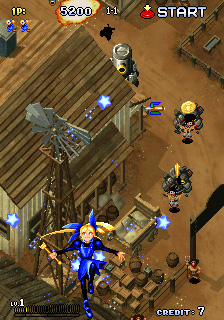 Gunbird 2 is a comical top-down shooter series produced by Psikyo. I mentioned Psikyo before in a “Versus Mode,” and with good reason: the company knows how to make a decent shooter, and then some. Their skill in developing such games is evidenced with Gunbird 2, a shooter that just doesn’t take itself seriously.

Gunbird 2 is packed with silly jokes and witty touches like sardines in the tightest of cans. There are jokes about fat people, sexual preferences, and age difference relationships, plus cute girls, bunny rabbits, sexual deviance, and a perverted homosexual old man with a massive eyepatch.

I don’t see why he insists upon wearing that eyepatch, because there isn’t any reason to: This game is stunning, in a must-see crisp sprite artwork and fluffy music kind of way. Fluffiness aside, the game is strangely rock-hard, a shocking reversal of its cutesy whimsical charms.

I have since discovered that it belongs to a sub-genre known as “cute-’em-up.”

Gunbird 2 was released with Gunbird on a PS2 collection, which is more Gunbird than you could ever stomach in a day. Or ever should, in your whole lifespan. The one large negative aspect to this collection is that the arcade version of Gunbird 2 is missing the Dreamcast-exclusive playable cameo from Morrigan Aensland of Darkstalkers fame. 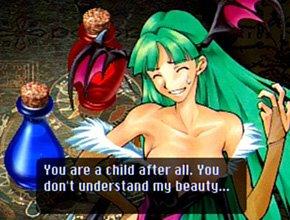 Oh but I do, Morrigan…

As a purist, totally-biased-toward-Sega pro-Capcom kind of man, I must insist upon the Dreamcast port of Gunbird 2. Alternate endings, high framerates, and rehashed enemy routes make the game last longer. The game can be played in single-player tag-play, revealing new ending sequences. It just seems to feel right, as well. The screen settings for people who want to play the game stretched result in slightly altered controls and a low amount of screen-scroll. This means, in simpler terms, that you don’t play a shooter that looks squished, like when stretching Deathsmiles or Guwange. 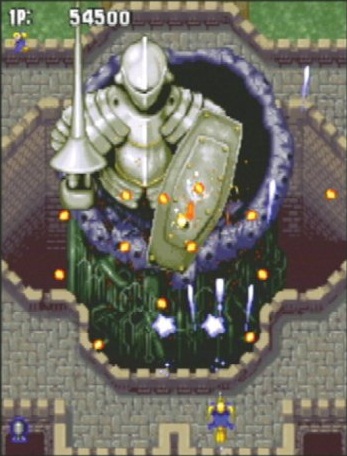 So why play Gunbird 2 if you’ve played other shooters before? Well, put simply: Gunbird 2 is pure good throughout. A massively sustaining arcade fun-blast with brilliant visuals that don’t get in the way. There’s such a thing as a “wow factor,” and Gunbird 2 is the poster boy.

Bullet patterns to learn, bosses to master, and a level select on the PS2 version means you can practice hard for those astronomic scores. If you’re a fan of the genre, you’ve more than likely already played this game to death, but if you haven’t, I’d suggest it for a quick burst or two. I’m glad, in a way, that fate drew me to Gunbird 2 as my first experience of the shooter genre besides Sol-Feace.

I bought it on a whim and haven’t looked back since, although I really probably should have. Gunbird 2 and the original Gunbird are well worth your time. Take a slice out of Gunbird and see if it sparks an obsession, like it did for me.

I don't even know where to begin with WCW Wrestling for the NES. It's one of the first semi-customizable wrestling games ever made? Upon playing this quality product, I'll admit I was excited about th