I came to a horrible realization recently: Ever since they started making the Twilight vampire movies, Konami has stopped making handheld Castlevania games. I used to buy a Castlevania game every year, and now, thanks to those sparkly vampires running real vampires off the stage, there aren’t any games for me to buy.

And so, I decided to remind everyone just how awesome Castlevania is by giving a recap of every handheld Castlevania game, starting with Circle of the Moon.

Castlevania: Circle of the Moon was the first Castlevania game I ever played. Unless I’m mistaken, the plot of the game goes like this. Count Dracula has been brought back to life by his loyal vampire servant, Camilla. For no apparent reason, Dracula has a patchy, homeless man beard. Dracula is planning to take over the world, when three vampire hunters show up: Buffy, Faith and…no wait, I mean, our hero Nathan, Morris the Mentor, and Hugh (aka Captain Whiny Butt).

Dracula kidnaps Morris the Mentor, then throws the other two hunters into a pit. Captain Whiny Butt starts whining. Nathan decides he’s going to travel through the entire castle, save his mentor, and force Dracula to shave. Thus, the adventure begins. 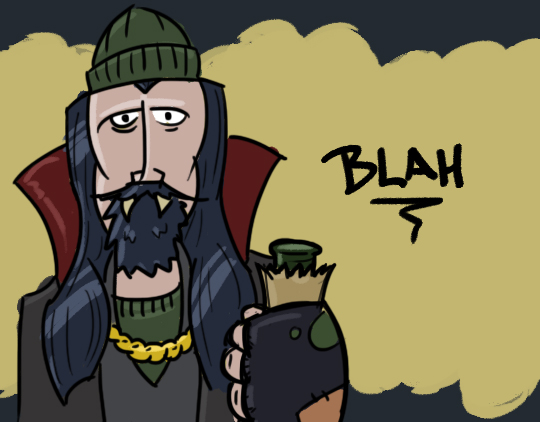 I can still remember going through the underground caves for the first time, trying to figure out how to move Nathan around the screen. The B button attack animation was so strange that it took me a while to realize Nathan was using a whip. A whip? Really? That’s going to take some getting used to. How do you attack with a whip, anyway?

And there were skeleton enemies who threw bones at you, which were easy enough to kill, but their projectiles still managed to hurt you even after they were dead. And there were bat enemies, which flew up and down and dodged the whip attacks. And dripping slime enemies took away half of my health before I realized they were poisonous. And then I died before reaching the first save point, and my reaction was, “Awesome.”

It was awesome, that’s all. The gameplay felt so unique to me, with the cool whip that requires you to attack enemies in a totally different way than in other games. Plus, the enemies had more complicated attack patterns than the basic “move up and down” or “move left and right.” And there were all sorts of upgrades, like the double jump which made exploring so much fun, and…gosh, exploring. It was just fun, exploring the game and going through every single new area. Especially the Eternal Corridor, my favorite section of the game.

The game also has a unique DSS fighting system, which involves collecting cards so you can do all sorts of crazy magic spells like “heal your HP slowly by standing in place” or “turn your whip into a fire whip” or “summon a giant thunderbird to attack all enemies on-screen.” The best part was that the game never told you what the magic spells did ahead of time, so you’d have to guess what the effect would be. I thought the DSS system was great, even though the whole Internet complained about it.

The game was surprisingly long for a platformer. I actually think it may be longer than the Zelda GBA game. All throughout the game, I was wondering how long it would go on before it would end. And because I kept revisiting areas, the answer was “very long indeed.”

The other thing I really liked about this game was that I could tie a rubber band around my GBA, so it would hold down the B button. That way, the character would constantly attack the zombie enemies in the first area. I’d let the game sit like that for several hours and come back to find out I had gained twenty levels. It was great.

Also, the game makes it seem that Captain Whiny Butt and Dracula have a…thing going on between the two of them. Now you basically have to kill Dracula, just to get that image out of your mind.

In conclusion, I give this game a ten out of te—oh, wait, this isn’t a review. In any case, Circle of the Moon was a great game, even though it had nothing to do with circles or the moon. It was a really strong first game for the GBA Castlevania series, and everybody loved it, even if Dracula needs a shave.

On the last episode of the GameCola Podcast, we discussed the fact that Luke (from the Professor Layton series) has a different voice in the US and UK releases.  My latest Layton walkthrough is for t