In my last article, I reviewed a game about zombies, and spent the majority of the time talking about bacon, and also how the game didn’t really need to include zombies. With a title like The Baconing, what can you expect this time? Is there a lack of pork-flavored pork in this game, or are there enough (sausage) links between the title and the story? Read on to find out!

First, the basics. The Baconing is the third game in the DeathSpank series. Just what is a deathspank? Well, I’d never heard of it myself, but with a name like The Baconing, how can you go wrong? It’s an action-RPG, and while it certainly doesn’t live up to, say, Secret of Mana, it’s a sizzling good time for you and another cooperating humanoid friend or loved one. It plays much like the Dragon Age demo I played that one time, but instead of controlling a pompous, angsty group of adventurers and a-holes, you play as DeathSpank, hero to the downtrodden, in a sarcastic and quippy world of irony.

An inevitable decision in any man’s life, DeathSpank elects to wear one too many thongs simultaneously to help assuage his boredom. This unleashes the Anti-Spank: the yin to your yang, the Bowser to your Mario, the pork to your beans. Frankly, I’ve never understood why everyone tries to combine those two. But I digress…DeathSpank must venture forth into the world, fighting wave after wave of enemies and unhinging each thong of virtue from his heroic crotch. But you can’t just toss these thongs into the Dumpster; they must be plunged into pits of bacon fire. It’s a bit like Lord of the Rings, but instead of wandering around New Zealand for 3 hours x 3 movies, you’ll come across five bacon fire sites just scattered around the world, with no whining hobbits anywhere.

Rather than oozing with crackling, salty bacon grease, the game leaks stereotypes, silly characters, and premises, and it parodies the RPG genre. You’ll acquire silly items like the “Helmet of Goggles,” with equally silly item descriptions. The game has a healthy serving of puns, jokes, and goofy activities, but much like Lunch Lady’s Doris’ seemingly endless supply of creamed corn, The Baconing should be taken in small doses. You’ll need time to absorb the jokes and swish them around in your head. Gameplay wise, it’s a serious game that doesn’t take itself seriously. The graphics and camera make you feel like you’re controlling a hero character from Warcraft 3. You can spend time equipping yourself properly, or allow the game to auto-equip your best gear. It’s also easy to get around the world. If you thought Flammie was convenient, you’ll be happy to learn that DeathSpank utilizes an advanced, carefully installed network of outhouses that serve both as a respawn point after death, and as a series of tubes, allowing you to travel to any outhouse you’ve previously discovered. The only thing you’ll have to manage is your backpack space, as you won’t be able to carry everything you find. The game even provides lost-and-found boxes in case you accidentally misplace key game items.

The game also has a great drop-in/drop-out multiplayer mode akin to New Super Mario Bros. Wii. The second player doesn’t have equipment to manage, but they can choose from a variety of crazy companions. While you have to share a health bar with DeathSpank, each of the allies has some form of health-restoring ability, such as eating corpses. While local multiplayer is great and certainly better than nothing, I feel that a downloadable title should have an online multiplayer component. There are online leader boards, but honestly, who really cares about leaderboards in a local game? 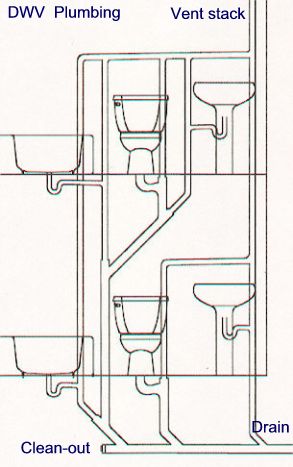 A series of tubes

This is my first DeathSpank game, and even I felt downtrodden toward the end of the quest. Since the game only features physical attacks and a “super move” you can use after filling up a gauge, there isn’t the battle variety that other action-RPGs offer with magic or tech trees. But if you’re looking for regular trees, or a game with a simple battle system that may leave you feeling like a brainless zombie, but still has some pretty nifty puzzles and brain teasers, then strap on your thongs and head on over to the PSN or XBLA shop and pick up this title. At the cost of $15, you’re certainly getting your money’s worth, especially if you have a buddy to play with on-site.

Above all else, the Dragon Quest series is famous for one thing: games that aren't worth actually completing. You know where the storyline's headed, and it's not worth leveling up for another six hour