If ever there was a pure Grade-A example of how to make a videogame that is exactly the same thing from start to finish, and is dull within one minute, then Comic Jumper wins with a standing ovation, with honors in Post-Modernism. Dull, however, through the tedium of the game control and progression, and not from its purely delicious visual styles.

It’s a game that knows it’s a game, making constant references to its developer and to gaming clichés. After Eat Lead, I thought that there couldn’t be another game that would do that successfully, but then Desperate Struggle spoiled me rotten with all the great jokes. I figured that maybe Comic Jumper could point out some of the hilarious tropes of the comic universes, and it does. But betwixt this sandwich of satire are gratuitous helpings of Gunstar Heroes. The only difference here being that Gunstar Heroes is actually fun. Sliding down a skyscraper using a robot babe as a snowboard.

The storyline focuses upon one Captain Smiley, a cheerful and self-fascinated superhero with a giant smiley face for a head. On his chest is a living star, creatively named…”Star.” The two have an odd-couple relationship, which is the basis of many of the game’s jokes. Captain Smiley’s comic book readership has plummeted, and until he can get his act together, the series has been given the axe. In the meantime, the grinning prick must guest-star in other comics, where he most unsurprisingly makes a muddle of everything.

In order to appear in other comics, Captain Most-Boring-Character-Of-2010 must “Comic Jump,” using technology loaned to him by Twisted Pixel, who are the developers of the game. However, they are also in the game’s universe itself. Headache? Yes. There are also references and pure steals from Twisted Pixel’s earlier works, ‘Splosion Man and The Maw. It would be fine if these references weren’t as overdone as a charcoal steak.

The gameplay of Comic Jumper is where I have the most complaints. For the most part, it feels like what Treasure’s Game Boy Advance Astro Boy game would have been if Tezuka’s pride and joy had a sack of potatoes tied to his back. The movement isn’t free enough, and that is something you really hate by the time you’re in the middle of a gun-fight.

Which you will be. 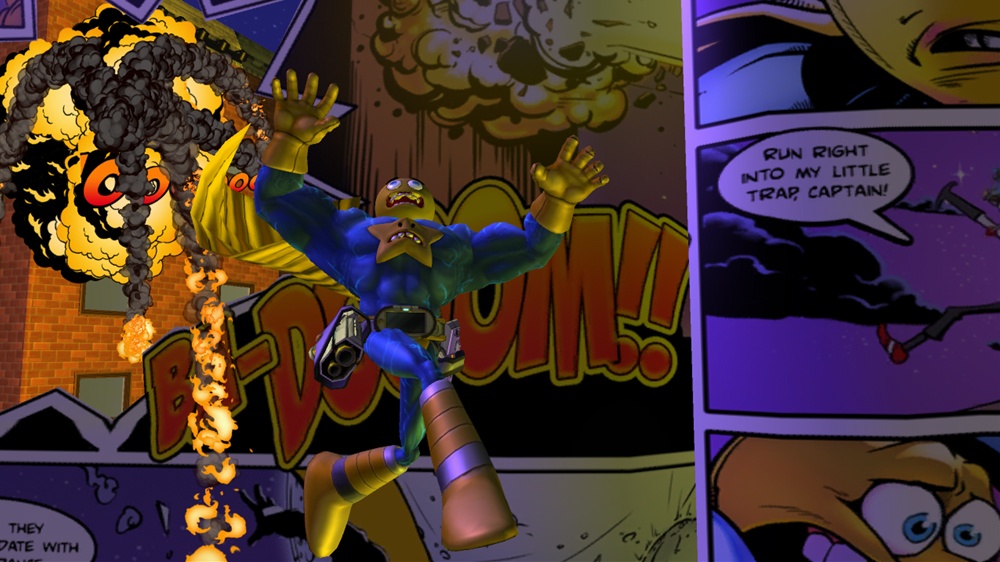 Nothing short of a visual feast.

Occasionally, the stage will switch to an auto-scrolling section similar to a Metal Slug chase sequence. During these sections, you will be inundated with thousands of enemies, all of which will decimate you in a matter of nanoseconds. Funnily enough, these sections have the fewest checkpoints. The game may often switch to an over-the-shoulder camera, but the controls and experience are entirely the same regardless. The entire game is comprised of these sections, which very quickly wears off the creativity and “chicnes” of the action sequences.

And this is the only area where Comic Jumper backfires. For all its excellent jokes and the fantastic cast, you’d be dumb to call the game anything other than a chortle-fest. The most disappointing thing is that you only find yourself bolstering onward for the satisfaction of freshly squeezed Gamerscore and the outlandishly superb sense of humor. 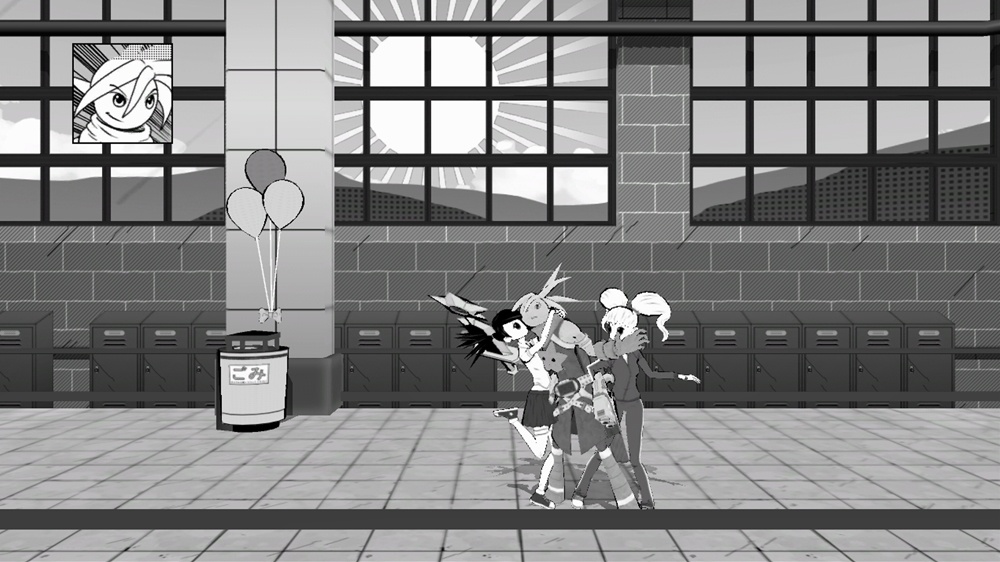 I know it defeats the point, but the manga levels would be better in color.

Comic Jumper has its heart in the right place, but the body that it inhabits is a dull empty casket reminding us all of what it could have been. Too much of the development time seems to have been spent on the collectibles, where the time could have been better spent balancing out the difficulty, or maybe just adding a wuss-out option for the harder sections of the later levels.

Any game that takes the piss out of manga is fine with me, though, and the three levels based on the fictional Cute Cutie Kid Cupids manga series are absolutely worth playing the game for, as are the ridiculous racial stereotypes and sharp wit. The Origami Kid will have your stomach rumbling with laughter. Had the game been less mundane, perhaps I would have enjoyed it more.