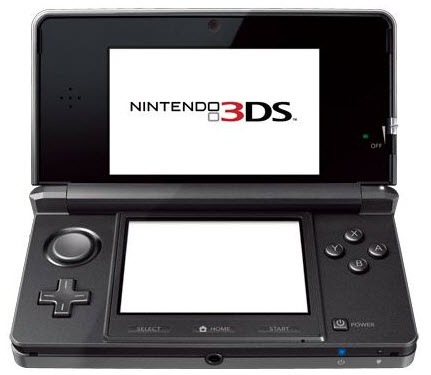 The Nintendo 3DS has been out for a week now. Personally, I haven’t purchased a 3DS yet, because it’s too expensive, gimmicky, and I don’t want to play any of the 3DS games they’ve made. But I’m still interested in seeing what’s been going on with the 3DS, so I looked up the latest news stories about the system.

1. Nintendo says that it is their best-selling handheld system EVER. But when asked how many copies they sold, Nintendo refused to comment.

2. The 3DS has some hardware problems, and Nintendo is already recommending that people install their latest software update. According to IGN’s official poll, about a third of the people who own a 3DS have had it crash unexpectedly.

3. The 3DS is comes with a lot of fancy applications, like a Mii creator and a pedometer. Unfortunately, it looks like they weren’t able to finish two of the applications in time: the Internet browser, and the Virtual Console. I’m not sure if this is a big deal or not, but it seems kind of unfair.

4. By this time, I was hoping to find some positive news. Well, there is some good news. We have new pictures of Legend of Zelda: Ocarina of Time 3DS. There was a huge hoopla made about how the remake is completely different than the original, but to be honest, they kind of look exactly the same. The new version just has updated graphics, that’s all.

Press X to get drunk and sad.