Seven Bullets is a Choose Your Own Adventure book of the modern age. Caught somewhere between one of those Goosebumps adventure-choosing books and older digital adventure games like early Space Quest, installments the style is certainly a novel one. And boasting about 280,000 words, novel isn’t too far off. Suffice to say, this is a very particular genre of game and probably not one that suits everyone. There’s no controls, no pictures within the game, and no music. Text and choices are all you’re going to get—but trust me, you’ll get a lot of it.

I’ve sunk quite a few hours into this story and I’m pretty sure I haven’t even scraped the surface. Potential plots range from saving a facility from mutants to something having to do with space trains, though a large number of paths I took ended up with some unsettling trips through the underworld. However, the setup is always the same. You’re a retired assassin whose sister has been kidnapped by your old boss, and your goal is to rescue her. Being that you are an assassin to begin with, you’re not necessarily the nicest fellow and far from a silent protagonist, so sometimes your character can be a bit more crude and mean spirited than you’d like. However, Seven Bullets makes it pretty clear from the beginning that you don’t have to go on an all-out killing spree if you don’t want to. However, sometimes choices can lead to unexpected consequences or limitations. For example, one time I opted to take a more direct route into a guarded building than just sneaking around because I was on a time constraint. Apparently, that meant I wished to waltz in guns-ablazing with no concern for my own well-being. I was promptly shot. This is not indicative of the vast majority of the choices you’ll face, but the times it does happen can be frustrating.

There are more features to this than simply text, at least if you’re playing on a version that is not the simple e-book version which plays out much more like a traditional Choose Your Own Adventure story. For one, you can create several save points so that you can go back to choices throughout and not have to sift through many different choices to get back to a certain fork in the road. This is very useful if you’re planning on getting as much of the story as possible. Additionally, there are achievements that you can get as you progress. These achievements range from successfully saving your sister to damaging a ton of public property. Each one gets you some reward, which could be an in-depth commentary on certain aspects of the story or just a simple picture, depending on the particular achievement. The only really solid complaint I have about these is sometimes they spoil what will happen further down the page, such as a character betraying you or your imminent failure. The notification and description pops up as soon as you go on the page where the event happens, so it can really take the punch out of the reveal if it’s a few paragraphs down. 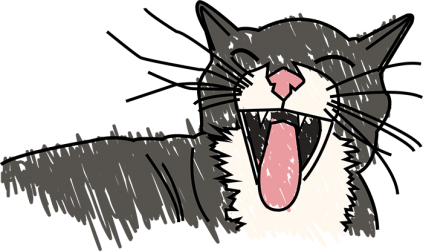 One example of a reward you can get: An artist’s rendition of the author’s cat

Another thing you collect as you read through the story are various stat points including, but not limited to, Sly, Force, Infamy, and Kills. While gaining high numbers in a few will win you some unlockables, generally the point seems to be to show you how you acted with the choices you made. However, even when trying to be one particular stat above the others, I usually got a fairly even spread which made the whole system feel kind of pointless at times. You would gain points based on particular actions in the story, noted by highlighting a word or phrase which you could select to see what points you got (or lost). Again, while this does show some insight into what the author thinks about your decisions, in terms of a final product they seem a little pointless.

At the end of the day though, Seven Bullets is still an very engaging experience. It’s almost like experiencing a serial TV show going down various plotlines in an interconnected sort of way. You can play it for free here—or if you fancy the e-book version, you can buy it on Amazon, iBooks, B&N, or Smashwords, though note that the achievements, unlockables, and points are absent from the e-book versions. Finally, if you feel like supporting the author further you can purchase the Twine version on Jeddy’s favorite site, itch.io. Happy Assassining!

Hot off the presses, everyone! GameCola's Head Editor Paul Franzen recently sent out a staff e-mail, wondering if GameCola needs a new slogan.