Snark Busters 2: All Revved Up! is the sequel to last year’s Snark Busters: Welcome to the Club. It’s pretty much the exact same game, with minor improvements.

This game is a hidden objects game, where you find fragmented hidden objects. It’s divided into six different areas: the main character’s house, an abandoned circus, an airship, a TV studio, a dinosaur museum, and somewhere else that I forgot. The whole game takes place in a well-illustrated steampunk fantasy world. 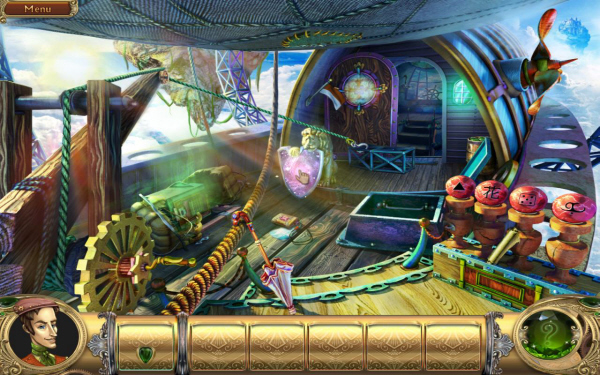 There are three things I particularly liked about this game. The first is the automatic hint timer. The timer has been decreased from thirty seconds to fifteen seconds. Now you get hints in half the time! That’s great for people like me who are not so enthusiastic about finding hidden objects, or people who are just really bad at hidden object games.

To my surprise, the second thing I liked about this game was the music. In the original game, I didn’t really pay any attention to the music, but this time around, I was totally rocking out to the theme. I’m suspicious that the music was exactly the same in both games, but for some reason, it seemed better in this one.

The third thing I liked about this game was Mirror World. The first game had a nice Mirror World mechanic, where you could go through mirrors to reach Mirror World, the mysterious backwards version of a level. You had to go back and forth between the real version of a stage and its Mirror World counterpart in order to beat the game. I liked this mechanic, and everyone else must have liked it, too, because the number of trips to Mirror World has been noticeably increased in this game. 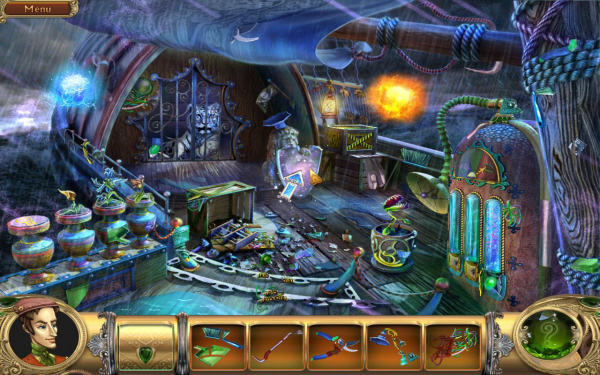 This is the Mirror World version of the previous picture.

The first game didn’t have much of a plot, and this game follows in its footsteps. It stars Jack Blair, a famous racecar driver, who has nothing better to do than wander around from area to area, trying to find something called “The Snark.” Oh, and he’s supposed to find his long-lost grandfather, too. But really, all he does is wander around from place to place and occasionally mention the two plotlines.

Jack makes a lot of snarky comments, just like Kira did in the first game. You’re either going to find them annoying or humorous. I was hoping that, this time around, there would be a pun about how our snarky hero is searching for The Snark, but no dice.

One downside to the game is that it ends so abruptly that you’ll ask yourself what the snark just happened. Our hero unlocks the final “go to the next level” door, but instead of going through it, he bypasses it completely and skips straight to the ending cutscene. I’m about 90% sure that they were going to have another stage there, but they cut it out of the game.

The long-lost grandfather has an awesome mustache.