Here at BeardCola GameCola, we aim to bring you the latest information on beard development in the videogame world. Good news for Bethesda Softworks/Elder Scrolls fans! The next Elder Scrolls, Elder Scrolls V: We’re Starting to Run out of Provinces for Our Games to Take Place In Skyrim, will be bringing back dragons, as well as everyone’s favorite facial feature: beards! 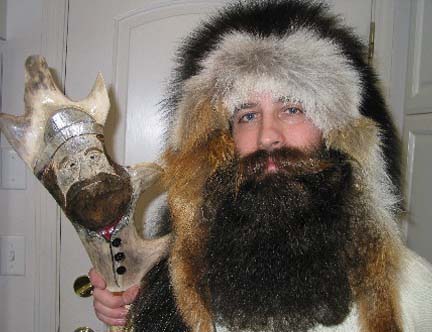 If you’ve ever created a custom character in a Bethesda game, you know that you can meticulously adjust your character’s eyes, skin tone, cheek bone structure, and other things. While Fallout 3 hosted a large quantity of beards, it still felt somewhat limiting, not to mention that New Vegas didn’t add any new beards. Why not throw in a few Tex-Mex beards? There were many styles, but there were all short, 2D beards. If I want to look like Grizzly Adams, then let me do it! If my beard gets caught in some chain mail armor, then so be it. Hell, let me enchant my beard to increase my personality rating, just like they do in real life!

The games have a fair amount of hair styles, but the problem with hair is that it’s obstructed by your helmets; an epic beard would always be visible. Skyrim will be on current-gen systems, so they should have taken the time they usually take to target a new game system and enhance the beard system. Hopefully they’ll hire on some beard consultants to get the intricacies of beard physics down pat.

This is the most difficult review I will ever write. Don't get me wrong—I know exactly what I feel about Rocket Knight, the long-awaited new adventure for one of the 16-bit generation's cult heroes.