I play colorful platform games because sometimes the perfect cure for a nervous breakdown is to regress into childhood. I’ve mentioned before how much I love the Crash Bandicoot series, which makes this review a very difficult one to write. This game could have (and should have) been better.

Crash Bandicoot: The Wrath of Cortex sees our marsupial maniac spin and jump his way through what I believe to be a harder version of Crash Bandicoot: Warped. The game is extremely formulaic, copying a great deal from its predecessors. It is to the third installment what that game is to the second. This is another case of more lives than you could ever need, hard-as-nails bonus sections and mediocre graphics.

It’s true that Wrath of Cortex was developed for multiple formats, and not by Naughty Dog, who gave us the original Crash Bandicoot games. Even after taking those obviously degrading factors into account and accepting them, though, I’m still slightly disappointed in the game. But, the team behind this game went on to produce Crash Twinsanity, a stunning return to form for our Bandicoose. 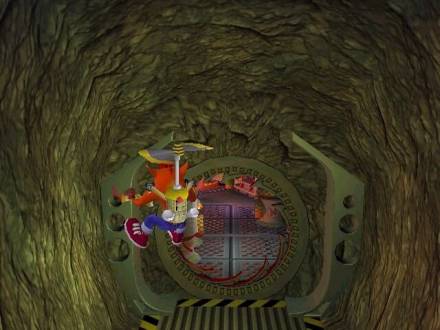 When you’re trying to emulate the classic Crash Bandicoot gameplay (specifically from when the series was perfect—Cortex Strikes Back and Warped), the one thing you need to get right is the physics. Crash seems to have this odd floaty feel to him in Wrath of Cortex that he doesn’t have in any other game. He seems like he glides through the stages. The camera sometimes fails to keep up, causing you to inadvertently spring straight into an enemy or obstacle just around the corner.

That’s cruel, but it’s not even the beginning of it. Some of the bonus areas are specifically inhumane, though the great thing about them is that you can try them as many times as you like without losing any lives. There are fewer checkpoints in this game than I remember in Cortex Strikes Back or Warped, and this leaves long sections that you have to perfectly memorize to make your way through.

The game can be frustrating for this very reason. Instead of being able to read the screen and guess a good approach around the enemies, sometimes you’re destroyed without even realizing it, requiring that you then take the level at a snail’s pace, trying to see when an enemy is going to fall on top of your head before it happens. 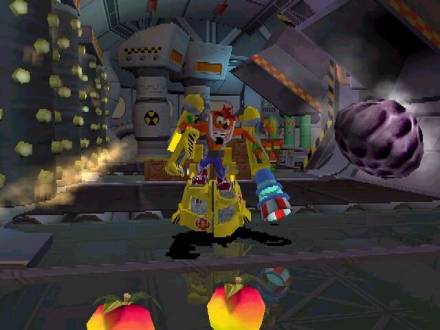 One of the redeeming features of Wrath of Cortex is that many new ideas are brought forward. That’s not something I expected when I glanced at the back of the box and thought, “this is Crash Bandicoot 3 again, isn’t it.”

For starters, Coco the Bandicoot is now fully playable. In other words, you’re not always forced onto the back of a jet ski or a tiger pup. Granted, these stages were some of my favorites from Warped, and it’s great to see the return of many of these starring Coco. But, actually being able to play as Coco on foot (even though these stages are short) is still impressive, as her sections feel a lot more like classic Crash Bandicoot.

The other elements, such as the rolling ball stages and the robot suit, make me quite glad that another team had taken up the reigns from Naughty Dog. Would we have seen these features if it weren’t for Travelers Tales? They were able to put their own spin on the Crash Bandicoot franchise, which keeps the game at least a little fresh. 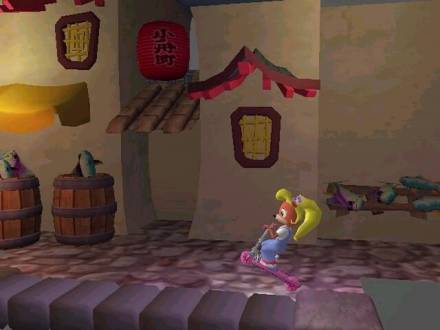 Wrath of Cortex and Crash Twinsanity (the game released two years later) are both smashing, though the later brought back the much-needed humor and beauty then missing from the Crash Bandicoot series. Despite Wrath of Cortex being mighty ugly, it stays mediocre and mostly honest to the original material in all other areas. It’s a difficult game to hate, but also a difficult game to recommend.

You can get this game on the Xbox, GameCube, PlayStation 2 and as a downloadable game on the Xbox 360, where the Xbox disc is also backward compatible. If you’d rather play a Crash Bandicoot game that takes elements from this title but remains truthful to the classic gameplay, consider the Game Boy Advance games. This is the last console Crash Bandicoot game to use the level-by-level format, excusing Crash of the Titans, which I may rip into for your pleasure at a later date. 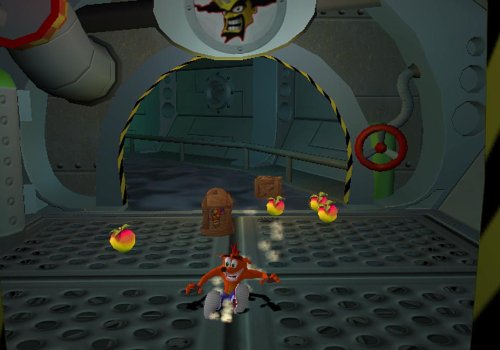 Grab this sucker cheap. There have been worse Crash Bandicoot games; that’s for sure.

I came into this game expecting The Curse of Monkey Island, and what I got was Super Stealthy Crate Mover 64.