The Spell Breaker Quest: A Price Ivan Adventure is an adventure game that was made in India. I looked up the game’s country of origin, because I could tell within the first five minutes that this game was not originally written in English. 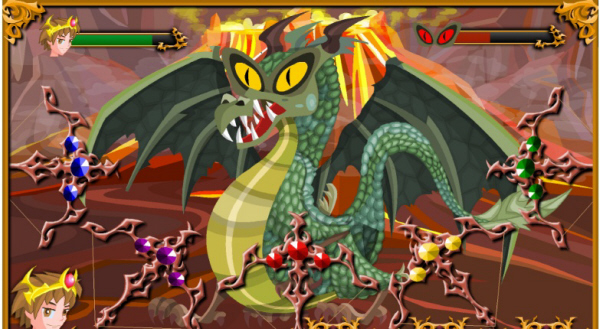 The dragon is confused by the game’s translation.

The plot of this game is that Ivan is a prince. His parents are dead, and apparently, they didn’t tell him that he has three older sisters who were trapped by an ambiguous villain. Can Ivan break the spell on his sisters?

I’m pretty sure Ivan can’t save his sisters, because I got completely stuck on the sixth puzzle, and I had to quit playing. The puzzle was one of those “touch the six items in the proper order” puzzles, and it was impossible to solve here because:

The hint system had this helpful advice to give: “solve the puzzle.” Thanks a lot, hint system. Even when you take the in-game clues into account, there are 96 possible solutions. I’m not going to try out every single one until I stumble upon the so-called “correct” solution that the game is looking for. 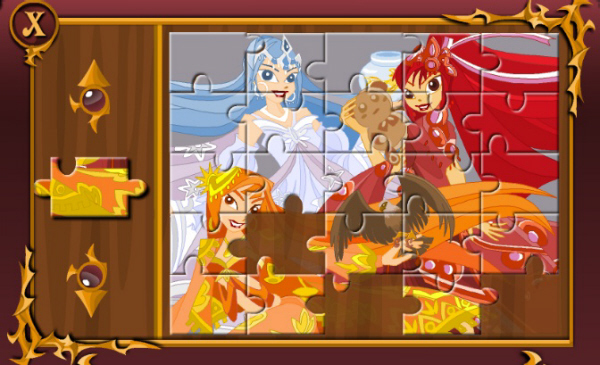 Ivan’s three sisters. He learns they exist after solving this jigsaw puzzle.

I liked this game, because it seemed kind of interesting. It’s a longish puzzle/adventure game, with thirty or so screens. The stylized graphics look nice, too, but I think one of the best parts of the game is that it’s highly compact. This game only takes up a little more memory on your iPod than Solitaire does, despite being much longer and more complicated than Solitaire. So the developers definitely did a great job in terms of memory storage.

Of course, there are downsides to the fact that the game uses as little memory as possible. For example, the game’s loading screen is completely blank. The first time I saw it, I thought the game had crashed. Also, there’s only one song in the entire game, which gets constantly looped. It’s not a particularly good song, and eventually, you’ll just turn the sound off to avoid getting irritated.

Another problem I had with this game was the touchscreen controls. The controls are just fine, unless you double-tap on anything, including on areas that you can’t interact with. When you double-tap, the whole game goes out of whack and you get crazy lag, sometimes coupled with the loading screen of non-existence. 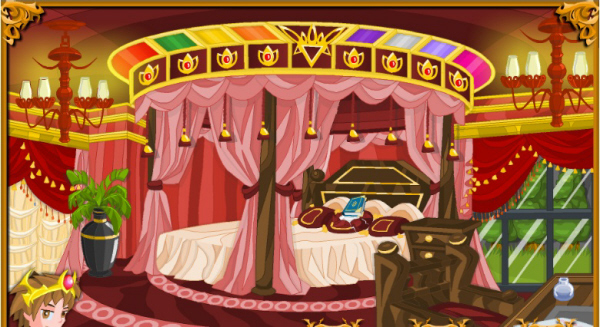 The exit to this room is between the first and second bedposts. It took me a while to figure that out, because it is clearly not an exit.

In conclusion, The Spell Breaker Quest is an interesting-looking game, but it is plauged with numerous problems, including a non-ideal translation, puzzles that are hard to solve without a healthy dose of luck, and controls that don’t always work the way you want them to. If you can get around these problems, then you can probably enjoy this game. If not, well, Ivan’s lost sisters are going to remain lost forever.