This month, we have an OH-SO-AMAZING SUPER EXCLUSIVE PREVIEW! You will just not believe how I was able to come up with this scoop for you fine folks. But don’t dwell on that. Just enjoy the DEBUT preview of the one game that everyone will be talking about for the next 10 to 20 years.

The Witch and the Hundred Cavalrymen (PS3) 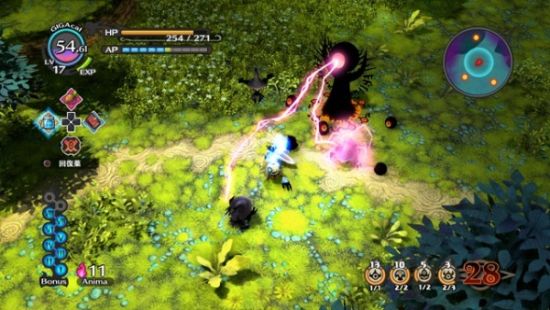 Man…that is one bad-ass name. Who cares if it’s way too long. “Calvarymen” is a word that more game titles need!

Now, there isn’t a ton of information out there about this game quite yet. However, what is out there is the stuff that dreams are made of. Open-world action RPG?! SIGN ME UP! Of course, this probably means it will be absolutely terrible, or just never see the light of day in North America. It’s also being billed as a “dark fantasy.” Nothing wrong with that, but this game is from the people who made the Disgaea and Atelier series…and the revealed art is quite similar! I just don’t know how dark super cutesy anime can get.

Hopefully, it’s another solid installment in a genre that has been quite lacking in the last few years.

So another Dragon Quest game is in the works. Shockingly, it looks exactly like the last two installments. Another grindtastic adventure complete with magic and swords is on its way to a videogame shelf near you!

I know some people really love these games, but there is just a tinge of sadness to all of this for me. The original Dragon Warrior was one of my earliest and most favorite games. Now the series has become what I used to make fun of Final Fantasy games for being: just a formulaic series with a big enough brand to sell lots of copies. A  Japanese Call of Duty on a smaller scale? Well, it isn’t there yet. But it sure is headed in that direction. 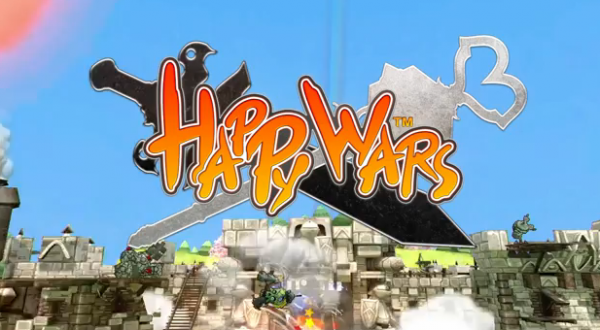 The logo looks like something they lifted in the dead of night from a Square Enix warehouse, but the game looks like a lot of fun—chaosy, explosivey fun. 15 on 15 widespread combat online! What more could you want? It reminds me a lot of Fat Princess in both looks and gameplay. With more cell shadiness, and minus the fat princess, and with a heavier focus on combat. The combat and just the game in general also seem to have a much greater depth than anything Fat Princess has. I don’t really know what genre this will be classified in when all’s said and done…but it sure looks like a ton of fun shall be had! Let’s hope that it does not disappoint.

That is the answer to the question “They’re still making games for the PSP?!”

Apparently, Hakuoki: Demon of the Fleeting Blossom is an “otome” game. I had to actually look that one up. An “otome” game is pretty much Twilight, in the form of a videogame. Which, of course, is probably pretty unappetizing for most of the people reading this. Then again, it IS an RPG, so a few people may be interested in it!

Look, I won’t be rushing out to buy this game, but I am quite curious about it. How will this do in North America? The female gaming population has been steadily growing for years, but there still are very few games aimed at them that aren’t specifically for children. Can this start a new trend? Is this something gamers are even interested in? Many questions! Will they be answered? No. But it is still all very interesting.

In the end, there is just one thing I hope for: a review of this game by Matt Gardner. Someone make it happen!

Life in the Dorms (XBLIG)

What is Life in the Dorms, you ask? Why, upon hearing its name, do you feel compelled to buy copies of it for every person you’ve ever known? I’ve actually played this game—a first for the Psychic Thumbs!—and it is SPECIAL. Listen why.

It’s being developed by Moment Games. Who do we know from Moment Games? The one, the only, PAUL FRANZEN, of course. Life in the Dorms is straight from his Franzbrain. You may despise indie games. You may have sworn an oath of hatred against adventure games. If so, then this might not be the game for you. But if you enjoy those sorts of things, then you should really check this game out! It’s a fun and humorous adventure of a boy who’s just starting out college. Complete with noodles. A true coming-of-age tale! Oh boy…I am getting misty eyed just thinking of its splendor…

Wow. Pretty powerful, eh? I’ll let you just stand back and take all that amazingness in for a few moments…

OK! It’s OK. I know your lives have been forever changed after reading all this. However, you should be used to that by now. It happens every single month!…that THE THUMBS remember to make an appearance. The most stunning thing to remember is that the best has yet to come. Next month? MORE.

Yeah, I know. I am so generous.

Don't let the name fool you, this game stands on its own, meaning you won't have to have played the first one to understand what is going on (which is convenient, since the first one wasn't released o ...