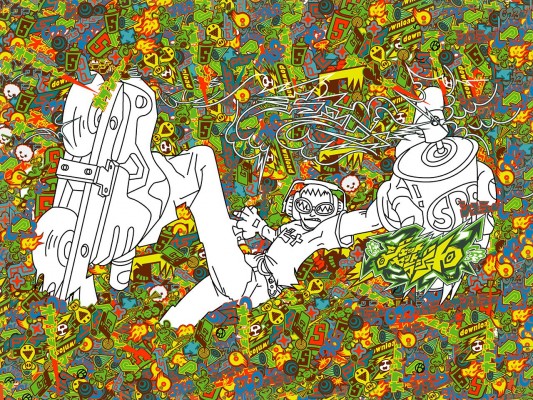 Sega released a teaser today for the newest Dreamcast game being re-released in HD. Names weren’t given, but let’s just say it looks like PSN and XBLA are about to get Beat.

Whether it will be released as Jet Set Radio or the less-sense-making Jet Grind Radio is unclear at this time. I, for one, look forward to drawing custom graffiti wangs in full HD.

In this column, I don’t really review games. There are others on staff who are far more qualified for that task, mostly because they are actually willing to sit down and play a game all the way thro ...