Welcome to another fabulous edition of the all-seeing thumbs. What is right around the gaming corner?? These thumbs will lead the way—the way to GLORY!! …OK, maybe just the way to a list of games that will be coming out sometime in the future. Still a pretty sweet deal though, right?

You know the answer. 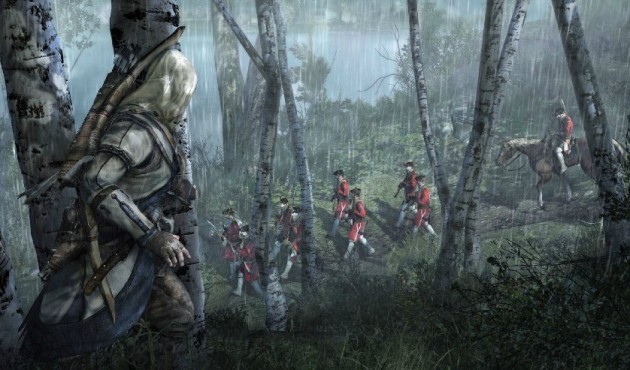 It is a little weird, though. That white hood just looks out of place in the middle of the woods with a tomahawk. On the other hand, it should create some NEW- and DIFFERENT-ness, right?? Perhaps it will be enough to get me into the series. On paper, it’s something I should be loving to no end. Actiony assassinery all over the place! But alas, I am the least stealthy assassin there ever was. Kind of a problem. Also, half the story put me to sleep. Since it was the half that most persists through the series, I am probably out of luck.

But I must say this game still has me intrigued. It is probably the arrows. Who doesn’t love arrows?! I will definitely be looking into this game. …Eventually.

Duels of the Planeswalkers 2013 (XBLA/PSN/PC/iPad)

They keep making these things, and I just keep buying them! Just like the actual cards, I can’t escape!

If you enjoy Magic: the Gathering, these games are hard to avoid. Each new edition brings a few changes and new decks! How could you let all of that just sit there?! Being a downloadable game, it is a relatively cheap way to get your Magic fix in, and keep up with the new cards, too. The new editions are different enough to make it worth it. Plus, you can crush your friends! Everyone loves crushing their friends. 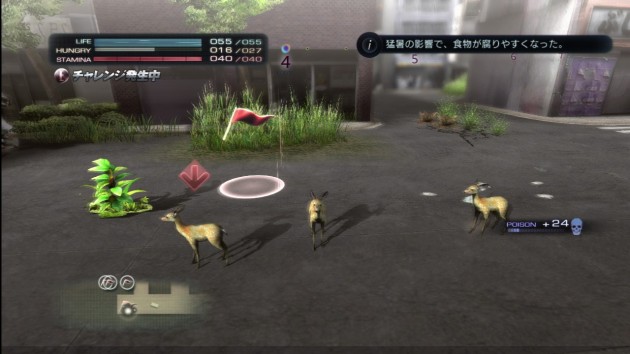 So while I was trying to find out more information about this game, the word “WACKY” popped up roughly 2.1 million times. Mostly coming from the developers. This is not a good thing. While I am all for some wackiness, when it is the sole tenant behind your game…I am not sold on it!

Apparently Tokyo Jungle is a survival game set in a future where Tokyo has been taken over by various zoo creatures. Somehow a horse and a Pomeranian play a prominent role. It just sounds like they are trying too hard. A fun and WACKY platformer that would make a nice little skit or something, but much like a Mad TV sketch, will just keep going and going until you cry out for an end. AN END WHICH WILL NOT COME.

When talking about this game, people like to use one of the Psychic Thumbs’s favorite words: DIABLO. Thus, it must be discussed! Diablo in Disneyland. It sounds like just what anyone craving more pony-level action would want!

Lately there have been a lot of diablolike games coming out. Which is a little odd, because only a few came out in the TWELEVE years between the last two Diablos. I would’ve thought that people might have aimed for that loooong gap, instead of right after the release of the newest game in the most popular series in the genre. I guess they’re just really amped up for some hack-and-slash fun! If you’re a Diablo fanatic, though, you may be tired of all those dirty dungeons and fire pits. A amusement park-ish atmosphere could be just want you wanted!

OK, with “Dungeon” right in the name of the game, you probably won’t be able to avoid ’em completely. Still! It should be quite different. Or at least slightly different. It comes from the publisher of Magicka, so one can only hope for a whole bunch of griefer greatness to add a whole new level to the gameplay! 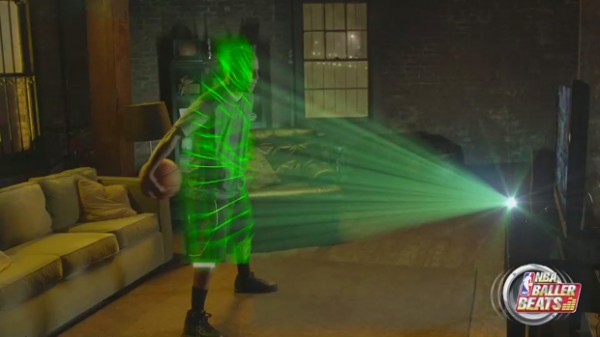 Back when the Wii was first coming out and Guitar Heroes were all the rage, I was complaining a lot about the abundance of games based on everyday tasks we really didn’t need a game for. Well FINALLY, the makers of those sort of games heard my cries, and they decided to change it up a bit: NBA Baller Beats combines music and dribbling! Something you very much can not combine outside of the videogame world. YES!! So many times you’ve been wandering around with your beloved basketball. Just wishing you could somehow bring the joy of music to yourself and those in you vicinity. Now you CAN.

…Well, no you can’t. As I have stated above. But this game lets you experience what that joy might be like!

So, honestly: bad idea, or the worst idea? I am torn. It is pretty horrendous, but there are so many ideas out there that could possibly be worse. I mean, there is at least a loose connection between basketball and music. It could be like…I can’t think of something sillier, but I assure you, it is out there! [Editor’s note: I believe the word you are looking for is “Wonderbook.”]

Well, that ends this Feature Presentation! I do hope it fancied your feature needs while being oh-so-presented. Come back next time, when we will hopefully not be in a future filled with basketball beat games.

But let’s face it: There is only a dim hope of that not happening. Dribbling beats will rule our days, and nights. I will bow down before our bouncy overlords and hope they have sweet mercy on me for all of my very unforgivable words. See you then!

So now, to celebrate the grand re-flowering of Meteo Xavier, I re-introduce myself with a re-view...of DOOM for the Jaguar.