For the past six months or so, Nintendo has been dropping little clues and hints about the next Legend of Zelda game. It’s going to be a fantastic new adventure and–

Ha ha, just kidding. Making new games is hard. Instead, the next 3DS Zelda game is going to be a remake. Nintendo just needs to decide which game to remake: Majora’s Mask (N64) or Link to the Past (SNES).

The Case For Majora’s Mask

Remember Legend of Zelda: Ocarina of Time 3D? It was the best Zelda remake ever. First of all, it had no new material whatsoever. Second of all, it was not made by Nintendo. Third, its main selling point was being in 3D. If that is not a recipe for success, I don’t know what is.

Well, Nintendo can easily repeat that success story with Majora’s Mask. Just pay someone else to update the graphics again, and you’re golden! That’s an easy $50 million in the bank.

The Case for Link to the Past

Link to the Past is a 2D game, and that is exactly the kind of game the 3DS needs. Nobody ever uses the 3D effect for more than five minutes, because deep down, they wish they were playing a 2D game. Link to the Past would fill that two-dimensional void in people’s hearts.

Plus, that’s the game where Link has pink hair. Everyone wants to see more of pink-haired Link. 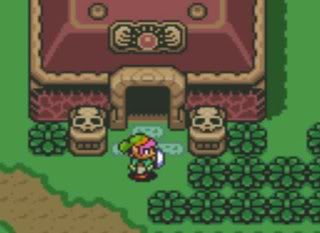 Mr. Zelda himself, Shigeru Miyamoto, says that he hasn’t decided which game to remake yet. He’s leaning toward Link to the Past, but that would take longer to produce. Also, he’d probably get bored with the project halfway through, then start a completely new game, using the same engine. You know, sort of like how they almost finished Skyward Sword, but then they decided to completely redo the game from the beginning again, so it could use the Wii Motion Plus.

Here is my verdict, which is sure to please everyone: Remake both games.

It’s simple! Hand off the Majora’s Mask remake to the company that did the Ocarina of Time remake. They can easily finish that by 2013. In the meantime, start working on the Link to the Past remake. Since it will “take longer to produce,” they can aim for a broad release date of 2014. That’d give us Zelda games in back-to-back years, or at least something close to that.

On this tender and poignant episode of The GameCola Podcast, Alex Jedraszczak, Christian Porter, Nathaniel Hoover, and Paul Franzen discuss the controversial issue of videogames. Topics included in th