To prove that ‘Hyrule’ at videogames, I’m playing Ocarina of Time 3D.

This little gem is a complete and utter improvement over its original release back in 1998, and it should be, given that they’ve had a million years to improve it. Enhanced graphics, music and gameplay have resulted in a more finished version of this game. On the downside, though, very little else has changed.

The length of time between the Nintendo 64 version and this remake has given Nintendo and co-developer GREZZO ample opportunity to add the content cut from the original release due to time constraint. How about the two missing tunics, the cut magic spells or the planned Sky Temple? What a wasted opportunity.

Were they just sitting on their arses doing nothing for all this time?

Am I clutching at straws? Hell no. If Super Mario 64 DS could add an extra three playable characters, new stars and levels, then why can’t Ocarina of Time 3D do the same? This is not rocket science; if you’re remaking a game, go that extra mile and really rack up the amount of stuff you throw in. 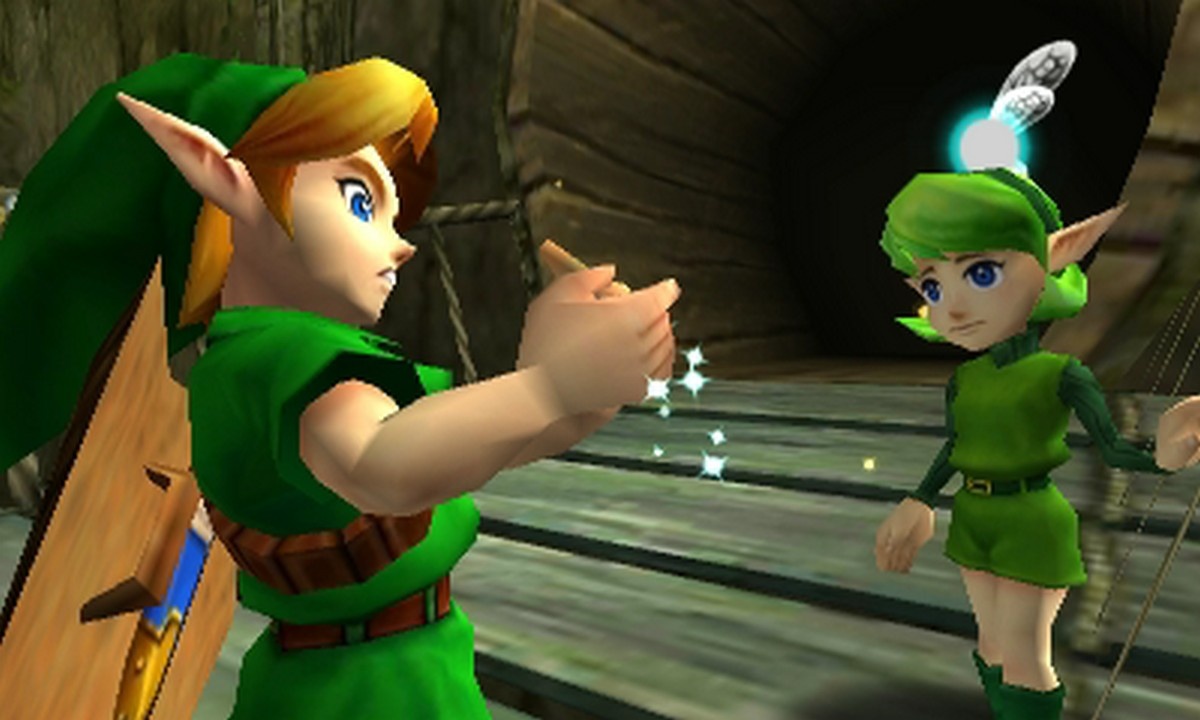 I am not going to let this go. Three years after Super Mario World came out on the Super Nintendo, a second version was released. The re-release added a full graphical update which resulted in Luigi having his own sprites, and no longer being a recolor of Mario. It also contained the entirety of Super Mario All-Stars. For the price of a new game, you got two. [Ed.: Actually, more like five!]

Give Nintendo a little while, and they’ll go out of their way to improve. Give them over a decade, and we get Ocarina of Time with a paint-job and some tinsel stapled to the edges.

To describe this game all you need to do is read any review for the Nintendo 64 version, and add a sentence at the end saying, “and the 3D effects were OK.” The game hasn’t changed. Jeff Day once asked me, “Why re-mold a perfect vase?” and all that. This is why, Day. There are standards now, because games have actually improved since 1998. Not just graphically, but also from a technical viewpoint, as well. Increasing the polygons and re-drawing the textures is nice, but the lack of new content really reminds us that Nintendo (much like Sega) is profiting from the past. 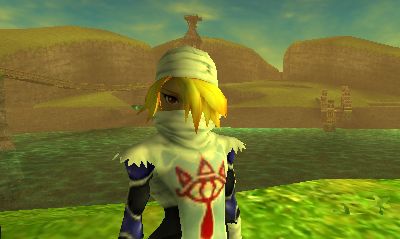 Despite the 3D effects, Sheik is still flat-chested.

I hope you’ve been ignoring the advertising, hype and response from magazines. Once-respectable publications have been giving out perfect scores to Ocarina of Time 3D like they’re fashionable.

Perfect scores are not fashionable. One thing that appears to be fashionable, though, is re-releasing old games without anything new added. Yes, I am still bitter about this, 10 paragraphs later. All of the media output has been complete fanwankery. The writers involved in gaming publications where impressionable young’uns when the game came out, like I was. Their opinion is a complete bias. 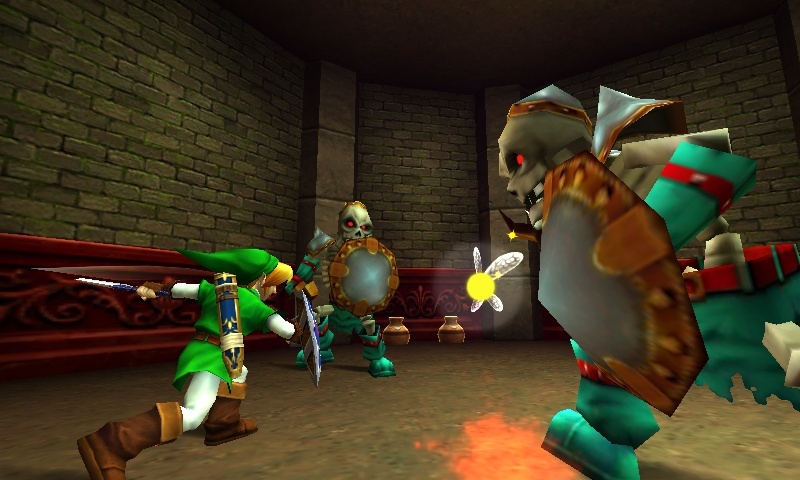 Fighting ‘Stale’fos. Get it? It’s funny because they’re boring to fight.

“But they fixed the game, Matt. You should be happy. Normally you complain that nobody patches anything.” Fine, you got me.

Only this once, mind you.

This release of Ocarina of Time isn’t some run-of-the-mill ROM and emulator package. For your forty bucks, you’re getting your forty bucks’ worth. You blow ten dollars on the Xbox Live Arcade version of Sonic Adventure and get a mediocre port, but the money you spend on this game gives you what you deserve, at the very least.

Many bugs have been removed (many others have been kept in by Nintendo’s request), and the game itself appears more sturdy and finished than its GameCube and Nintendo 64 releases. Like I said before, you’d have thought so, given the amount of time they’ve had. 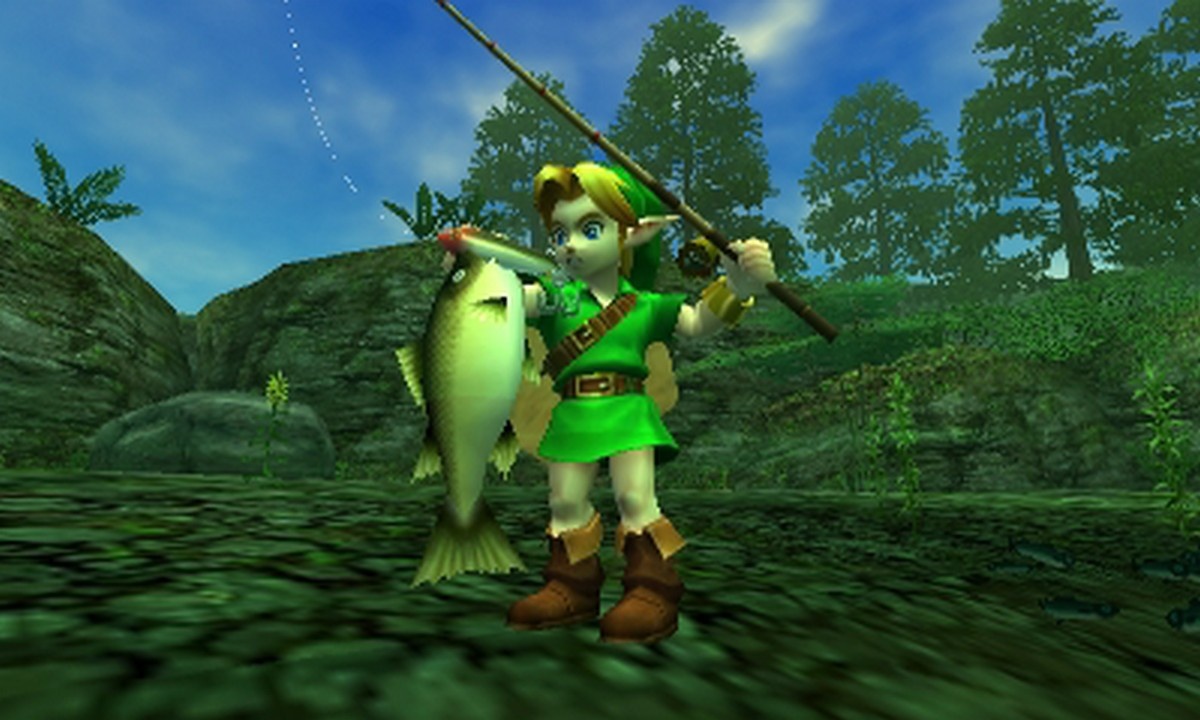 Thank you for being honest with us about your elite fanboyism for the Legend of Zelda series. Go out and buy Ocarina of Time 3D, and I’m sure you will not be disappointed, since it’s the exact same game and all.

Well, did you know that Ocarina of Time (and the superior Majora’s Mask) are available on the Wii Virtual Console at a significantly lower price? Also, seeing as so many copies were made, picking up a second-hand Ocarina of Time cartridge for your Nintendo 64 will be easier than you think.

Then don’t consider this just yet. Wait until you feel the time is right. Hang around for a price drop and scan online retailers occasionally, because you never know when a good offer might change your opinion.

This is the best opportunity you have to witness one of the freshest and most uplifting, enlightening, and exciting games of all time. I believe that it is your unwritten duty to experience this timeless classic and appreciate why so many gamers would blissfully award this game a perfect score. 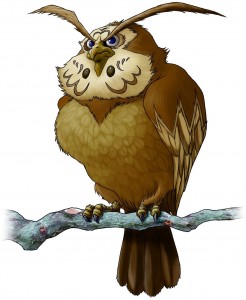 “Would you like to hear what I said again?”

The brawler genre hasn't died yet!