This classic GameCola article was originally published in April 2009.

Welcome to “Oh, the Humanity!”, the column that reviews various videogame-based spin-offs. Nobody’s heard from this column for a while, because the old columnist, Zack Huffman, had to quit for the sake of his sanity. In fact, I’m told that he still weeps uncontrollably at the thought of videogame movies. Unfortunately, this means that the task of warning everyone about videogame-based horrors has fallen to me.

Speaking of horrors, it’s time for a pop quiz, readers! Which of these two things is worse?

a) Paying $130,000 for a degree at Santa Clara University and being valedictorian of your department, only to end up applying for the cashier job at Round Table Pizza because the hundreds of people you’ve sent your resume to have completely ignored you.

b) Not getting the cashier job at Round Table Pizza.

Answer? They both suck. Trust me. I know. But something that sucks just as much is the SCU Career Center The Miles Edgeworth Files, a book based off the Phoenix Wright videogame series.

The Miles Edgeworth Files is a manga,1 which is a type of Japanese comic book. You read it from right to left, which is a stupid gimmick the traditional Japanese style. And while that’s a pretty good idea, it doesn’t work in translation, because Americans read from left to right. In this translation you have to read the pages from right to left while reading the text from left to right, which is guaranteed to make your brain explode if you try to understand it. 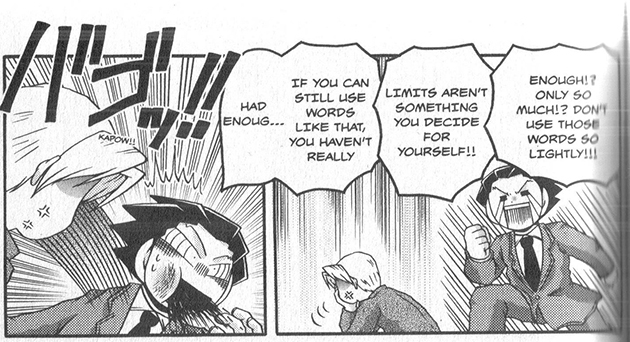 This book is a collection of twenty or so different comics, written and drawn by different people. Obviously, the best thing to do in a situation like this is what the Archie comics company does: establish a baseline for all illustrations. That way, even though the different comics don’t look identical, they look similar enough so that there’s no confusion.

Sadly, this is not the case.

Each artist drew his or her own comic differently. Most of the artists favored the weird bobblehead-style characters shown above, presumably because lack of artistic talent doesn’t affect the quality of those pictures. Only about two of the stories have characters that look identical to their videogame counterparts.

And there’s no consistency between the stories. Edgeworth’s hair will switch from white to black to gray between stories, for no apparent reason whatsoever. What’s annoying is when the drawing styles switch in the comics themselves, and you end up seeing things like realistic Edgeworth talking to Bobblehead Gumshoe. 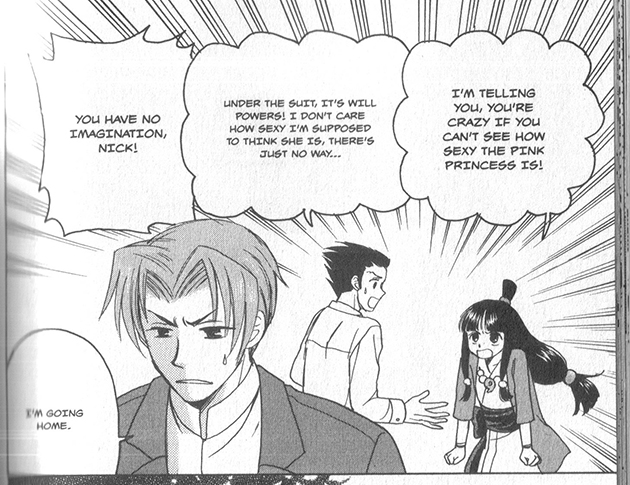 This is one of the better stories in the book.

OK, so maybe the picture quality isn’t ideal, and it’s hard to understand the plot. But it’s still a Phoenix Wright book, right? That means the stories are good.

Excuse me while I laugh harder than Detective Luke Atmey.

These stories read like bad fanfiction, instead of “official” casebooks, as the cover brags. Sure, sometimes the stories are based off the games, but more often than not, the stories are littered with confusing, out-of-character moments, like Edgeworth dressing up as Phoenix, Edgeworth returning to his twelve-year-old self, and Edgeworth dreaming about Maya while he takes a (cold?) shower. 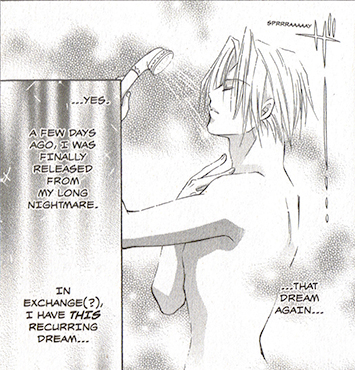 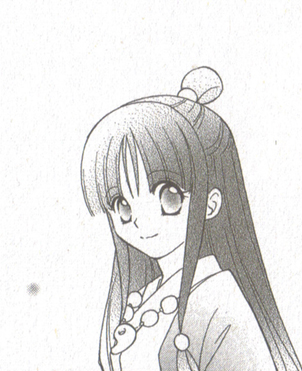 Yeah…Edgeworth fantasizing about Maya. If Edgeworth were real, he’d probably sue for libel.

In all fairness, however, three or so of the stories are interesting/worth reading. Just like how only about three of the drawings look liked the videogame. I say Capcom fires everybody but those three artists if, God forbid, they decide to make another book.

Also if they decide to do another book, I think they should have pages larger than postcards. Maybe this just comes from reading too many full-page American strips, but they could have done a LOT better with bigger pages. That way, they wouldn’t have to spread each story across twenty pages, with an average of four panels per page. I mean, give me thirty minutes and a full piece of paper, and I bet I could do a halfway decent job at getting a story across in one page: 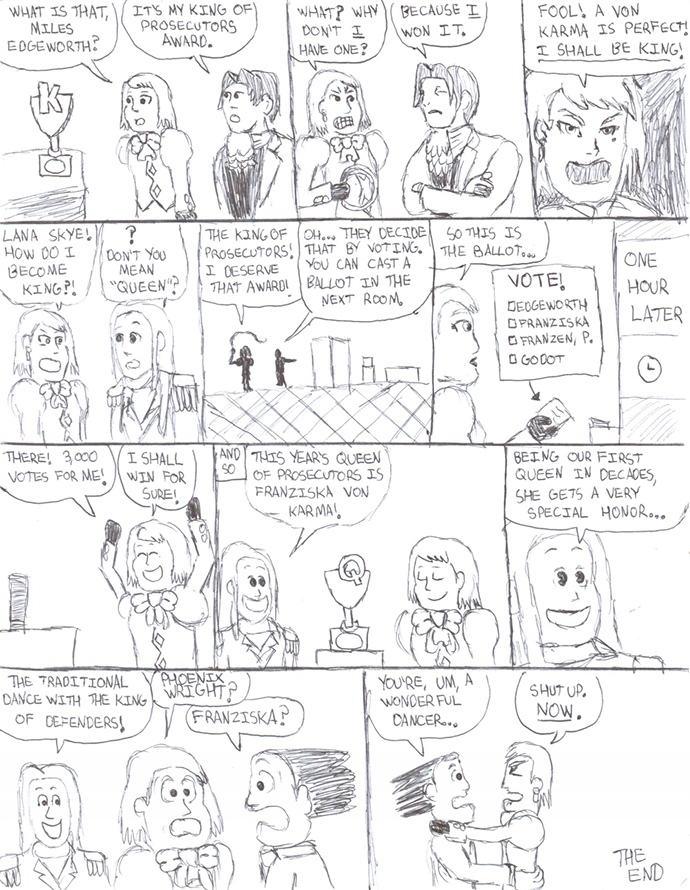 Anyway, in conclusion, I recommend buying this book if you work at a hospital that’s running low on vomit-inducing devices. Other than that, stay away. GameCola officially declares this Phoenix Wright manga to be something the Japanese producers should have never made.

Wow, for a guy who has never played a Sonic the Hedgehog game in his life, I sure write a lot of articles about the series! Anyway, I have received breaking news on the latest Sonic game, which was r