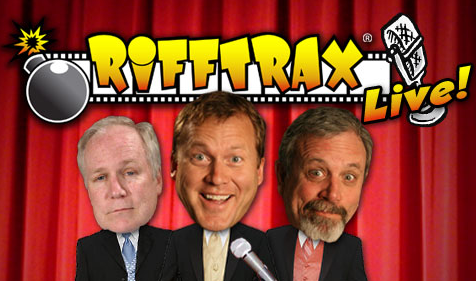 Fans of Mystery Science Theater 3000 likely need no introduction to Mike Nelson, Bill Corbett, or Kevin Murphy. As for the rest of you—this is Mike Nelson, Bill Corbett, and Kevin Murphy. They’ve been making fun of movies for a living for about 20 years now. Today, courtesy of Joystiq, they’ve taken their sights off of movies and decided to skewer a handful of videogames, instead. Watch and enjoy.

I know a lot of previously bad games would sell like hotcakes with the addition of Rifftrax soundtracks. Sewer Shark? No thanks. Sewer Shark with Rifftrax? ABSOLUTELY.

And, apparently, I missed it when they did this a few months ago for IGN, skewing Gears of War:

For the past five months I’ve been trying very hard to hide the fact that I’m just a poor man’s Seanbaby. This month I’ve officially given up, because this month's heap is all about games star ...