I’m not generally a big fan of browser-based games (though I’ve been known to make an occasional exception), but I saw a trailer for Why Am I Dead? about a month ago—a game that can only be described as a noir murder mystery combined with EarthBound.

“SHUT UP AND TAKE MY MONEY!” said every part of me, though it turns out the game is not, as I thought, an Xbox Indie Game or a Steam Greenlight entrant—it’s a free Flash game.

You start the game as a purple apparition, hovering around your freshly-mutilated body. Unfortunately, in all the commotion of being forcibly shuffled off this mortal coil, you can’t seem to remember who killed you. This is where the main premise of the game comes in. You can control that hovering, periwinkle specter to possess people around you. 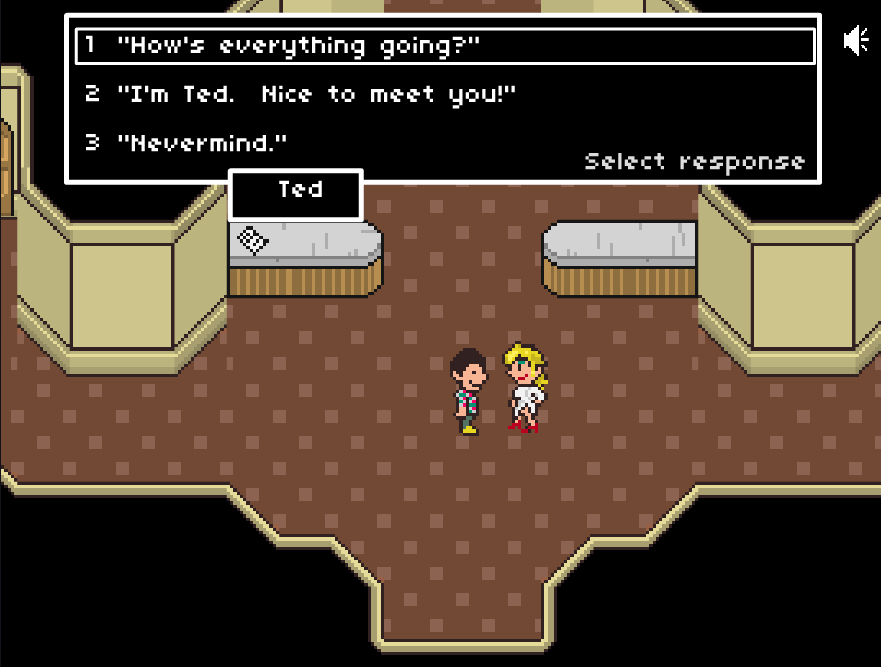 This is the part that seemed really cool about WAID and drew me to it: the focus on human interaction and how one person will interact with another. You generally won’t get much information if you try to make two people who are unlikely to have a successful interaction talk to each other. For example, if you want to speak to the mother in the hotel, you’d probably have more luck possessing her daughter than you would possessing the flasher/exhibitionist for whom she has nothing but contempt. It’s interesting to see how the people react to one another and what combinations end up in solid leads on who the killer is.

I was disappointed, at first, to see that the murder victim was generally regarded by every single person in the hotel as a giant prick that nobody liked, since that means I’m playing the game as a giant prick. Sadly, my mild disappointment with that was replaced by a larger disappointment when I realized that when you possess somebody, it isn’t you, the dead guy, talking through them—it’s them saying what they would have said anyway. I felt this kind of contradicted the entire point behind the game, right down to the name Why Am I Dead? The game was supposed to be about finding who killed you, but instead it’s about passively possessing people and letting them do whatever it is they wanted to do—controlling their movement and who they talk to, and just kind of hoping they say something about the murder. For example, Cricket, one of the people in the hotel, has an interest in investigating the murder and will allow you to ask people questions about where they were or what they saw because HE is interested, whereas Orvall, the exhibitionist, is only interested in getting people to take a peek at a stiff of a completely different kind.

Just to make sure we’re clear, I’m talking about his penis. He’s a flasher, you see, so the joke is that stiff can have two meanings in this case. One being slang for penis. His own. That he shows you. In situations where it would be considered socially unacceptable to do so. 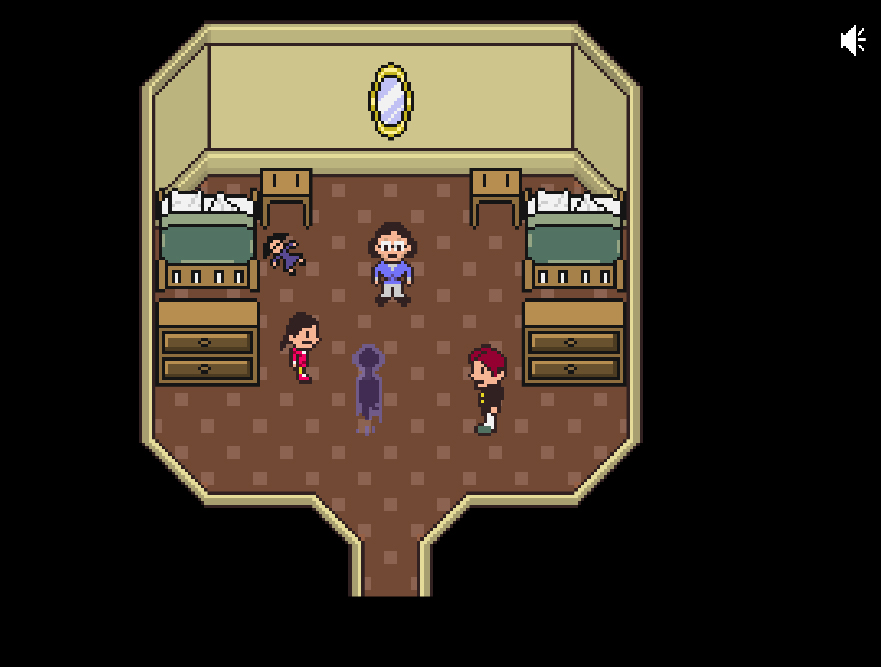 Anyway, on top of that, for a game based so heavily on social interaction and how people with differing personalities react to one another, character development is kept to a minimum, sometimes to the point that it confuses the story a bit. For example, Cricket, a lawyer who was staying in the hotel, and Randy, the hotel manager, briefly talk about the murder; Randy says that he has no interest in investigating whereas Cricket wants to get to the bottom of it. They have no relationship to each other outside of this brief discussion. Later in the game you find out a secret about the hotel manager, one that, to keep spoilers to a minimum, you wouldn’t go telling every person you meet. Yet, despite having no real relationship with Cricket he later decides “Aw shucks, I might as well spill the darkest secret about my life to that lovable scamp who I’ve interacted with about as much as I would with an average bank teller.” 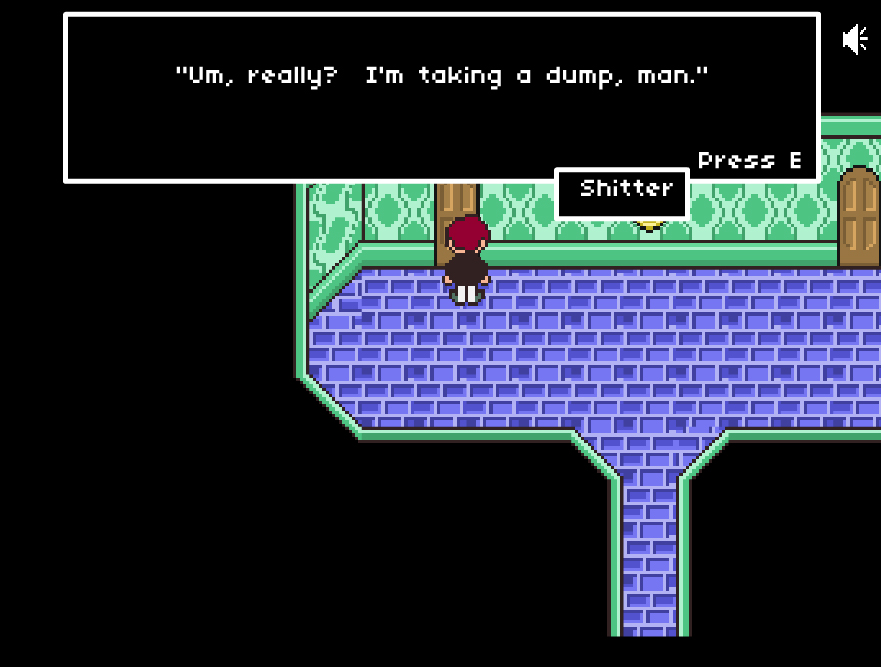 To be fair, a good amount of the game’s problems are likely due to the medium of Flash. You can’t get too deep into why this character trusts that character or delve too far into a character’s backstory because you can’t save your game, so players have to be able to finish it in one sitting.

Why Am I Dead? is full of potential, a lot of which seems squandered on Flash, a medium that lends itself well to many games, but not necessarily a dialogue-centric murder mystery. With such a promising mechanic, I hope WAID ends up being more of a proof of concept for a bigger project. It’s a mechanic that appears made for—and almost seems to require—more depth. With more depth, we would have characters we can really sink our teeth into and get to know more intimately, to allow us better insight on what interactions might work the best. It has excellent potential to tell a great story, and this proved it can carry a game on its own, or it would work as a supplemental gameplay mechanic to add depth to a more traditional adventure game. As a standalone game, Why Am I Dead? has flaws, but it’s still plenty fun enough to justify sinking 30 minutes to an hour into it to figure out which of your hotel-mates shot you dead and why.

You can play the game free over here.

The timeless tale of the daughter of a Japanese prime minister and her bodyguards.