Welcome to “Inside the Guide,” the column that gives you a behind-the-scenes look at writing guides for GameFAQs.com. Which videogame genre do you think is hardest to write guides for? Adventure games? RPGs? Sports games?

Personally, I’ve had the most trouble with puzzle games. Many puzzle games seem to defy guide writing. For example, Tetris. How are you supposed to write a guide for Tetris? In every game, the blocks you get are chosen randomly. The best you can do is write a guide full of strategies for Tetris; there’s no way you’ll be able to write a walkthrough which covers every possible situation people will encounter while playing the game.

Today, I’m going to discuss two guides I’ve written for puzzle games. In retrospect, neither of these guides is very helpful. 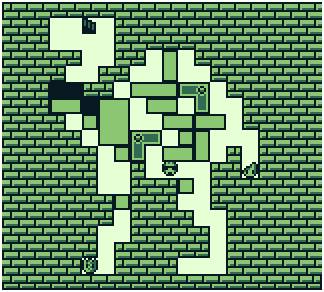 In 2004, I wrote a guide for Kwirk, a puzzle game for the Game Boy, in which a tomato pushes boxes into holes. It’s quite a clever and engaging game, if you like logic/thinking puzzles. I played a few levels, enjoyed it, and agreed to write a guide for it.

I soon discovered why no one else had done a guide for this game. The puzzles quickly become difficult and long. For example, here is the fastest solution for Level #14 (of 30):

I soon realized my guide would be completely useless. A huge chunk of text like that would help no one, because it’s incredibly difficult to follow all 253 moves without losing your place on the list. I wrote supplemental solutions like “move the big block to the right,” which kind of helped, but not really. As for my other less-than-helpful guide, last month, I wrote a walkthrough for World Mosaics. That’s a nonograms/picross game, in which you create pictures on a grid, based on numbers. There are five games in the World Mosaics series; I think it’s cornered the nonograms market.

I chose to write a guide for this game, because I had pictures of all of the puzzle solutions. It would be easy enough to just type out the solutions, with an X for each blue spot and an underscore for each blank spot. Here’s a sample of my guide’s solutions, put next to one of the game’s puzzles: 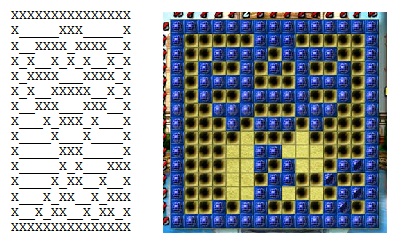 Notice that my solution is completely scrunched up, compared to the real board. I realized this problem too late. All my solutions were accurate, but they didn’t match the game well enough to be useful. Without undergoing some major reformatting, my guide won’t help anyone.

According to GameFAQs’ hit counter, my guide has been used a total of seven times, making it my least-used guide of all time. True, it hasn’t been out for that long, but I can’t help shake the feeling that it was a tremendous waste of time. Oh well. A guide is a guide, right? 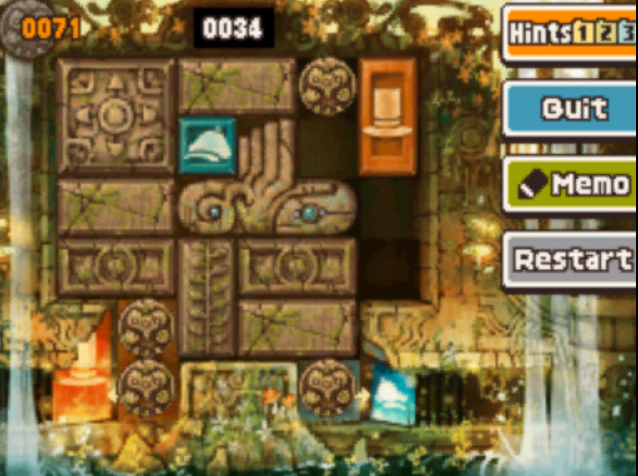 Some Professor Layton puzzles, like this monster, are also hard to write solutions for.

In conclusion, I need to stop writing guides for puzzle games. I like playing puzzle games, but writing useful guides for them is a bit more than I can handle.

I think I’ll finish by double-checking . If you remember last month, I became #7 on the list of prolific guide writers. Let’s check the new standings for this month, and…WAIT. I got demoted to #8? After all my hard work to get out of spot #9?

The Music and Gaming Festival is happening in Maryland on January 2nd! Get the details here!