After playing Twilight Phenomena: The Lodgers of House 13 three times, I’m still not sure what the plot is.

The game starts with our hero renting a room at a mansion, from a nice landlord. The hero believes the deal is “too good to be true,” and he is correct. It turns out that the landlord has a habit of decapitating his tenants, then performing strange experiments on their still-alive heads.

This titular plotline gets abandoned in Chapter 3, however, and replaced by a giant evil monkey. The monkey smashes windows, sets off a bomb, lights a building on fire, and traps our hero into a guillotine. Multiple times, the monkey kidnaps a girl named Dizzy and drags her away.

In the end, the game unsuccessfully explains things, by saying the monkey is the result of a scientist performing an ancient evil ritual. This still leaves a lot of large unanswered questions. Why did the monkey kidnap Dizzy so often? When did the monkey learn how to create holograms? And seriously, what’s the deal with all the severed heads? 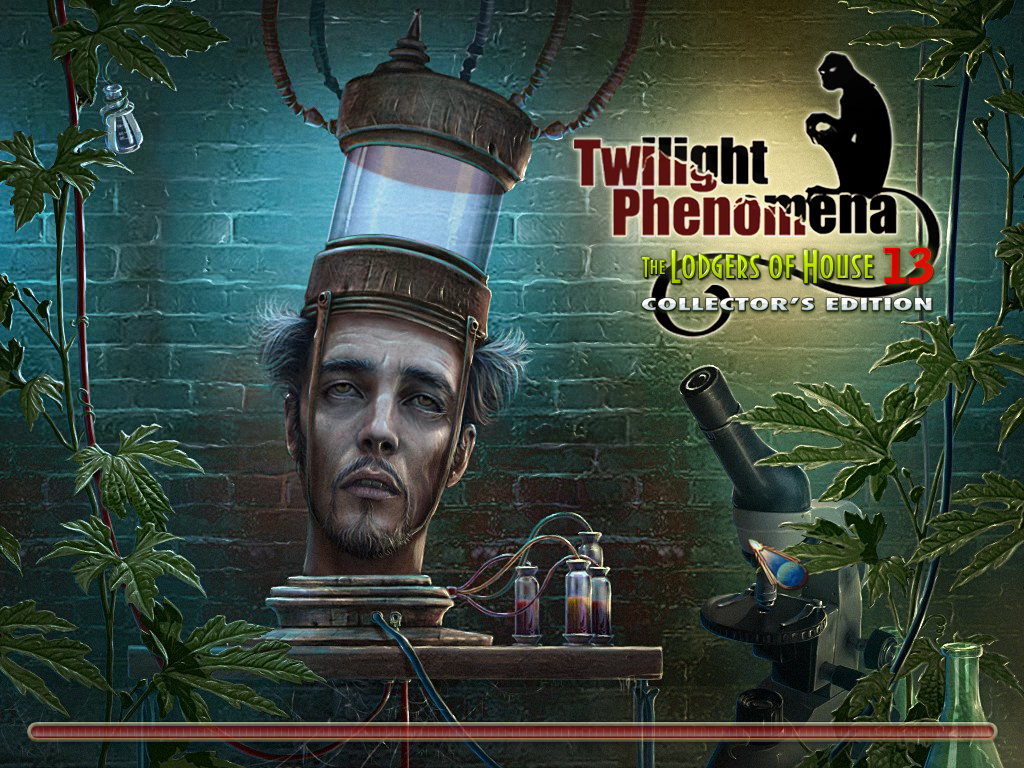 So maybe the plot of the game doesn’t make a whole lot of sense when you look at it too closely. What can I say? It’s an adventure game. True to its genre, Twilight Phenomena has moments of moon logic, such as “use a hamster to play a record machine,” or, “instead of using the knife in your inventory, cut the orange in half with the guillotine.”

Expecting the game to make perfect sense is probably asking too much. After all, if it made PERFECT sense, the hero would call the police in Chapter 1, and immediately leave the mansion before he gets killed.

As you’ve probably figured out by now, Twilight Phenomena is a horror adventure game. In addition to dozens of adventure game puzzles, it has a number (thirty) of puzzle-game puzzles (or “minigames,” as the game calls them). Depending on your level of skill and familiarity with the genre, it’s about two to four hours long. 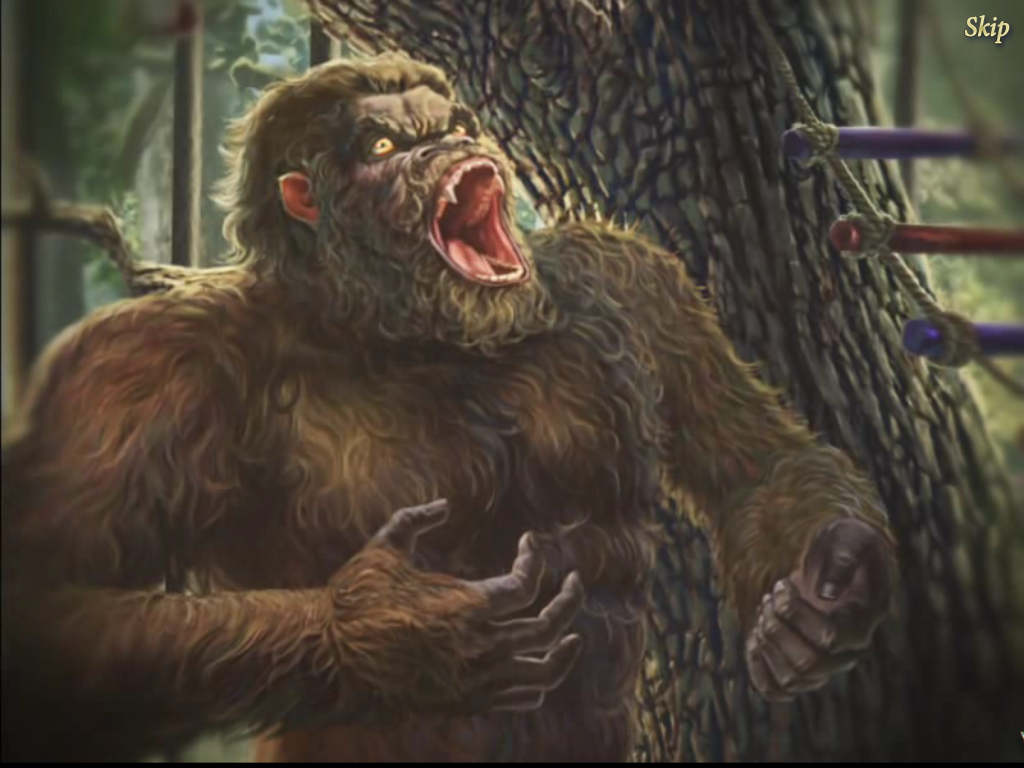 The music in the game isn’t bad, but it’s pretty forgettable. You probably won’t take any notice of it. That’s a good thing; the game only has four songs, for a total of about seven minutes of music.

The graphics range from “good” to “excellent” to “why is the creepy tree playing poker?”, depending on which screen you’re on. The in-game animations are filled with a lot of nice little touches, such as the tears running down Ruth’s cheeks. The in-game cutscenes, however, are all pretty much the same thing; the evil monkey shows up, does something evil, and leaves.

The hint system has three settings: normal, overbearing, and non-existent. The hint button automatically refills when you play the game; it refills more slowly on the difficult modes. 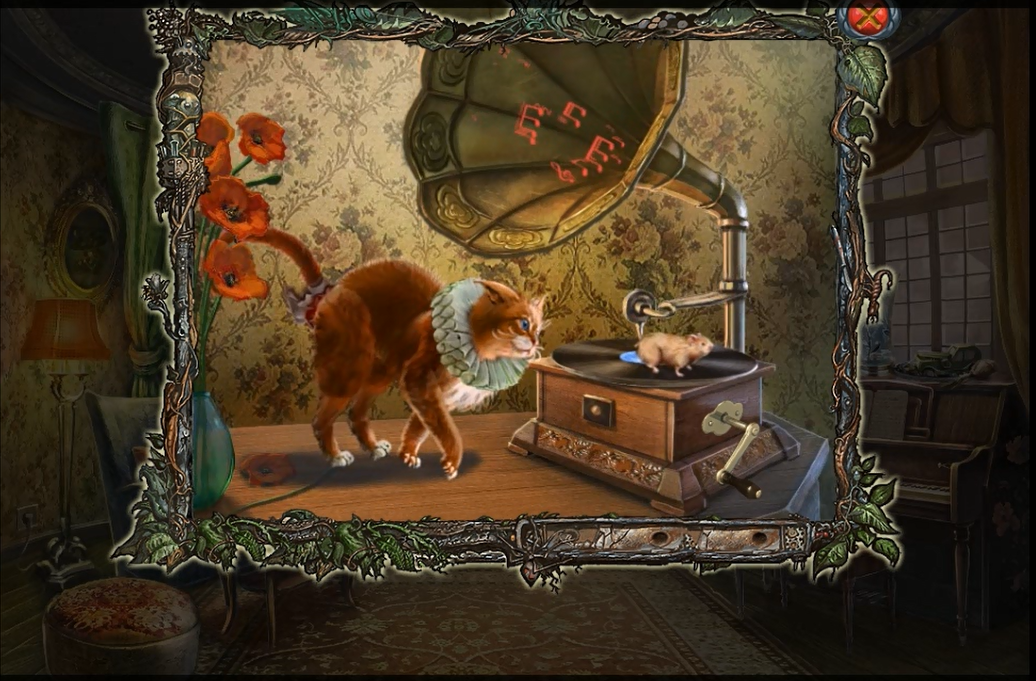 Our hero has a holographic cat, which is used as a puzzle solution multiple times.

This game has a Collector’s Edition, which costs ten dollars more. It comes with a strategy guide and free goodies like wallpapers, screensavers and music. The main selling point of the Collector’s Edition is the bonus, double-length chapter.

I’m a tad suspicious of the idea of this game having a bonus chapter. I mean, a horror game called The Lodgers of House 13 with only 12 chapters? More likely, they made the game with 13 chapters, but they cut off the last one in the normal release, so they could sell it later as a bonus. If I played this game, not knowing about the bonus chapter, I would never have guessed that section was separate from the rest of the game.

The bonus chapter starts with a typical monster movie scare. Just when our heroes thought they were safe, it turns out that the monster isn’t really dead yet! He’s angrier than ever, and he wants revenge!!!

After this exciting opening, the monster proceeds to get into a chair and fall asleep. He stays there until the end of the game, when you electrocute him. It’s pretty anti-climactic.

The bonus chapter fits in perfectly with the rest of the game, in terms of gameplay and everything else. In terms of length, it’s twice as long as the other chapters, which equates to 20 to 35 minutes. That also equates to about 20% of the actual game. So it’s a reasonably large chunk of content, for a bonus chapter.