When a game is stuck in its own Development Hell for an extended period of time, it’s hard to expect the final product to be anything worth gushing over. Was I excited that Penny Arcade Adventures 3 was being brought back to life after being cancelled by Hothead Games? Yes. Was I excited when I heard it was Zeboyd Games heading up development? Well, no. No, I wasn’t. You know, until I played Cthulhu Saves the World. Then all my tiny lizard brain wanted was this game on my laptop right now. That, and fresh meat. 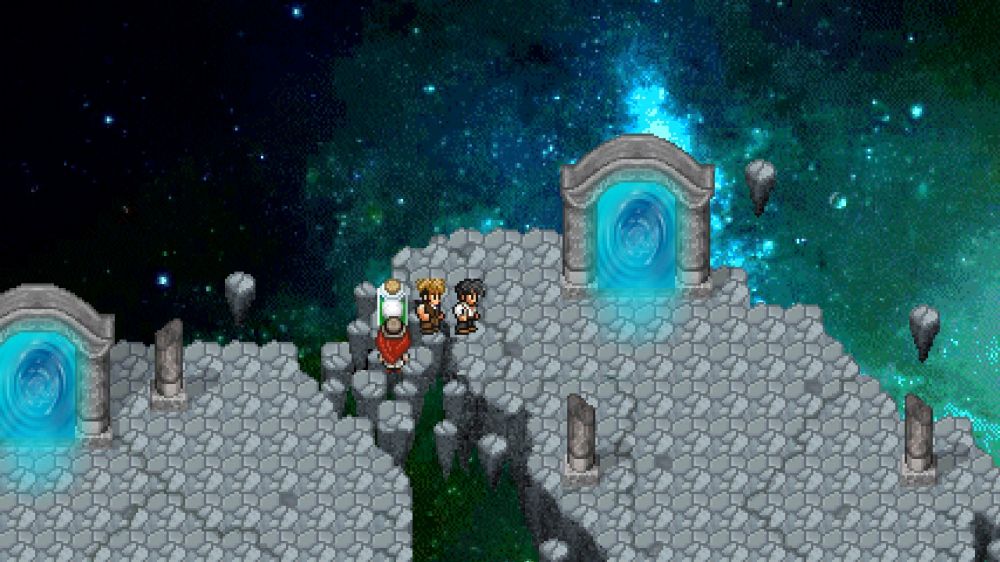 Penny Arcade 3, like Cthulhu before it, takes its visual inspirations from classic RPGs from the 8-bit and 16-bit eras. Whereas Cthulhu felt largely inspired by early Dragon Quest designs, Penny Arcade 3 feels very heavily like Final Fantasy IV went off its meds and replaced half its monsters with mimes and hobos, while borrowing Final Fantasy III’s job system, and returning it with several pages ripped out, replaced with doodles of dinosaurs and shoes.

While the visuals might feel (intentionally) dated, they mask an absolutely deep combat system, banking on the concept of using the right techniques at the right time. Atop the fight screen is a turn order for when party members and enemies will attack (think Evolution Worlds or Final Fantasy X). Using the right moves at the right time can seriously hinder or delay enemy attacks. Every party member is capable of having three jobs on hand at a time, with one job specific to each character, and then a large selection of additional jobs, each with their own distinct abilities, including Hobo, which can inflict hoboism on foes (think Poison),  Necromancer, which can raise the dead to perform deeds for the party, Gardener, which can cast continuous party buffs, and Slacker, who can come to your house and eat all your Cheetos, then touch all your things with their greasy, cheesy fingers. It will take many, many battles to master this system, and you’ll be spending much time laughing your ass off at the multitude of spells you’ll learn.

Of course, that’s not the only thing that’s worth laughing at here. Penny Arcade 3 carries the webcomic’s signature wit and charm with it, providing all the humor of its source material, as well as the aspects that made Cthulhu so riotous. Almost every scene in the game had a part where I had to stop what I was doing for several moments just to get past the fit of laughter I was experiencing from the constant wordplay. The story feels like both a continuation of the Penny Arcade Adventures series, and a completely new journey. There are plenty of nods to the first two adventures, but there are enough that’s new here, in terms of plot and characters, to allow new players into the experience. 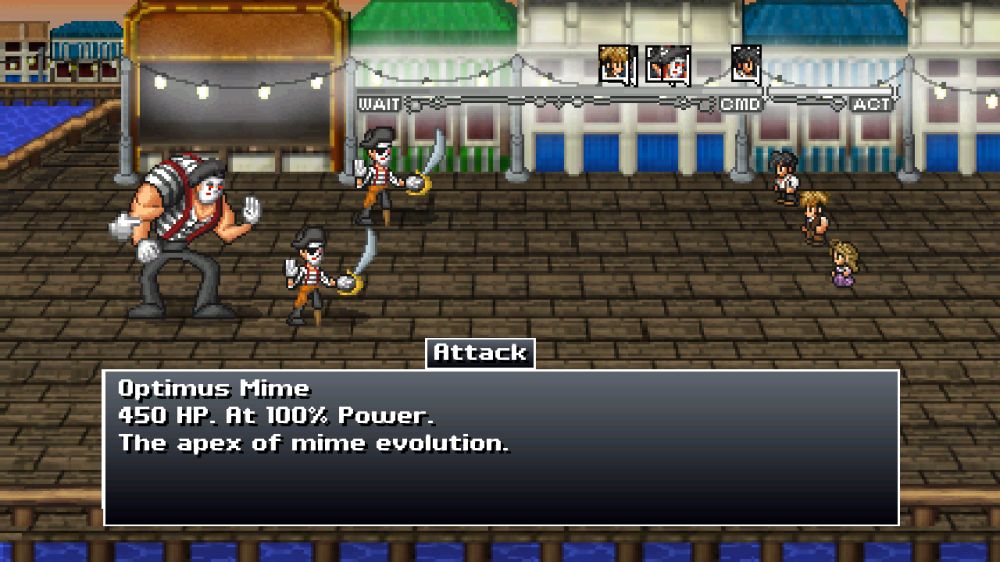 Penny Arcade 3 manages to tell a fresh, new story, with a surprisingly innovative combat system, while maintaining the look and feel of the 16-bit RPG that Zeboyd Games has become famous for. The game is cheap and affordable at a mere $5, with the promise of free DLC (one of which will detail the fate of the player character from the first two games) in the future. If you are even remotely an RPG fan, a fan of the comic, or simply want to find something to laugh at for a few good hours, Penny Arcade 3 is a surefire bet.

Only YOU can talk about videogames on the Internet!