If you grew up in the era I did, you probably remember a series of hilarious anti-drug PSAs that probably did more to encourage drug use than Lindsey Lohan could ever hope to accomplish. My favorite was the one where Rachel Leigh Cook was standing with a frying pan and started smashing stuff in a kitchen, saying this is what happens when you take drugs (seriously, click on that link and watch in awe). It might have been a metaphor about the effects of drug use, but it looked more like the girl from She’s All That was threatening to personally come to your house and wreck your stuff. To this day, when I see someone holding a frying pan, I hide all my breakables. Ultimately, the commercials were well-intentioned, but so over the top and crazy that they had no chance of reaching their target audience and eliciting anything other than laughter. A New Beginning: Final Cut, a point-and-click adventure game released on Steam, is the Rachel Leigh Cook anti-drug ad of videogames. It is trying to convey an important message, but does so in such an amazingly clumsy way that you honestly can’t tell if it is an earnest story about environmentalism or what a parody of an earnest story about environmentalism would look like if it was put together by a band of illiterate oil tycoons. Luckily, the actual game part is fairly enjoyable, and if you can ignore the ridiculous story and awful cast of characters, you might find yourself enjoying it. 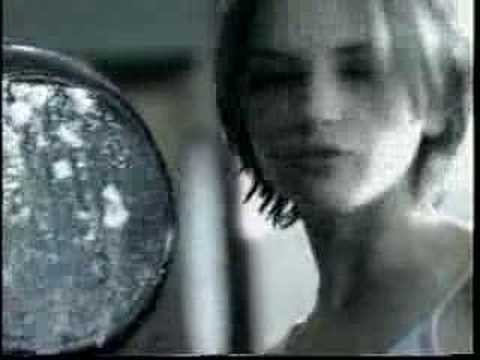 THIS IS YOUR BRAIN ON GLOBAL WARMING.

The story in this game is classified as an ECO-THRILLER, which is different from a normal thriller in that in at least one scene, a character must be shown wearing galoshes. The year is 2500, and global warming has decimated the planet’s ecosystem to the point where it can no longer support life. As a last-ditch effort, a group of survivors go back in time using their algae-powered time machines, and, hold on, wait, that can’t possibly be right. Let me just check my notes really quick…huh. It is. OK, fine, the group of survivors goes back in time using their magic, tremendously energy-producing, never-dying, algae-powered time machine to return to the 1980s in an attempt to stop the catastrophe caused by climate change by preventing it before it becomes unstoppable. I don’t want to get into too many details out of fear of spoiling parts of the story, so I’ll summarize their plans here as succinctly as possible:

I feel like I should take the opportunity now to state that I am both a science nerd and a bit of an environmentalist. I do this not because I know how deeply you care about my political ideology, nor because Paul decided the best thing to work into videogame reviews was political commentary. I do this so that you know the following statement is not a result of me merely disagreeing with the game’s ideology: The story in this game is remarkably awful. I know other reviewers have praised the game for having a “mature” storyline, but I think people are confusing attempting to cover an important issue and actually doing it. You wouldn’t give someone kudos for becoming a lawyer if they refused to speak in anything other than Pig Latin during their trials, and I’m not going to laud a game for focusing on protecting the environment if all the game made me feel was an intense hatred for trees. The story is just so heavy handed and preachy it’s like the writers never heard of subtlety, or were afraid if they didn’t make the villains absolute monsters, we wouldn’t be able to figure out which side to cheer for. There are a couple of interesting segments toward the middle portion of the game, but the plot, writing, and dialogue are just all so bad that I couldn’t muster up the effort to care.

And it’s like the characters are all having a competition with each other to see who can be the most unlikable. The main villain in this game is a comically evil businessman who makes the bad guys in Captain Planet seem sensible by comparison. He runs nuclear power plants and takes to destroying the environment with the same enthusiasm that most business people put into actually turning a profit. And, of course, he has a small army of thugs willing to murder people at the drop of a hat, because that is a totally normal and in no way crazy thing for someone in the energy business to have. This is why your electricity bills have a mercenary surcharge, and every time you fill up your tank at BP, you get a free round of seal-blubber piercing bullets. Rectal cancer is usually portrayed with more sympathy than this, and the only possible explanation I can think of is that at some point a tree fell and killed his mother, leaving him with an insatiable desire to murder every form of leafy vegetation on the planet. And despite all of this, he isn’t even the most dislikable character in the game. Hell, he isn’t even in the top three. Do you know how hard it is to create a cast of characters that include three less likable than the one I just described? A team of evil scientists tried, and the best they could come up with was Glee.

They switch your perspective every other chapter, but the only perspective I ever had was hatred. I don’t know if something was lost in translation or if their design was outsourced to a company that really, really hates environmentalists, but they come across as annoying, humorless dullards who elicit as much empathy as a brick being launched at an orphanage. Then there’s a complete psychopath whose solution to every puzzle is “insert knife into throat”; he sure likes killing people for a guy who’s supposed to be saving them. I know there are only supposed to be like a couple hundred people left on Earth, but there had to be someone better to send on the mission than this guy. Warlords typically have greater respect for human life than him, and he’s supposed to be one of the “good” guys. The rest of the cast is either forgettable or annoying, and as a whole they’re so bad they somehow got me rooting for global warming. 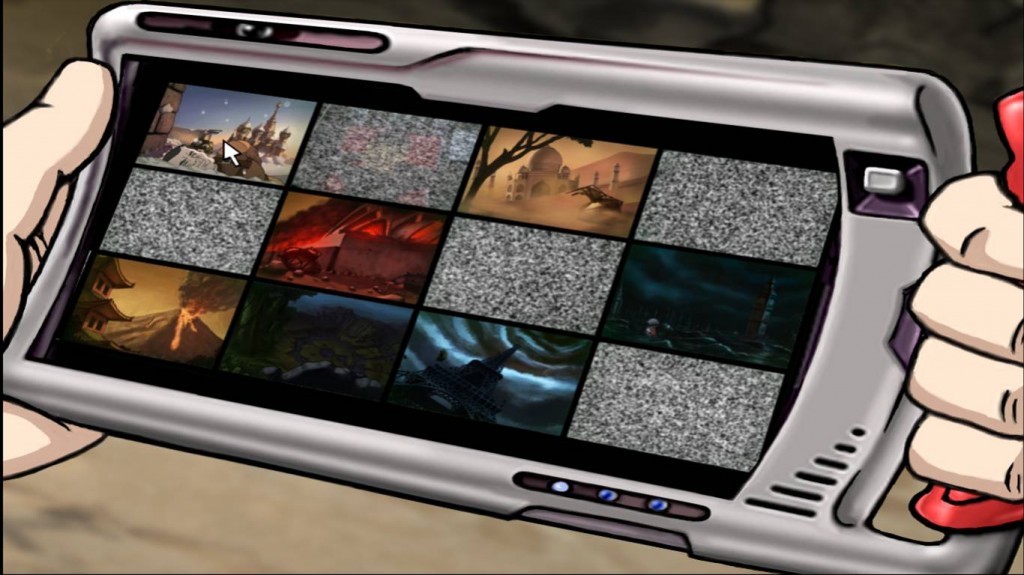 Here is Fay playing her favorite Wii U launch title: The Planet is Destroyed and All Your Friends are Dead.

A New Beginning also has the feel of a game that was made in another country and then clumsily translated to English using Google Translate, an unpaid intern, and copious amounts of alcohol. A lot of the dialogue is just a little off, and it feels like you’re watching a conversation between people who don’t use English as their primary means of communication, and are just speaking it to keep you from feeling left out. Dialogue feels stiff and stunted, and you can almost see the little language robots in their heads trying to churn out an appropriate response to what was just said, before ultimately giving up and finding a job translating for someone who isn’t a total asshole. It isn’t just the general awkwardness, as the game has an unfortunate amount of typos and leaves entire lines untranslated. I don’t know what I prefer more: 1) Untranslated lines where I get to make up the dialogue: 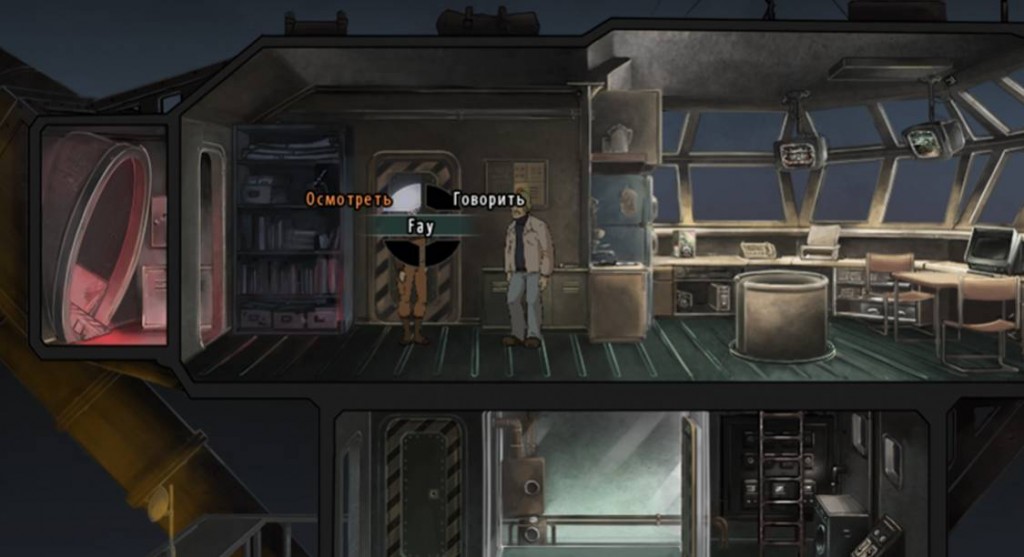 OCMOTpeTb her? I barely know her!

Or 2) hilarious typos that suddenly make the game a lot more interesting: 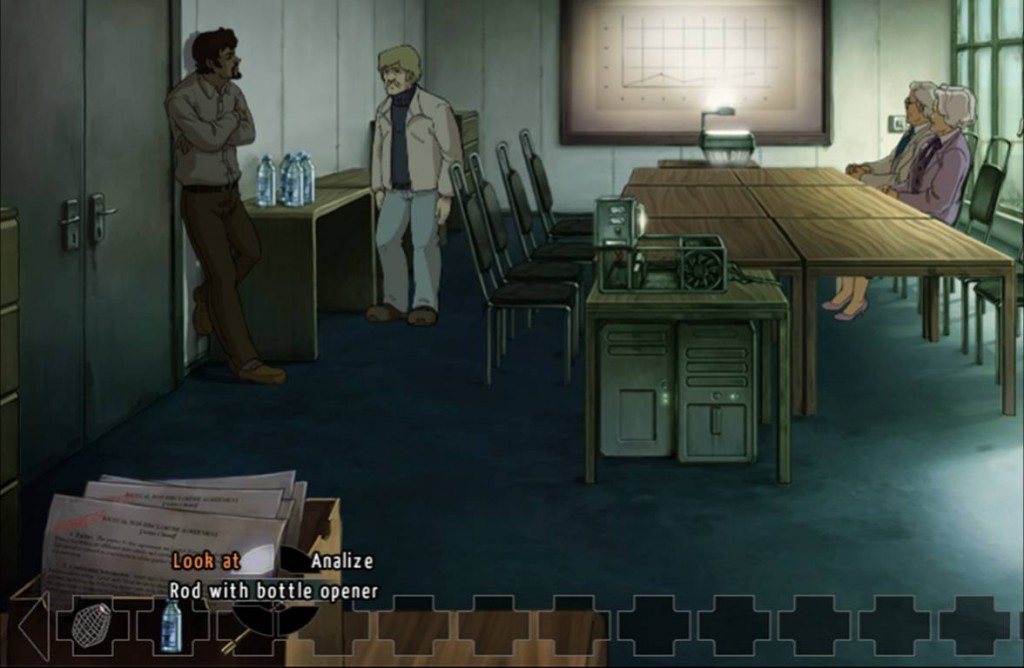 If you are one of the disappointed perverts who was accidentally directed here after searching for “analize” and “rod,” I am very, very sorry. Still not as sorry as everyone in that room was after Bent was done analizing, but sorry nonetheless.

However, if you can suppress the terrible urges Bent has whenever he sees a rod with a bottle opener attached, there are actually some really clever puzzles here. Honestly, the puzzle design is actually good. Like, surprisingly good. I didn’t even realize it at first because I was in my hate bubble and trying desperately to figure out if I could use the knife on any of the characters, but after the game got going I actually found myself enjoying it, in spite of the story, cast, writing, and porn ‘staches. The puzzles deftly walk that fine line between challenging and frustrating, and once you get to the meatier middle chapters of the game, there is a lot of enjoyable point-and-clicking to be had. There was really only one puzzle in the whole game that I would classify as clumsily designed, which involved taunting a bald man in the most roundabout way possible. I’m all for humiliating people, but at least give me some sort of hint before you set me off blinding wandering about for half an hour, trying to combine every object I can find. The puzzles as a whole are a bit on the easy side, but there are a fair number of interesting ones that prevent it from becoming too predictable.

The gameplay itself is solid, utilizing a classic point-and-click style of interaction and puzzle solving. A little wheel pops up when you find an object you can interact with, giving you such options as look, take, use, or analize. You can also use or interact with items in your inventory, and the whole control scheme is simple, straightforward, and easy to use. There are a handful of non point-and-click type puzzles, and these work well enough, even if they do come out of nowhere. It feels a bit like the developers thought they should include something other than the traditional type of point-and-click puzzles, which is fine, but there really are only three or so throughout the entire game, so they don’t end up contributing much and feel more like they were put in as an afterthought than anything else.

While I am aboard this train of positivity, I should probably mention that the visuals are really beautiful. Everything is well illustrated, brightly colored, and great to look at. The cutscenes have this unique faux comic book style, and the combination of stylization and quality in the illustrations makes the whole game look outstanding. The gameplay, puzzles, and art style alone almost make the game playable, which is great because they are really all it has going for it.

That, however, is the last stop on the positivity train, because it is now time I dismount at “Oh God you gotta be kidding me” junction, and talk about the voice acting. Oh, the voice acting. I can’t tell if the voice actors knew how awful the script was and were just dejected from having such awful agents, or if uninterested reading is all you get with the base package from the voice actors guild, and inflection and actual acting cost extra, because I’ve heard nutritional information on the side of a cereal box read with more emotion than this. Every single one comes across as disinterested, making these already awful characters seem somehow even more unlikable. 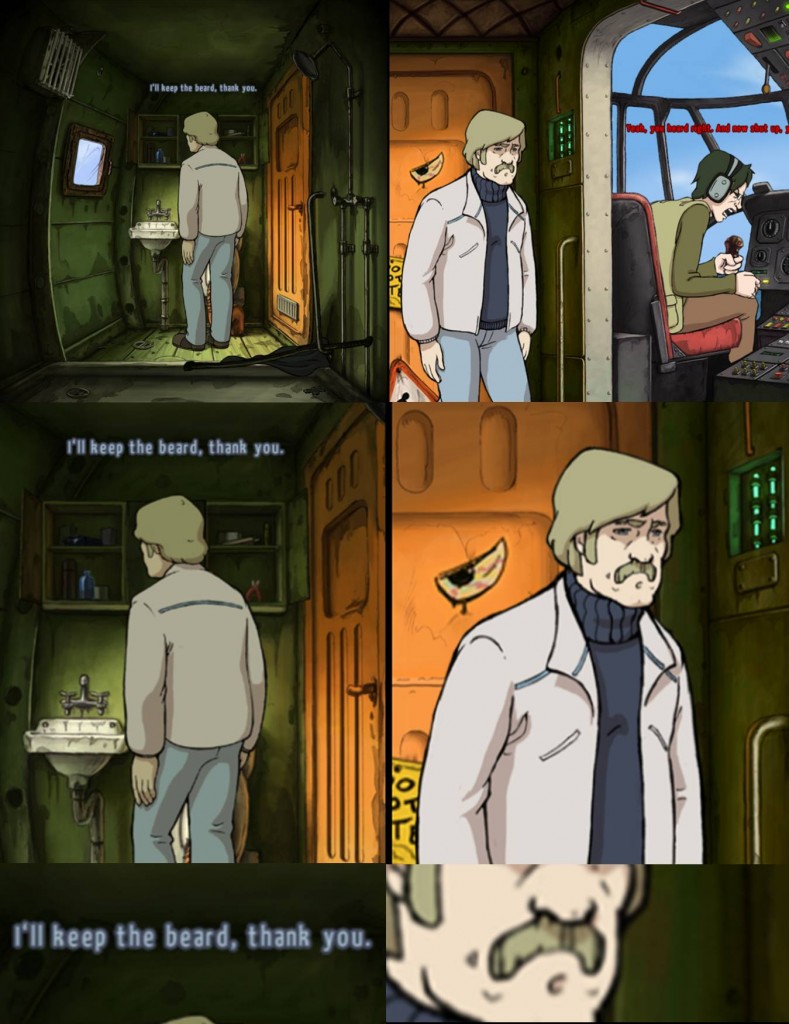 Maybe he has it in his pocket.

So, for that alone, A New Beginning: Final Cut can take its mess of a story and poor understanding of facial hair, and suck somewhere else.

He's appearing in the new Sonic Racing game. What's the world coming to?