As a kid I used to love playing city-building games, games like SimCity 2000. I’d make a huge city, give my citizens a sense of security and safety, let them know just how much of a good mayor I am and that they’re in safe hands. This would all last roughly a day before I pressed the wrong button and my city, named curiously “Brettpotainia,” would descend into total anarchy as a massive alien ship lay waste to it.

All throughout my city-building hobby, I’d always wanted to be able to explore my cities from a citizen’s perspective, as opposed to the top-down isometric view the game was limited to; so, upon discovering Machi-ing Maker 4 on the PS3, I jumped at the opportunity to play the game. I really enjoyed the simplicity of it all; it wasn’t an economic mayor simulator but more an arcadey city-building game.

Like in SimCity you play the role of Mayor, only this time your mayor has an avatar, wearing an oddly chosen yellow tuxedo with a yellow top hat, with whom you can control and explore your city from a citizen’s perspective. Your job is not only to build the city but to make sure that it meets the needs of its citizens; buildings change colour and display writing if a certain need is required. 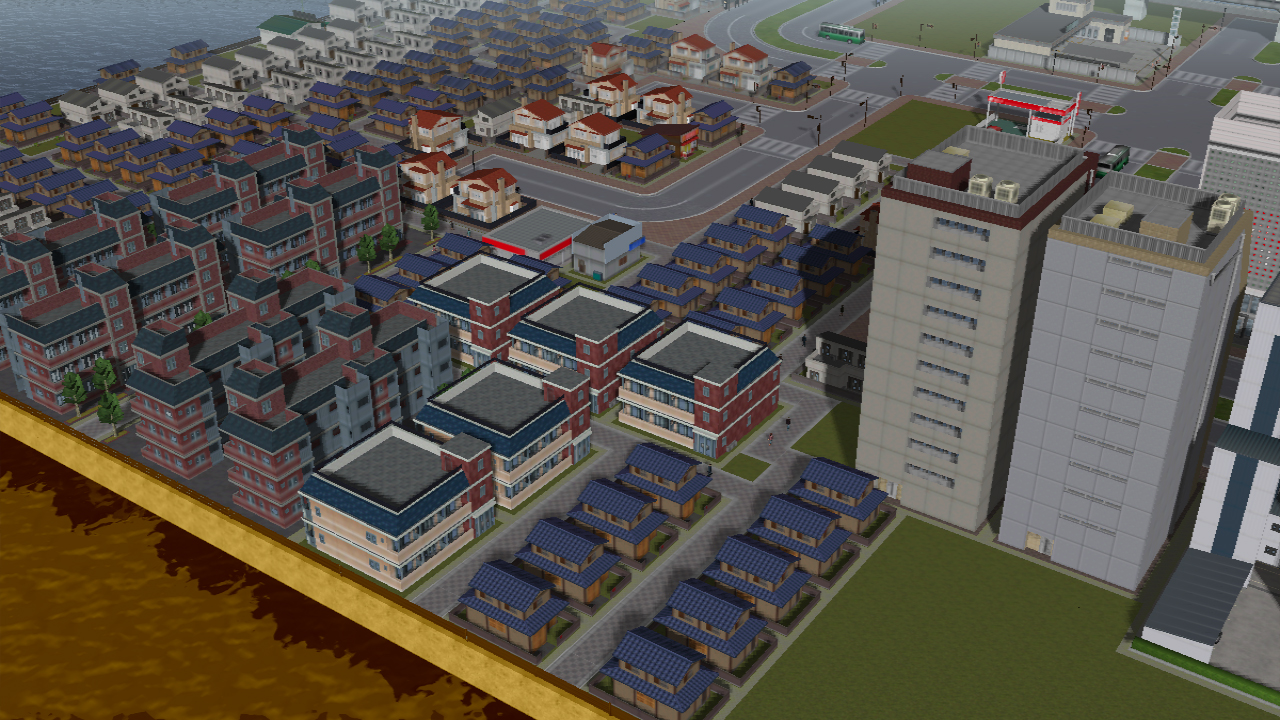 Not being able to understand Japanese, I was fairly hesitant about importing this game; however, no real understanding of Japanese is required to play and enjoy it. A lot of the time I found myself matching Japanese words to get an idea of why one of my buildings suddenly turned purple or yellow. Turns out the office workers required a play park nearby to improve their work capacity…who knew?

The game features a handful of licensed buildings, which adds a layer of authenticity to your city when you explore it in Citizen View, and you can also “zoom in” on a certain citizen to watch their day-to-day routine—in a non-creepy fashion, of course!

At the end of each day you are rated on your performance for that day, based on how many buildings you built, how many citizens moved to your city, etc. If you build the required amount of buildings, you’ll level up, which in turn will give you the choice of three new buildings to unlock. And if you reach the number of citizens required, you’ll unlock a new part of the island, and with it a new means of transporting citizens into your city. 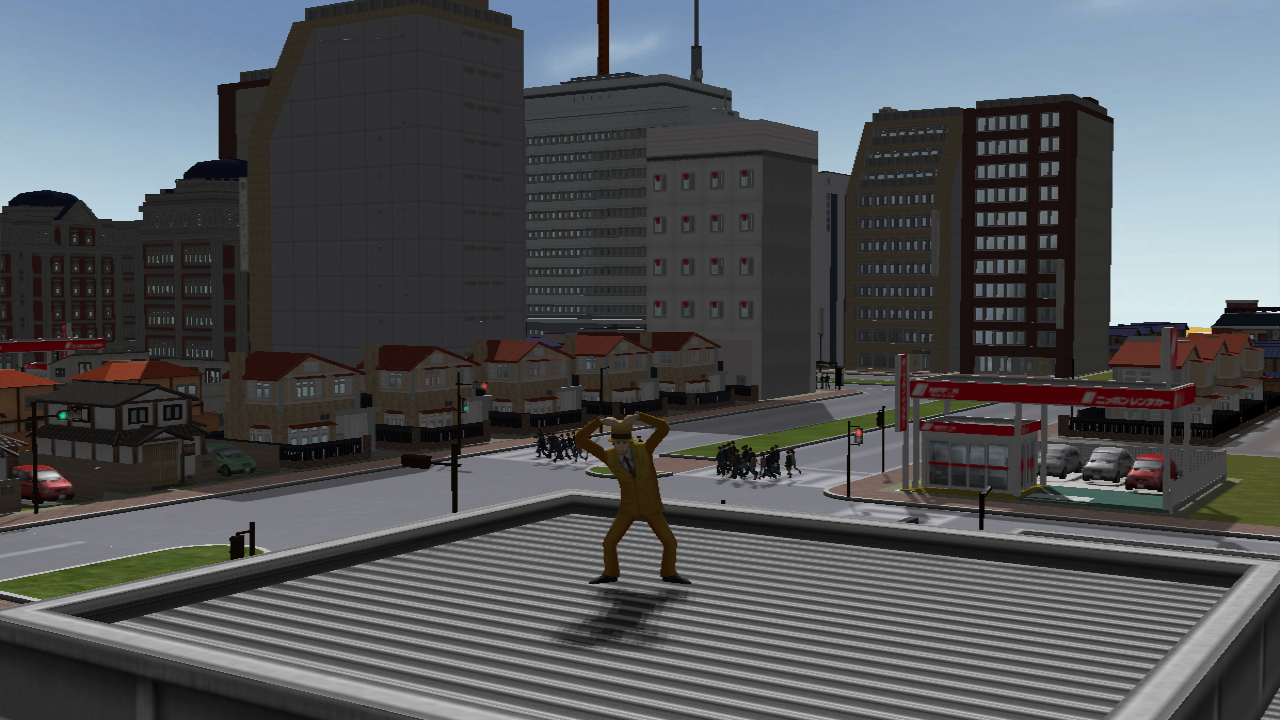 Striking a pose on top of a train station is something all mayors should do.

When you level up, you also increase how high your character can jump. If you solve a problem for your citizens, such as building shops near houses that have no shops near them, then that house will gain a star floating above it; if you collect this star, it rewards you with money. Some buildings are too big to get to the top of, though, so leveling up your jump height gives you access to these buildings and stars.

All in all, Machi-ing Maker 4 is a very enjoyable city-building experience, and I’d highly recommend this to anyone in the market for a casual SimCity-like experience!