A man sits alone in his room, playing a videogame on his iPad. He is lonely, so very lonely, but he knows he can’t go out in public again. If he does…they might find him.

“You’re my only friend, iPad,” the man says, hugging the device close to his chest.

Suddenly, there is an explosion which blows open the door to the room. A group of angry, bearded thugs come inside, wielding pistols. The largest thug, who hasn’t washed his bloodstained shirt in weeks, gives a foul-looking grin which shows off his yellow teeth.

“You led us on quite the chase, punk,” he said. “But we finally caught up to you.”

“You thought I wouldn’t find you?” the thug asks. “I always find the people I’m looking for. Now where’s the review for the next Law & Order game?”

“I…I’m still working on it,” the quivering man says. “I can have it done by next week, I swear!”

“That’s not quick enough,” the angry thug says, shaking his head. “And you know the punishment for not turning your articles in on time.”

The quivering man begs for mercy, while the thugs all aim their guns directly at his chest. Working together as one, they open fire on the helpless writer. Thirty bullets fly through the air, in under six seconds. The writer collapses on the ground, dead. 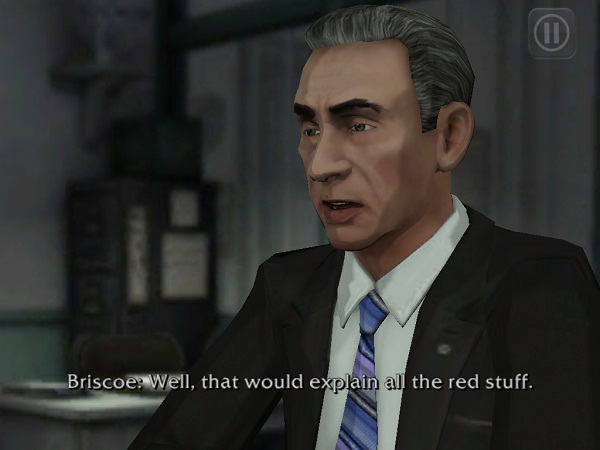 Episode 2 of Law & Order Legacies is a flashback, brought on by the events of the first episode. In this episode, Rey Curtis and Lennie Briscoe team up to solve a murder, and the trail of blood leads straight to an illegal cockfighting ring.

The transition from Episode 1 to Episode 2 is kind of a mixed bag. I get the sense that they wanted to make the game slightly harder than the first one, but they weren’t sure how. Each increase in difficulty is counterbalanced by a decrease in difficulty somewhere else. It’s like playing a game of rock-paper-scissors, except they got rid of rock to compensate for the fact that you are going best two out of three.

Take questioning suspects, which makes up 45% of the game. You need to pick which conversation topics to discuss, and you occasionally answer questions about the plot to confirm that you are paying attention. The plot questions are more difficult, so they made picking conversation topics easier. You no longer have to worry about accidentally picking the wrong conversation topic and being punished with a red herring. Now, every topic is the right one to choose! Hooray!

On the other hand, the investigation section where you look for evidence is decidedly more difficult. In the first game, this was a simple challenge that lasted thirty seconds. Here, it is a proper hidden objects challenge. You need to search the scene for seven different pieces of evidence, two of which are unknown. I actually liked this part of the game; it was a nice change of pace, and I was looking forward to seeing what the unknown evidence would be. That was a definite case of more challenge = more fun. 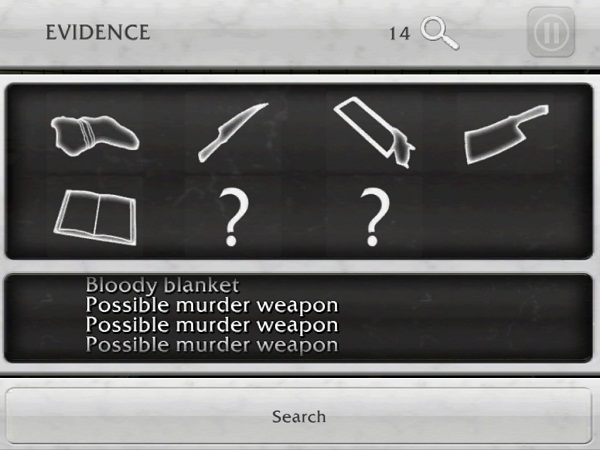 The courtroom segments were an example of less challenge = less fun. In order to successfully question the second witness, you need to ask one question. That’s it. Only one question, and the game even tells you what the question is ahead of time. It was the easiest challenge of the game, and it left me wondering why they even bothered to include that puzzle.

The first witness was more difficult, and his testimony contained six places where you could raise an objection. The solution to this puzzle? Object at every possible opportunity. While making objection after objection, I sort of felt like Phoenix Wright on steroids. To be sure, picking what type of objections to make was an interesting and occasionally difficult puzzle, but the impact is lessened when surrounded by a puzzle whose solution is “always pick the first answer.”

I did well during the courtroom segment, and the jury was on my side when it came time for a plea bargain. I decided to have mercy on the murder suspect, so I asked for him to get fifteen years in prison, rather than life. After all, there was no solid evidence which showed he was a killer; he could have been innocent. My choice resulted in me getting the bad ending to the game, where the lawyer complained loudly about the trial’s outcome. He said that “the murderer got off easy,” and I felt like I was being punished for being a good person who doesn’t want to send innocent people to jail.

In conclusion, I have to repeat that the game is sort of a mixed bag, compared to the first. Some challenges are made more difficult and interesting, while other challenges are made so simple that they don’t really deserve to be called “challenges.” Steps in the right direction are followed up with steps in the wrong direction, so all in all, I can’t really call this game better or worse than the first one. The two of them are basically equal in quality, so I’ll give them the same score. 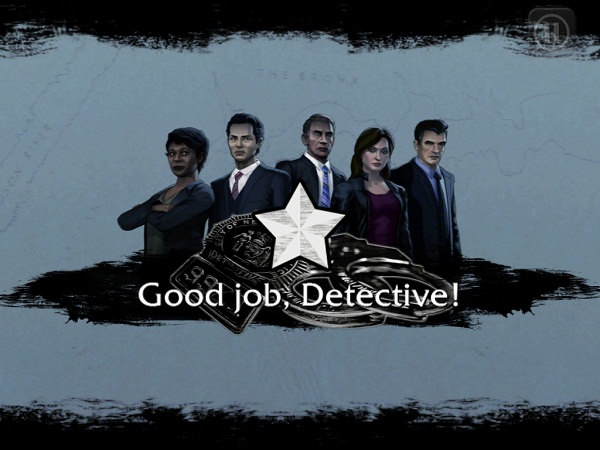 The bearded thugs leave the room, now that their business is done. None of them gives a second glance at the freshly-killed corpse.

A minute passes. Two minutes. Three. Then, something stirs. Like a gunshot, the dead writer’s eyes open up.

He clutches his chest, and the truth hits him. Yes, the thugs shot him, but he was holding his iPad at the time. The iPad must have deflected all the bullets!

The writer gasps as he looks at his beloved tablet computer. The bullets have cracked the screen beyond repair. It will never work again.

Michael's motivation to write GameFAQs guides include laziness and mermaids.