This is the moment everyone has been waiting for: the unboxing of mysterious Chinese RPG Wind Fantasy 6. As I mentioned in my last post, I decided to go for something with a bit more of a familiar Japanesey flavor to it, and the cover of Wind Fantasy 6 does indeed look like it was ripped straight from some B-list anime series circa 2003. 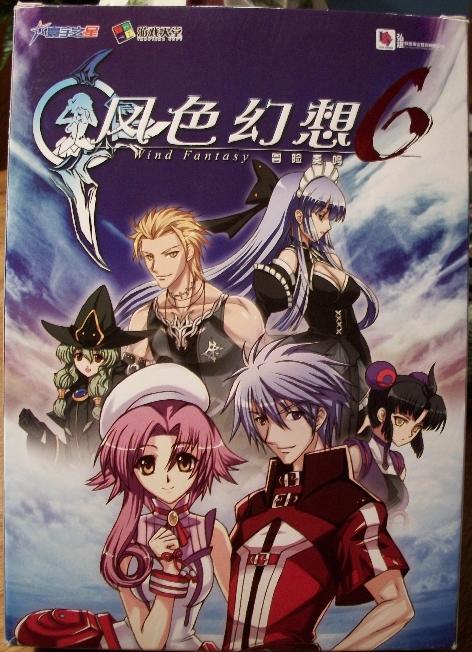 If you follow international news much, you’re likely aware that anti-Japanese riots are something of a national pastime in China. And yet despite all the lingering distrust of Japan, it’s funny to see just how much influence Japan has had on Chinese entertainment media. A minor territorial dispute can easily leave the streets littered with the charred carcasses of Hondas and Mitsubishis or reduce sushi bars to ruins, but nothing will stop the citizens of China from gobbling up manga and Hello Kitty merchandise.

As is the case with many Chinese products, there was some risk regarding whether or not I’d be getting what I paid for. The flashy box could very well contain nothing more than a CD-R taped to a piece of cardboard, but it could also contain a disc plus a variety of fun extras…which are coated in deadly industrial chemicals. 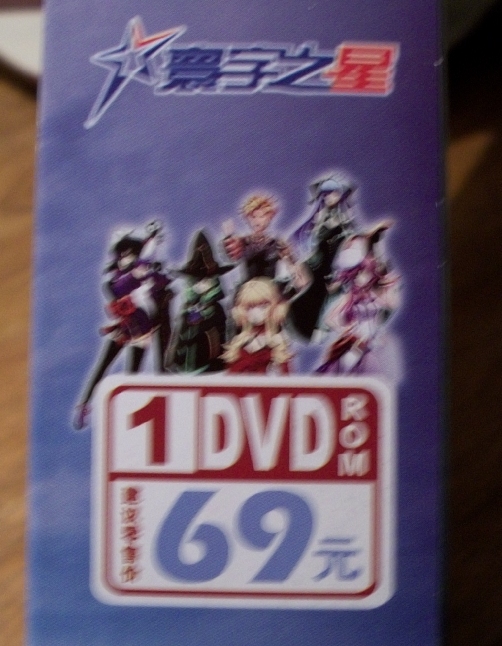 I’ve already invested a whopping 69 RMB into this venture, so a lifetime of heightened cancer risk is hardly worth mentioning.

With great uncertainty, I opened the box to discover… 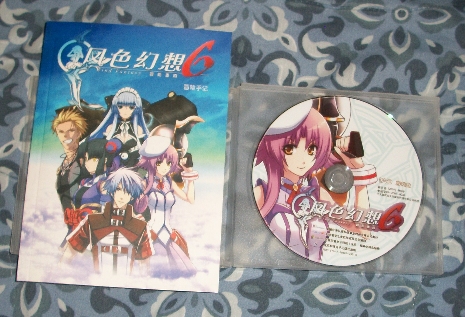 Disc and manual. This looks legit. 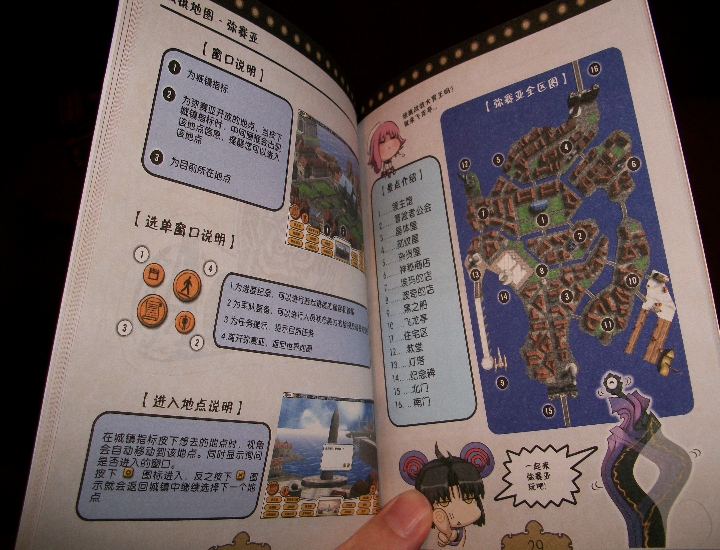 So far so good. Better than expected, even. But I think it’s best to withhold judgment until I get this thing installed. The nice manual and extras could all just be a ruse to get me to pop in the disc and add my PC to some CCP botnet targeting the Pentagon. 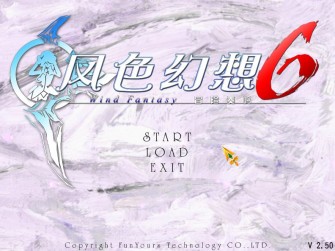 Well, that’s a title screen…but I’m still not convinced. Those options could mean “START installing communication monitoring software,” “LOAD power grid deactivation virus,” and “EXIT to desktop but with all your shortcut icons rearranged because the game runs in a different resolution than the one you set for the rest of your system.” And this could be an opening cutscene, or it could just be… OK, fine, I guess this really is a videogame and not a needlessly complicated plot to lure foreigners to China to unwittingly purchase and install advanced cyber weapons so that hackers can gain access to that treasure trove of information known as “linksys – mom’s house.”

Upon starting up the game, it quickly becomes clear that Wind Fantasy 6 is passable but generic SRPG fare. Combat is based around the usual action-point system, which has you dividing your points between movement, attacks, special attacks, and items. Figuring out what exactly those do, unfortunately, is a matter of trial and error if you don’t have any knowledge of Chinese. There may be some interesting gimmick to the battle system that I’m missing out on due to the language barrier, but spamming each character’s strongest attack on every turn functions just fine as a strategy. 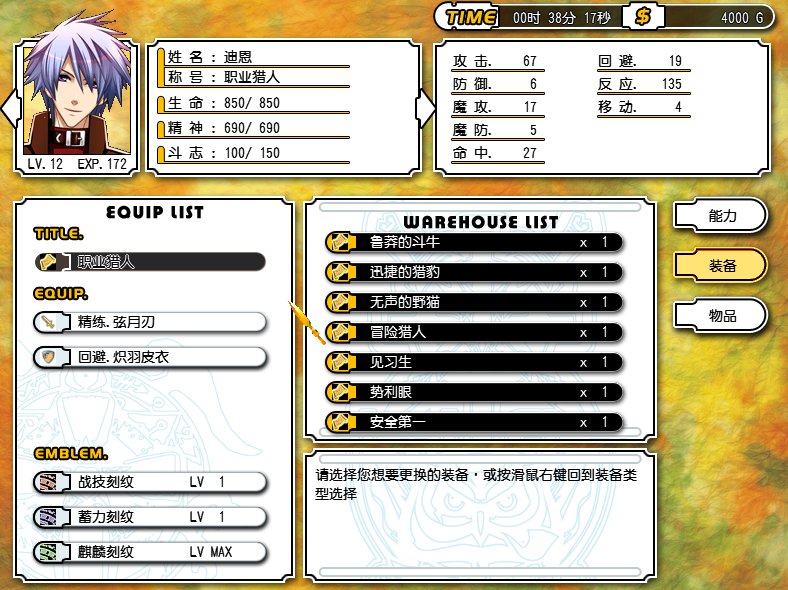 I’m sure one of these is the “transform game into stunning AAA title” button, but I just can’t figure out which.

There were probably some status-effect skills that I was under-utilizing, but as far as I could tell some attacks were simply better than others in terms of damage output. Weaker attacks use less MP, but your characters are given so much MP that there’s really no excuse not to unload the biggest attack available every turn. The balance seems a bit off between the characters as well. The ninja girl (who looks like a knock-off of Sheena from Tales of Symphonia) seems fairly useless, whereas the archetypal screeching pink-haired comic-relief character is a complete beast who can solo many of the early battles in the game. 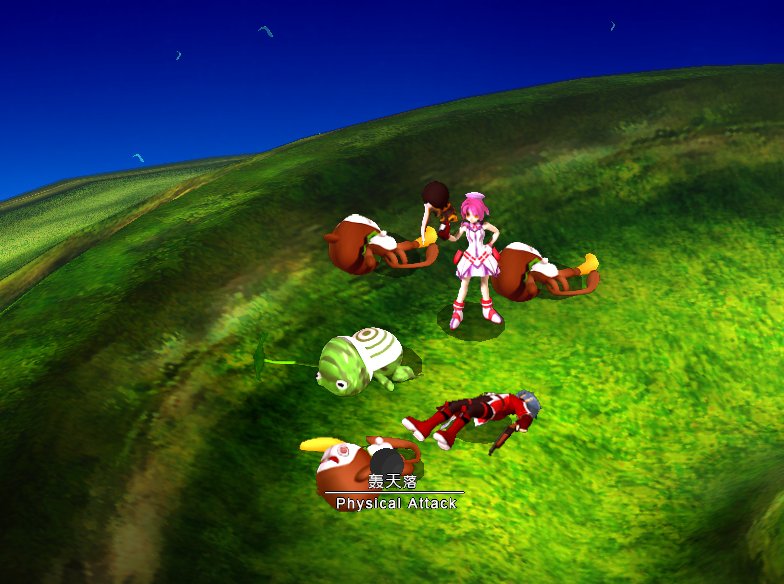 No one can withstand the destructive force of the bowling-ball-pickaxe-gun.

Speaking of the early battles, I cleared about five of them before my strategy broke down and I needed a deeper knowledge of the combat system to progress. This was also around the same time the game switched from confronting me with banana-wielding monkeys and rocketeer dogs to hitting me with swarms of bat-winged demons with area-effect attacks. Rather than thinking in terms of me losing, I prefer to think of this as me being the last boss while the computer enjoys its own personal story mode.

Treasure chests containing what I assume are crucial uber-weapons are scattered around the maps to add something extra to do during battles. Unfortunately, going after these usually means wasting several turns running to the extreme ends of the map and then back again. Maybe my failure to go after these had something to do with my inability to progress very far in the game, but I preferred to keep the battles moving along rather than drag them out so that I could pick up items that I can’t even identify anyway. 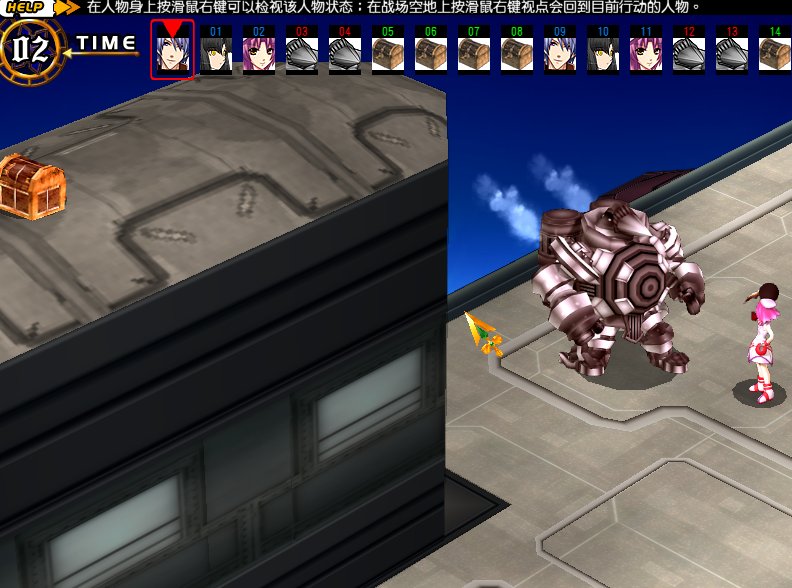 It’ll take a lengthy 30-minute detour just to get to the <incomprehensible moon language> in that chest.

Just as there are probably subtleties of the gameplay I’m failing to grasp, I’m also unable to fairly judge the writing and story. Well, I can’t judge the quality, but I can certainly comment on the quantity. I counted over 150 text boxes between two battles. In standard JRPG fashion, forty of these text boxes contained only ellipses, exclamation points, or question marks. These are all accompanied by large still portraits of the characters during conversation scenes. These are unanimated and unvoiced, but the characters at least have multiple facial expressions including such anime classics as “blank,” “SD rage” and “saying each other’s names wistfully while staring into the distance.” 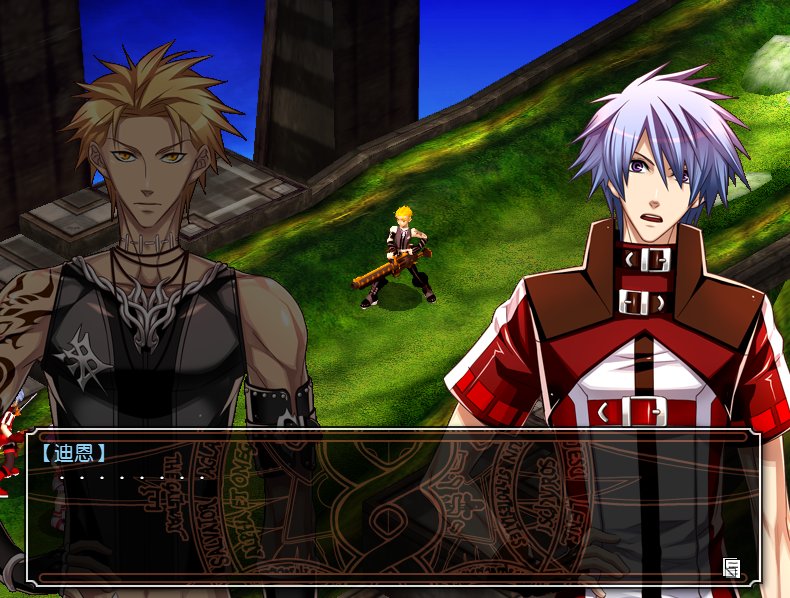 In summary, Wind Fantasy 6 isn’t anything you haven’t seen before…but in a way, that’s a credit to Chinese game designers. They may not be turning out international best-sellers, but they’re at least able to release products which are comparable to those developed in countries with a longer history in the business. Considering that Chinese games are already being picked up on occasion for localization in Japan, the day may come that Chinese developers begin to regularly reach Western shores as well.

A delusion I had about Peggle 2 resulted in an infinitely more fun DIY way to play, and now you too can try it out at home! I know you haven't said "thank you", but you're welcome anyway.