Whenever I play a Castlevania game, I wonder if there will come a day when Dracula’s minions greet his resurrection with an unenthusiastic shrug of the shoulders. “Here we go again” they mutter as they shamble off to their respective spawn points to await death at the hands of the latest visual kei reject to be cranked out by Ayami Kojima. 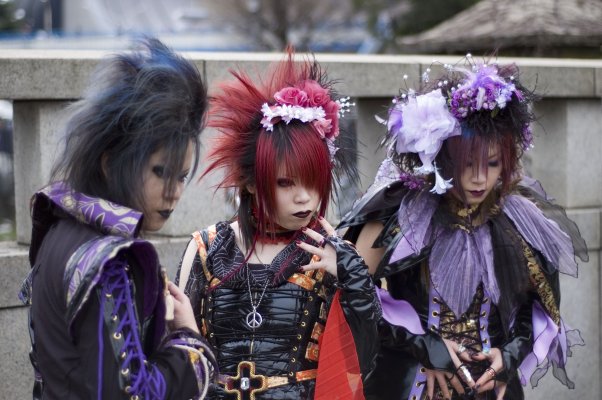 An analogy could be drawn to the latest of my lengthy absences and reappearances. Think of me as Dracula, yourselves as my minions, while China is Simon Belmont, the Bank of China is the Konami Code… Clearly, what I’m trying to say is “Sorry for the suspenseful wait for Part 3.” I wish I had some dramatic tale of political imprisonment and subsequent escape with the aid of alpaca -riding Internet vigilantes to offer in explanation, but the reality isn’t much more exciting than getting bogged down with the challenges of life in China (e.g. not getting murdered by the wives of Chinese officials) and post-China (e.g. the fact that job interviewers find “ESL experience in China” cause for open laughter).

Hopefully the wait will have been worth it, because this is the part where we get to see the best and the worst that Chinese PC developers have to offer. As mentioned in Part 2, Blizzard dominates the Chinese PC-gaming scene, but the works of other developers are readily available. Do these developers necessarily realize that their games are so readily available in China? Probably not. “Hey, honey, could you swing by the supermarket and pick up a bushel of PC games?”

Sure, the games in the picture above are being sold for 15 RMB each (a little more than 2 USD), but at least they’ve been granted the dignity of a box and a shelf. More often, Western PC games end up down in “The Boxes.” You’ll find these at back-alley DVD shops and underground shopping malls: large boxes stuff with flattened cardboard DVD covers. Reach in and you might find something you recognize, but you’re just as likely to pull out a Bizarro version of a familiar title. I’m almost convinced there’s some quantum principle at work and that the universe generates a unique product just for you each time you reach into the box. 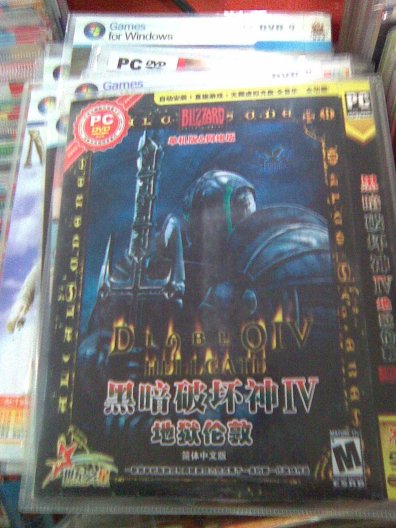 Unphased by the delayed release of Diablo III, Chinese gamers skipped right on ahead to Diablo IV (which bears a suspicious resemblance to Hellgate: London).

That’s not to say that Chinese PC gaming is purely centered on Western imports. Japanese developers like Nihon Falcom have a strong presence on the store shelves—actual official releases for the Chinese market rather than bootlegs—and offer a sneaky means for Chinese gamers to enjoy quality games in all those forbidden console-style genres. Official Chinese releases of Zwei II and Xanadu Next. I’m a little jealous.

But these too are subject to bootlegging. 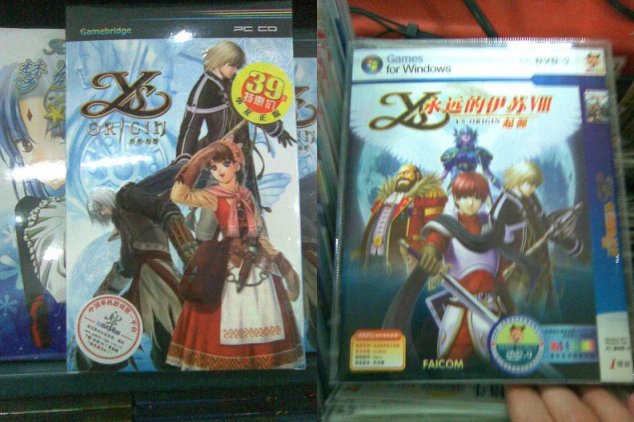 A legit copy of Ys Origin alongside a bootleg copy, with cover art featuring guest stars from Ys: The Oath in Felghana, Ys: The Ark of Napishtim, and…Valkyrie Profile? 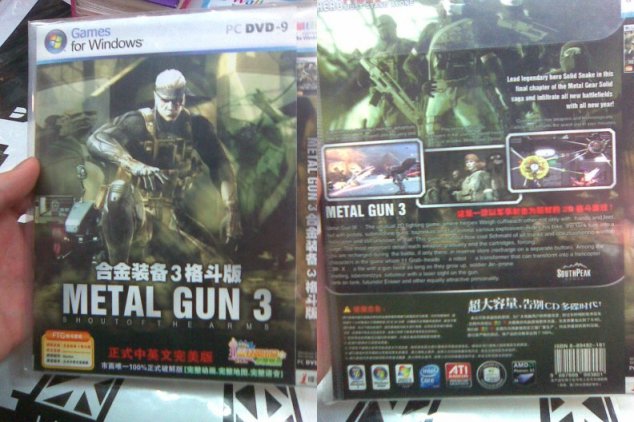 Metal Gun 3: Shout of the Arms. A Japanese doujin 2D fighting game which murdered Solid Snake, stole his identity, and escaped to China.

I’m not as clear on the legal status of the following products: collections of emulated console and handheld games. It’s possible that these are a special product which major publishers have released for the Chinese market, but it’s just as possible that they’re a double-whammy of ripping off the original developer and the consumer by selling something which was probably just downloaded off a random ROM site in the first place. 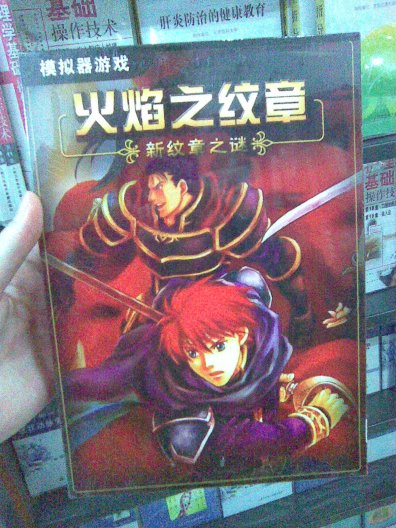 So that’s one side of the PC gaming selection in China, specifically the side that makes your wallet happy and copyright lawyers cry. But what about original games by Chinese developers? Keeping with the theme we’ve seen thus far, let’s get the wacky stuff out of the way first. 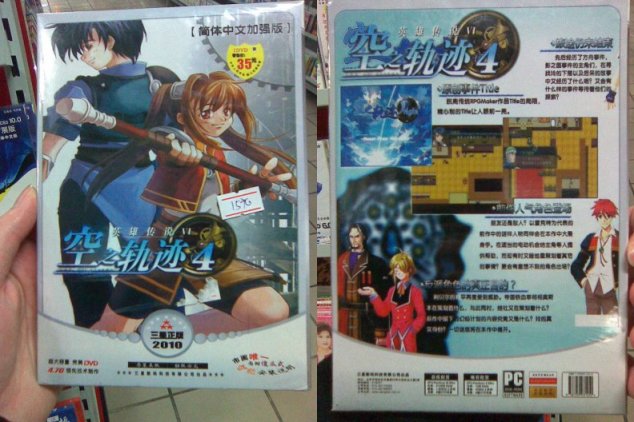 Legend of Heroes: Trails in the Sky 4… made with RPG Maker. 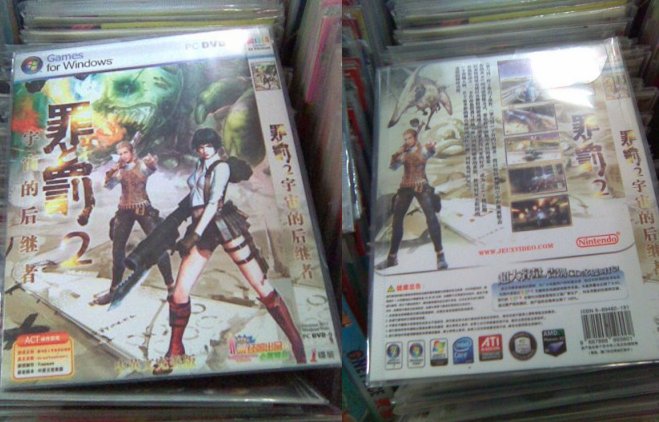 I don’t even know where to start with this one. The screenshots indicate a 3D vehicle combat game, but the cover indicates a nightmarish collaboration of everyone, everywhere, ever. 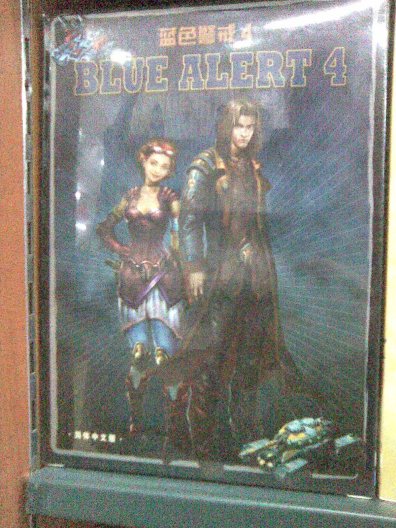 Blue Alert, a more Communist-friendly alternative to Red Alert. A bit derivative, but at least it’s an original game!

Things are looking depressing thus far. Are there any interesting games being made in China? Actually, yes, and they almost all fall into that most lauded of genres, the single-player RPG. Chinese developers draw on both Western and Japanese influences in terms of game design—some go the Diablo route, others go the Final Fantasy route—but the settings and themes tend to be uniquely Chinese. 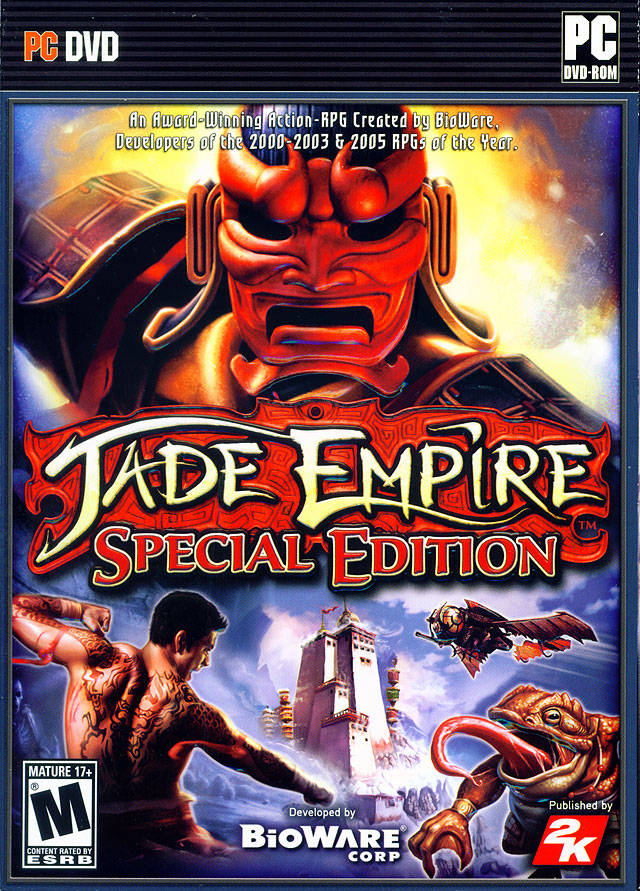 When I say “uniquely Chinese,” I don’t just mean that the characters wear traditional clothing or that the monsters are drawn from Chinese mythology. I mean that the stories draw so from heavily from Chinese historical and literary sources which are little known in the West, the dialogue so peppered with indecipherable Chinese axioms, that one translator at XSEED went so far as to say that it can pose an obstacle to localization. Still, I’m surprised no one has tried to take some of those Chinese sayings and given them the Monkey Island insult-based sword-fight treatment.

HERO: This shall be our final battle!

VILLAIN: Indeed, but have you forgotten? “A child’s buttocks carry three fires.”

The most popular Chinese series I’ve seen around is Chinese Paladin / Legend of Sword and Fairy by Softstar Entertainment. And…it looks pretty impressive. Seriously, click over to their website and check out their YouTube videos. (The company is based out of Taiwan, so they can get away with bourgeois crimes like hosting their trailers on YouTube.) 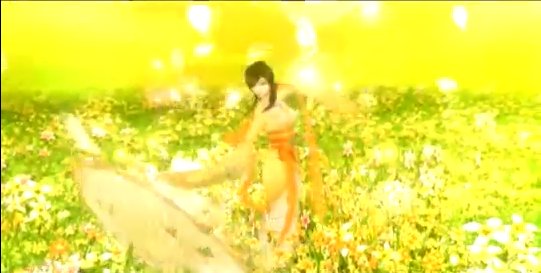 OK, a bit heavy on the swirling flower petals, but the scenery is often impressive. 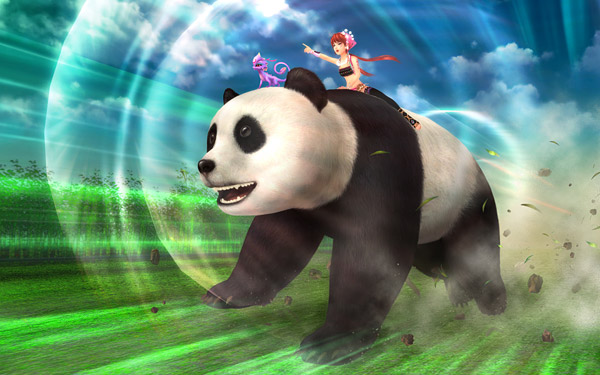 Just in case you forget that you’re playing a Chinese game.

It’s a little less flashy, but the Fantasia Sango series attracted enough attention to be picked up for localization in Japan as Genso Sangokushi. 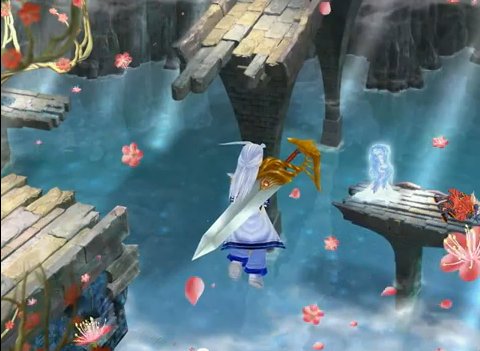 God, again with the flower petals.

Moby Games has an excellent history of these China-centric games, and this post on the NeoGAF forums has some details on a few notable series for those who are interested. When choosing a game to actually purchase and unbox, however, my attention was drawn to the more blatantly Japanese-inspired Wind Fantasy series. I figure I know my anime tropes better than I know my cryptic Chinese cultural references, so in Part 4, I’m going to open this sucker up. We’ll see how much attention Chinese developers pay to their packaging, followed by an exclusive walkthrough of as much of the game as I’m able and willing to stumble through with no Chinese reading comprehension. 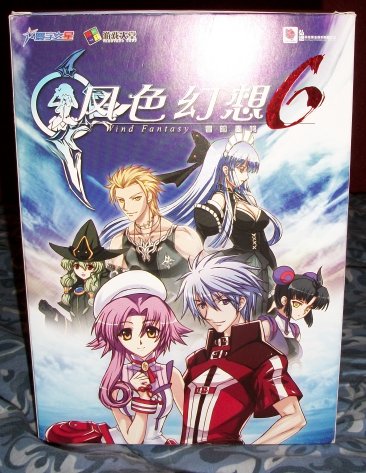