In Part 1 of my look at gaming in China, I discussed the ambiguous legal status of game consoles: the PS3, 360, and Wii remain a special niche for dedicated gamers. But if the ban on consoles achieved anything, it was to create a haven for PC gamers. Back at home in the U.S., PC gaming is something to be talked about only at secretive gatherings of like-minded gaming geeks. But here in China, PC gaming is something regularly encountered, free from shame. 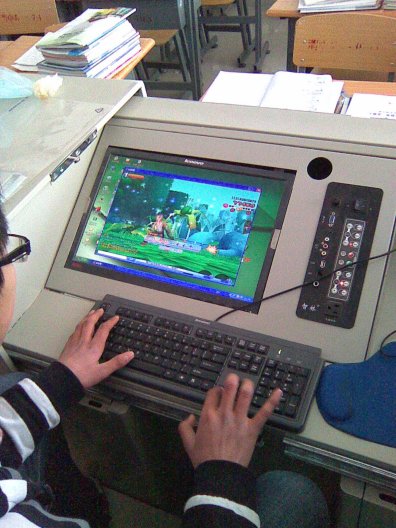 What’s that? Five minutes until the next class? QUICK, TO THE RHYTHM GAME!

While PC gaming has avoided the fate foisted upon the consoles by overzealous legislators, it still has its own legal minefield to navigate. Most readers have probably heard about Internet censorship in China. Political criticism, sensitive news topics, and obscenity are closely monitored. There are Internet police on patrol reading your snarky tweets and status updates, your personal blog posts and stupid, stupid forum arguments, hoping for an excuse to hit that giant red delete button which I like to imagine sits under a glass case at the core of their command center. 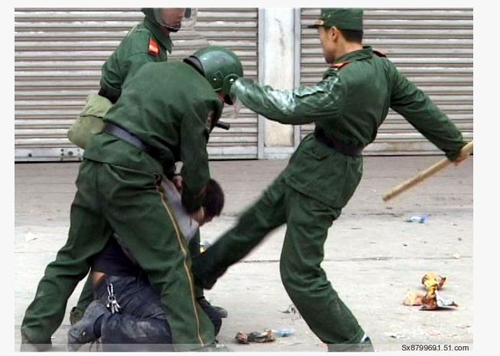 This is what happens if you post something like “I think some of Mao Zedong’s otherwise brilliant policies suffered from poor implementation” on Renren.com. “The CCP is a big doody-head” will provoke a much more severe response.

Even game content is occasionally subjected to censorship. While you might think that this would stifle the formation of online gaming communities (a raging hive of obscenity if ever there was one), the reality is that gamers themselves don’t have much to worry about so long as they can restrain themselves from shouting “TIBET TIBET TIBET TIANANMEN SQUARE DALAI LAMA” over teamchat.

So, what games are Chinese gamers playing? South Korea may be king when it comes to tales of RTS-induced madness, like that guy who starved himself to death while playing Starcraft, but Blizzard has its share of fans in China as well. China took the Gold and Silver medals for Warcraft III in the 2009 World Cyber Games (which are totally a real thing and not something invented for a modern remake of The Wizard). Also, that unlicensed Blizzard-themed amusement park in Changzhou which you might have heard of actually opened last summer. A colleague of mine even received a bizarre English textbook last term which had a chapter on Warcraft-related vocabulary. I mean, sure, that could be a really fun lesson, but I’m pretty sure that “death knight” will not appear on the college entrance exam.

It’s not all about the RTS genre in China though. Counterstrike (along with its Korean-developed imitator, Cross Fire) is another favorite, but not everyone can hop online and play from home. Many gamers instead get their fix at one of the local netbars, which have now spread from the big cities into smaller towns in China. I’m not sure if this is standard practice or due to its proximity to the school, but the local netbar at my current location limits entry to customers over the age of 18, as if online gaming was some kind of dangerous substance which must be kept out of the hands of children. (But maybe they’re right: China has been catching up in the gaming-related fatalities race.) 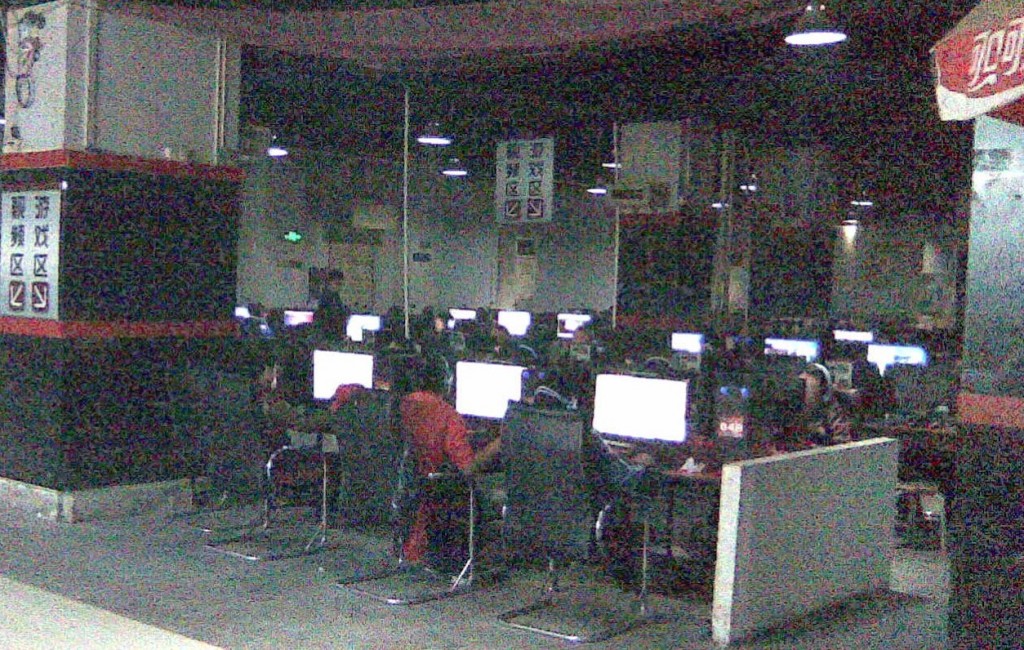 A dimly lit, smoky room full of torpid young men wasting their lives away… I guess the netbar does kind of resemble a 19th century opium den.

Despite valiant efforts to protect the children, the influence of these popular games has crept into my classroom of 11-year-old students. My recent customer-clerk roleplay activity quickly degenerated into some sort of illegal international arms deal between the boys, involving a huge shipment of M16s and AK-47s. It’s just a hunch, but I suspect this incident is connected to my discovery that someone has installed Cross Fire on almost every computer in the school.

The more casual audience, meanwhile, has been swept up in an Angry Birds and Plants vs. Zombies craze. Toys, books, clothing, stationery, board games, card games… You can hardly go anywhere in China right now without encountering a rack of cuddly zombie plushies, and I see piles of Angry Birds notebooks every time I enter the student bookstore. 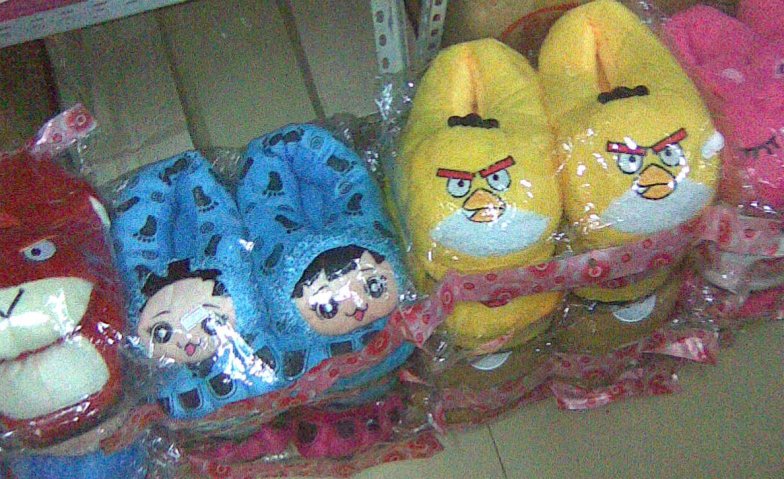 Start your day by slipping on your Angry Bird slippers… 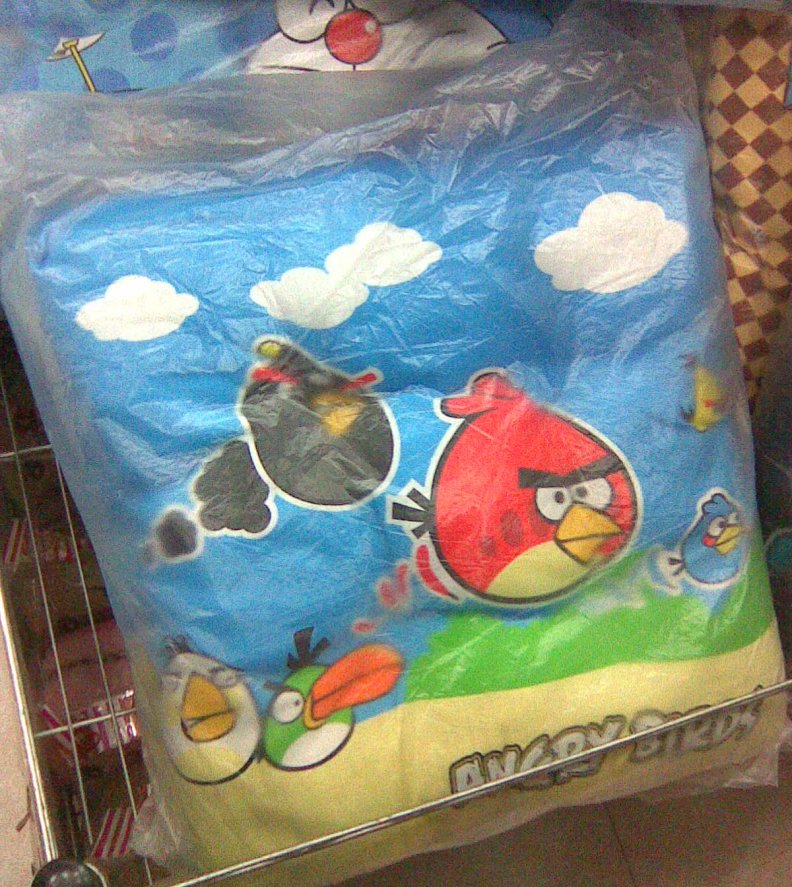 …and sitting down for breakfast on your Angry Bird cushion… 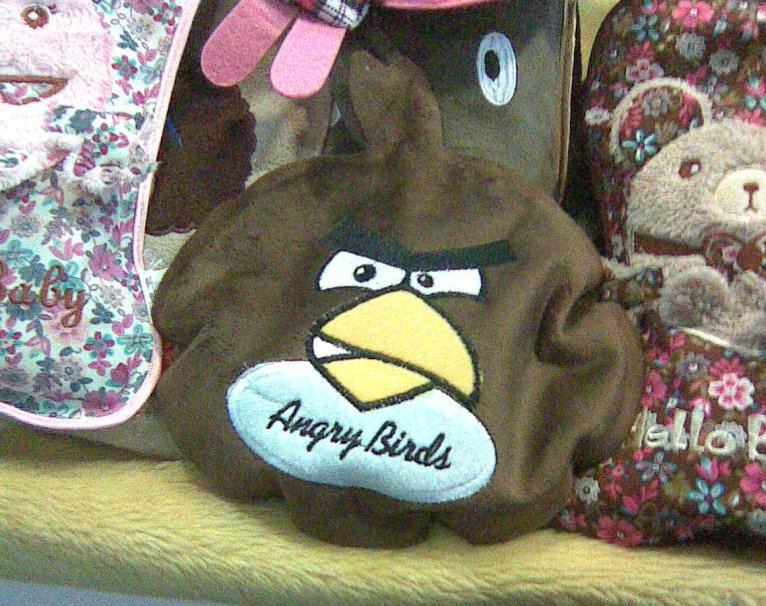 …while avoiding the morning chill with your Angry Bird hot water bottle. 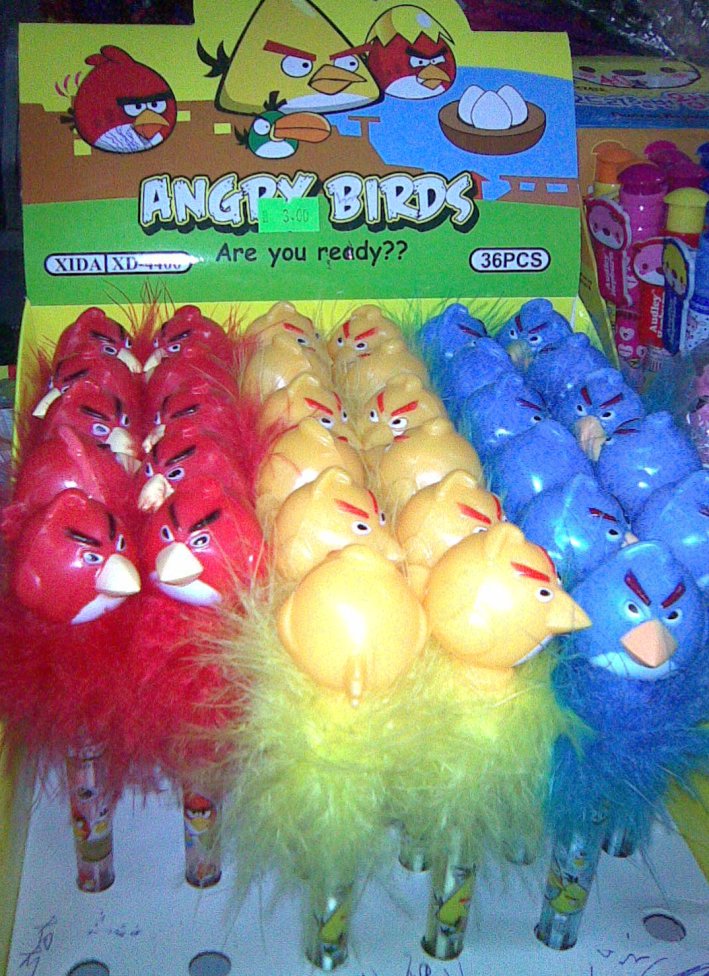 Then, grab an Angry Bird pen to write down your to-do list… 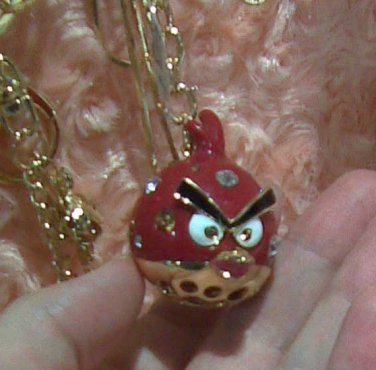 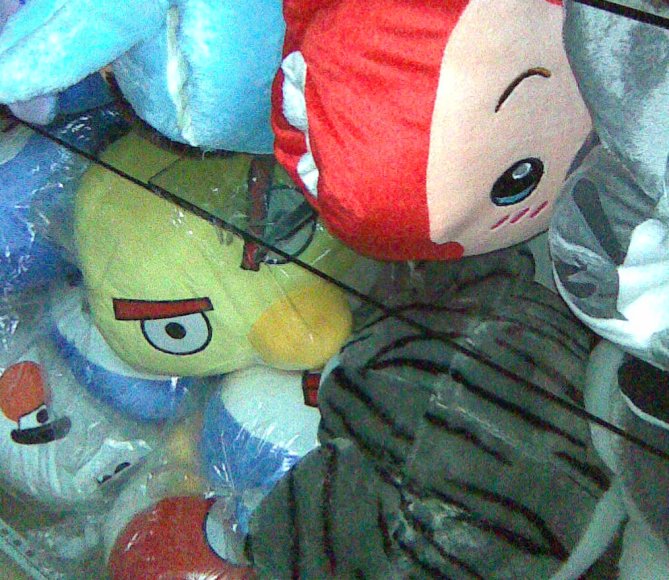 …where Angry Birds will watch your every move.

With a market of a billion potential fans, you’d think Popcap and Rovio would own all of the money in the world by now, but most of the merchandise appears to be unlicensed cash-ins which sometimes involve multiple layers of copyright infringement.

Plants vs. Zombies: The Board Game is 1) actually a card game, 2) composed of screenshots from the game, and 3) Battle Line.

It’s the same fate suffered in China by the most iconic videogame characters, so I suppose it can be considered a badge of honor. Once you’ve been converted into a miscolored off-model mutant version of yourself, you know you’ve hit it big: 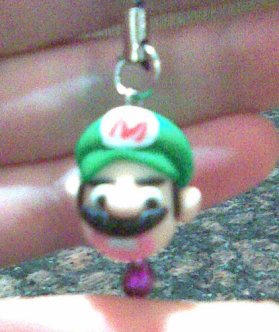 I can’t quite put my finger on it, but something tells me that this is not an official Nintendo product…

But note that at the beginning of this post I said that China is a haven for “PC gamers” rather than “PC developers.” In a country where you can get away with building an entire unlicensed amusement park, it should come as no surprise that piracy is the rule rather than the exception, and cheap bootleg copies of games are openly sold at major retail stores in place of the real thing. Western-developed games particularly suffer from this business model despite their popularity. This post has gotten a little long, so we’ll take a look at the selection available on store shelves in Part 3. Let’s just say it never ceases to surprise. 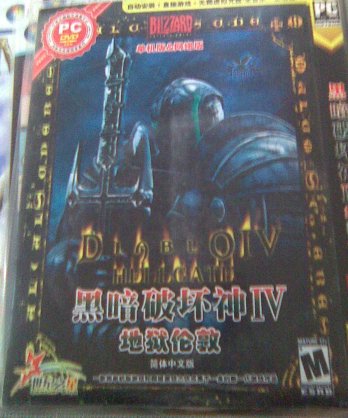 China: You can buy games from the future.

Guest review by: Lisa HarrisonDear reader, please allow me a moment of misty-eyed recollection. Let me remember the times I spent as a young child - blonde-haired, blue-eyed, grinning broadly, full of