Greetings, GameCola readers. You may remember me from such articles as my review of the DS homebrew game Powder, my relentless fangasming over the works of Nihon Falcom, or, more recently, my total disappearance for the last several months. I’ve been on a journey…to the east…to Morrowind China. I’ve been teaching English at middle schools, and, well, let’s just say that I have my work cut out for me. 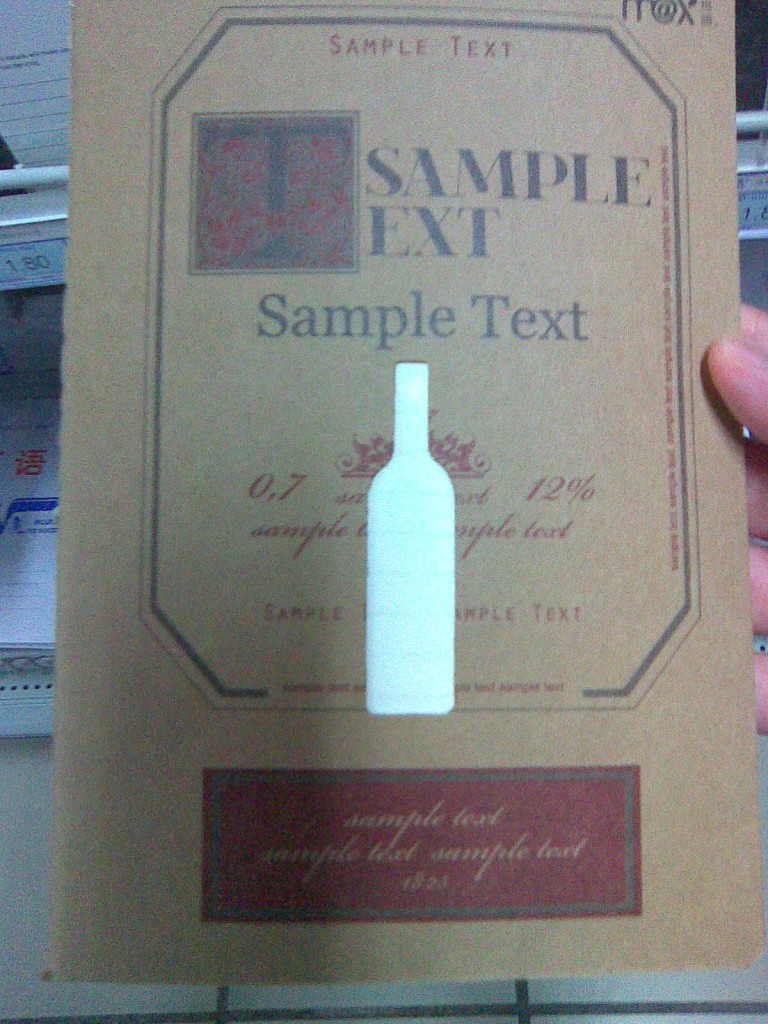 My students will frequently just shout “SAMPLE TEXT” when I call on them in class.

As I prepared myself for the big move, a lifetime of exposure to mainstream news media images of China left me filled with worry: How frequently can I expect to be beaten and dragged through the streets for being a Western capitalist-imperialist pig-dog? What do Chinese citizens do for fun when they aren’t being run over by tanks while undergoing forced abortions? Do they actually have videogames, or is fun illegal under communist rule?

As it turns out, my fears were ill-founded. Admittedly, Chinese cities have their rough spots (i.e., the bathrooms) and the smog level often reaches “Quite Unpleasant,” but they are otherwise lively places which look much less like the evil empire capital city from Final Fantasy VI than I expected. Likewise, the country is populated not by terrified peasants huddling in ruined villages, but by anime-obsessed teens hanging out at the mall. Really, it’s just like being back at home.

CHINA: It’s kind of like putting a first-world country and a third-world country together in a bag and hitting it with a hammer a bunch.

And gaming is indeed alive and well. Yet when it comes to gaming in Asia, most people think of the popular console developers from Japan or the MMORPGs of South Korea. China is rarely mentioned other than as a source of bootleg games, DS flash cards, and knock-off consoles. So just what is gaming like in this mysterious frontier, and what hidden gems await discovery?

If you’re a fan of good old console gaming, the first thing you should know is that, well, you’re kind of screwed. As this article from Kotaku reported last year, videogame consoles are technically illegal thanks to a classic “Oh God, Think of the Children” law enacted 11 years ago. The second thing you should know is that you’re not completely screwed: loopholes are abundant and enforcement is virtually non-existent. 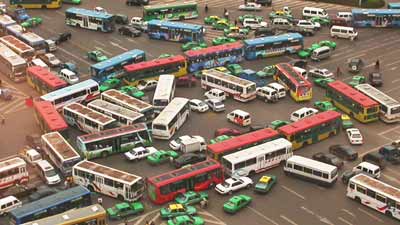 While the article itself is quite informative, the comments which followed quickly devolved into nonsensical political wrangling from armchair analysts. I’m actually in the country right now, so I’m going to give you the real deal, the scoop, the bee’s knees, the Charleston Chew.

Handheld gaming systems are indeed curiously exempt from the ban, presumably because they do not contain the mysterious radioactive element which has been determined by China’s government to rot the brains of children. Nintendo even operates their own handheld stores in major cities but sells their products under the “iQue” brand, possibly fearing that their evil devil machines will be seized and burned with cries of “Remember Nanjing!” should their Japanese origins be made known. The PSP is also readily available at almost any electronics store, but games are often in shorter supply since pretty much everyone in China openly laughs at the thought of paying for software. Despite their availability, however, I have never actually seen anyone playing a DS or PSP in public. Granted, I spend most of my time with kids who are put through 12 hours of school, six days a week, which leaves little time for things like videogames or doing anything other than struggling to maintain some shred of your sanity.

Despite the law, the home consoles still have a presence. I asked a Chinese friend about the ban on consoles and she was not even aware that it existed, although she did remark “So that’s why I don’t see them at the mall.” While the systems are indeed not often seen at major retailers, on a recent foray to Beijing I found a number of specialty shops along Gu Lou Dong Da Jie (“Drum Tower East Street”) openly selling the 360, PS3, and Wii without having their doors kicked in by SWAT teams. 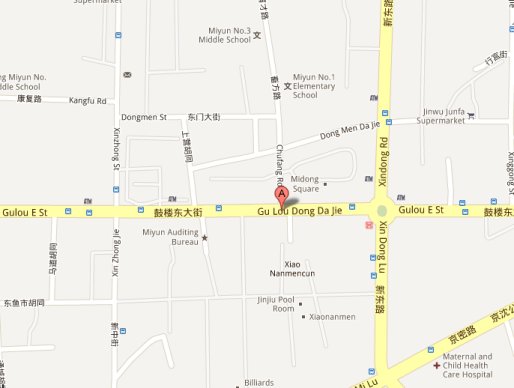 The heart of Beijing’s criminal underworld, right in-between the local elementary school and the children’s hospital.

The boxes of the 360s and PS3s all had both English and Chinese on them: they probably came from Hong Kong, which is considered a separate market from the mainland with its own laws. The Wiis, on the other hand, all had Japanese or Korean on the box despite the 2008 release of a Chinese-language version in Taiwan (which, I should add for the sake of any government officials monitoring my Internet transmissions, is definitely a province of China and not at all a separate country please don’t send me back to the re-education camp). My best guess is that the Japanese and Korean Wiis are unsold surplus stock due to the fierce competition from the Vii.

Speaking of the Vii, cheap knock-off consoles flourish under the alleged ban. The biggest barrier to mainstream console gaming may not be the law at all, but simply the fact that Microsoft, Sony, and Nintendo’s products are priced beyond what most people can afford. Whereas the availability of a foreign console is limited to specialty shops, the local bookstore or supermarket is a ready source for a PSP-shaped object or simple Wii-esque gaming machine.

Can you spot the real PSP in this picture? (Hint: No.)

With such alternatives available for a fraction of the price, those expensive foreign consoles might be a hard sell to parents who are likely thinking “When I was a kid, we didn’t have videogames. We had the god damned Cultural Revolution.” Nintendo has made an effort to compete by offering cheaper products like the iQue Player: what at first glance looks like another knock-off “console in a controller” is actually an official product, a miniaturized N64 which sneaks through a loophole in the ban on home consoles. It may seem unfair that Nintendo can get away with selling old games like Ocarina of Time to Chinese gamers while the rest of the world gets to enjoy new products like the 3DS and…oh, yeah, nevermind.

That’s the weird, ambiguous status of console and handheld gaming in China right now. If you’re a fan of PC gaming, on the other hand, you’re in luck. Sort of. In Part 2 of my China adventures, I’ll take a closer look at the popularity of online gaming in China, RPGs by Chinese developers, oddities I’ve dug up in the budget bin, and lots of pictures of the current gaming-related merchandise craze. Expect an abundance of plants, zombies, birds, and anger. 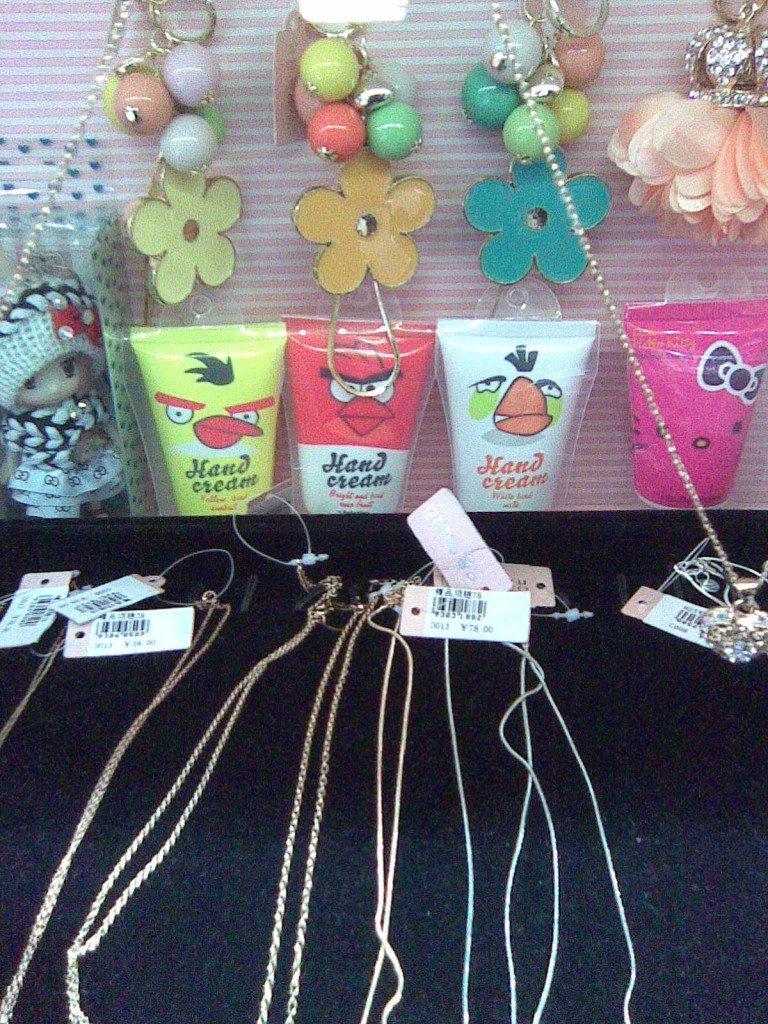 Slather your hands in avian fury.

When deciding what videogame console to purchase, whose endorsement is better than a blind man's?