They’re not your Sims! They’re–

Putting the “Sim” in Simple

I find The Sims too confusing. The not-so-simple act of running someone’s life is further complicated with the inclusion of sanity meters, pleasure meters, conversation trees and aspirations. I like to cut corners in life and in videogames, so I need simplicity.

Simpler is better. MySims is The Sims 2 without all of the meters. Your Sim never needs the toilet, or a shower. Your Sim doesn’t get mad when they’re not getting social interaction, and a crazy pink bunny doesn’t fall out of the sky to make them feel better when they’re having an “off” day. There’s basically just a system where you’re friends with someone or not. This is the first simulation game I have played where being as smart as Galileo Galilei is not a prerequisite. 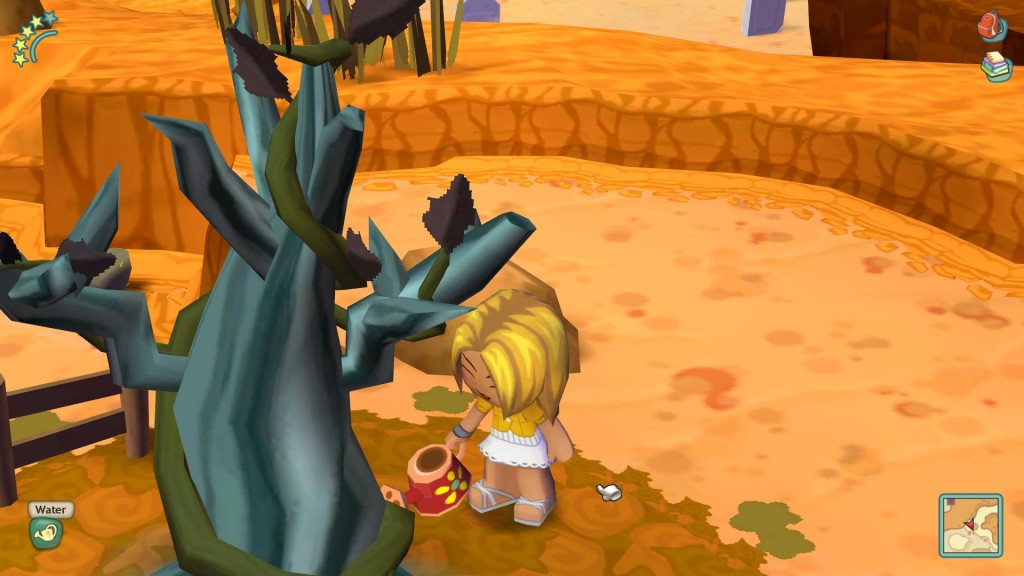 The problem with the game is that it’s both way too long and involved, and the object creation is boring. Making objects requires you to follow a blueprint and deviate to make it prettier. You’ll need to use certain paints, or rather “Essences” that you pick up from the game world. Good luck finding some of them, because essences don’t grow on trees. …Well, actually, some of them do.

Once you’ve painted the object and made it pretty, you’ll give it to the person and they’ll ask you to make something else for them. Even after you’ve totally pleased them, and become their “Best Friend,” you won’t get a rest. Someone else wants to move into town and you’ll restart the whole process. 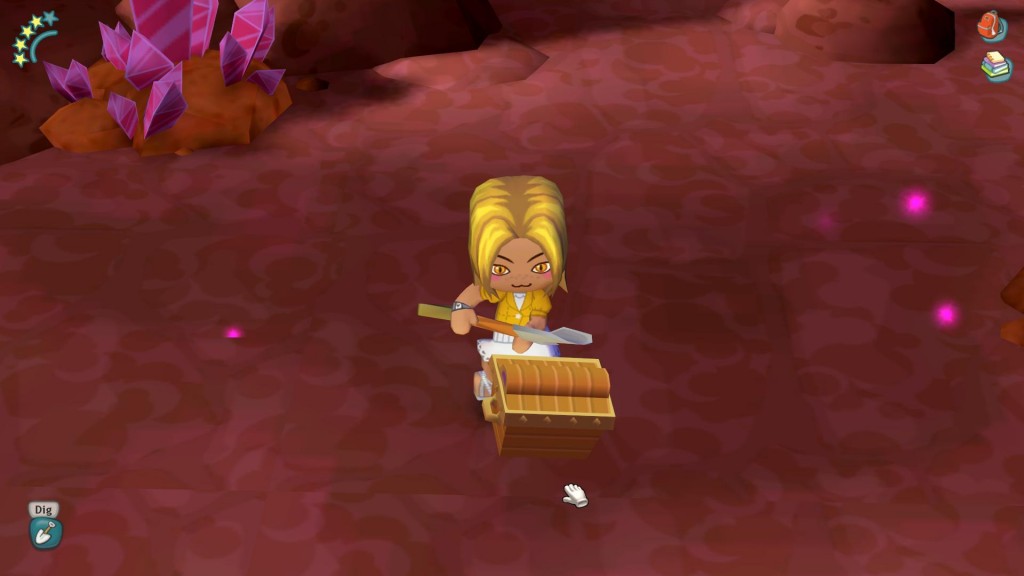 The PC version introduces online play, which was shut down because nobody was playing. From the back of the box, it sounds like it was just games of tag, sharing objects and throwing snowballs around. Even if it hadn’t have been shut down, I’d still rather play by my lonesome.

The Sims who you invite into town all have their own personalities and traits, which are revealed by talking to them. My favorite character is the goth, Raven. She says, upon your first meeting, “The night calls me sister, but you can call me Raven.” At times, the writing made me giggle. But more often than not, it seemed to be trying too hard to make me laugh. It’s a really hit-or-miss script, but the hits are funny enough to trigger a smile. 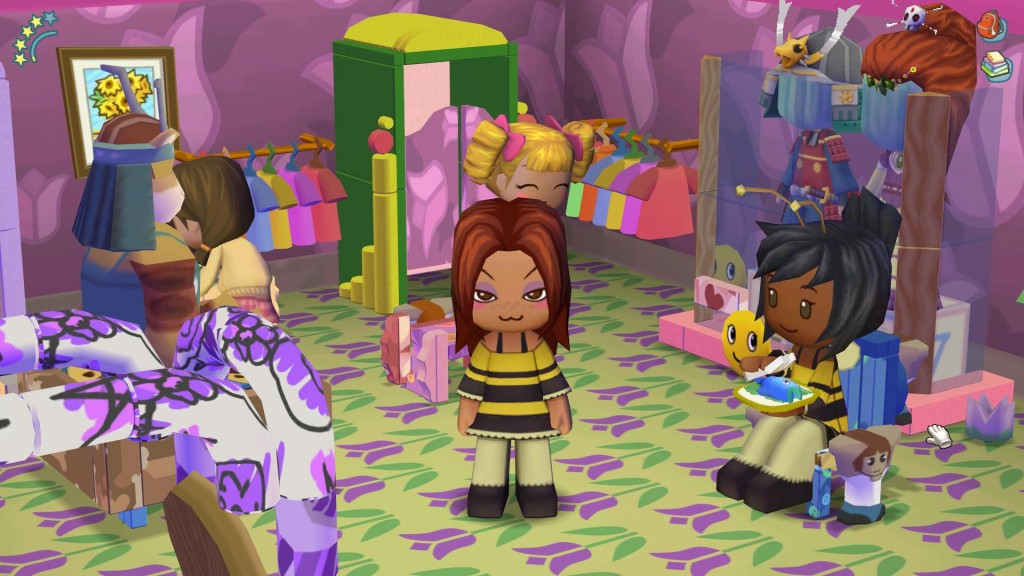 Sometimes, when a console game gets ported to the PC, the controls are made so much better that you can’t fathom what the original controls must have been like. But in the case of MySims, it’s apparent that this game first came out on the Nintendo Wii. It still plays like a Wii game, except the Wii Remote has been replaced with the mouse. It’s awkward as hell to control and it can’t be tweaked or altered, so get used to it.

The higher resolutions and the full 1080p support make this game look like a treat. The Wii version probably doesn’t look this good, even when running through an emulator. The way it fills the screen with bright colors and quirky shapes makes me very cheerful as I play. This really is one of those wet-weather games designed to make me feel warm deep inside. My inner child grins from ear to ear when the townsfolk speak in their silly tongues.

Some parts of the interface fall apart at the highest resolution, such as the black bars that appear during a cutscene. I’m not complaining, as I have a thing for incomplete games after all, but this should have been checked during testing. 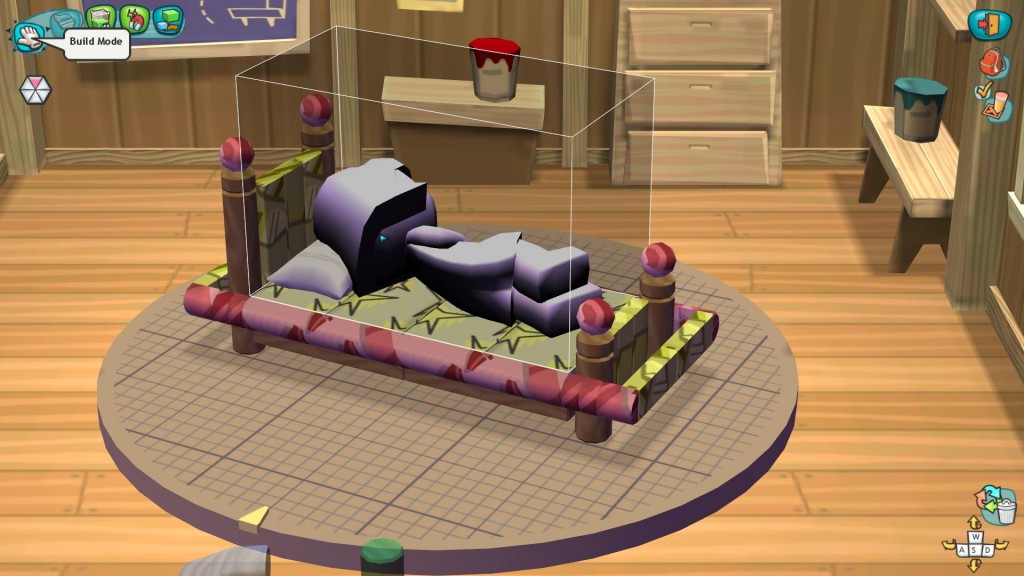 Should MySims be in your game library? Nah. It’s generic, boring and mediocre, but it’s also cheerful, sunny and bright. MySims therefore hits a certain soft spot in my heart, but that’s all it does and nothing more. I doubt anybody with a more acceptable taste in videogames would even care a little.

Certainly, if you’re after something similar, the sequel MySims Kingdom is much better and fixes some of the more major problems.

Sources at Game Informer, the most reliable videogame news source ever to come free with a GameStop membership, are saying that Nintendo will be unveiling its next videogame console at this year's E3