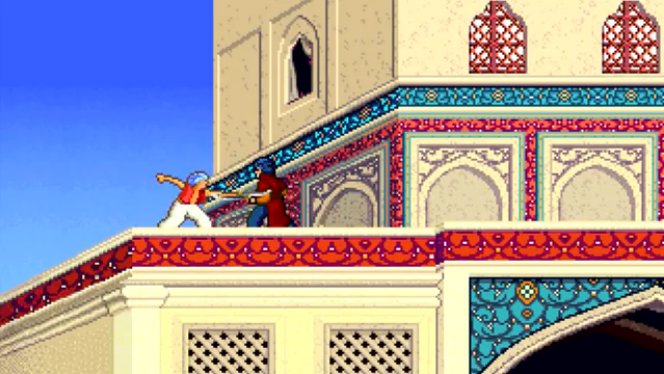 Ubisoft recently announced that they are creating a remake for the lesser-known Prince of Persia game. That’s right, everyone. Prince of Persia: Harem Adventures is finally seeing a widespread release! In this fantastic dating sim, you star as the Prince, who is trying to find the right woman to become his bride. Can he find true love, or will he fall prey to a scheming woman who is only interested in becoming queen?

Oh, never mind. The remake is for Prince of Persia 2: The Shadow and the Flame.

The game features “stunning new visuals”, which appear to have been copy/pasted from the GameCube era version of Prince of Persia. No release date has been announced.