It has been announced that DuckTales: Remastered will have all the voice actors from the TV show. Some media attention has been given to voice actors Alan Young and June Foray, who are both in their mid-90’s by now. Alan voices Scrooge McDuck, while June voices Magica De Spell, and— 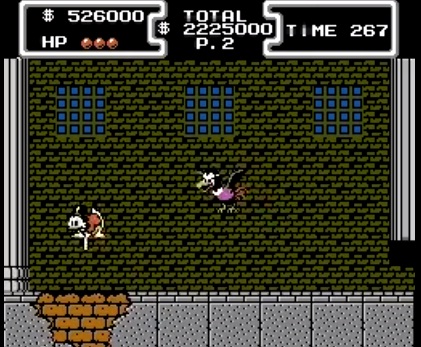 Even as a kid, I didn’t understand why Magica was in the game. She is the boss of the Transylvania level, which is a tad illogical considering that she’s from Russia. Even more illogical is the fact that she turns into a vulture to fight Scrooge. Of all the magical powers at her disposal, she decides to change from one bird…to another bird of the exact same size.

I get the feeling that the developers made a vulture boss, and then they kinda-sorta turned it into Magica. The vulture is reused in the final challenge of the game, where it carries Flintheart Glomgold. The race to beat Glomgold to the treasure is a nice little challenge, but again, it’s illogical. Glomgold has not been seen or mentioned anywhere in the game, before now. Why is he here? Why is Magica working for him? Did the two stand by and patiently wait for Scrooge to defeat the final boss, before making their appearance?

Let’s hope that the new scenes will explain some of these questions. And let’s hope the answers are more exciting than “Capcom just re-used art assets from other games and just slapped duck-related things onto them”.

The fact that Magica has voice-acted scenes in DuckTales: Remastered suggests that all of the bosses in the game are going to have dialogue. That’s fine for Magica and the Terra-Firmian King, who were in the TV show. The other four bosses in the game are a Yeti, an Incan robot thing, a large moon rat and Dracula Duck. As far as I know, they weren’t in the TV show. Are these enemies going to have dialogue as well?

I’d settle for only giving dialogue/scenes to the boss battles with Magica and Dracula Duck. The other bosses can be written off as not important enough to get dialogue, and that includes the Terra-Firmian King because I didn’t like his episode. Maybe the original comic book version was better, because that was just a weird episode. 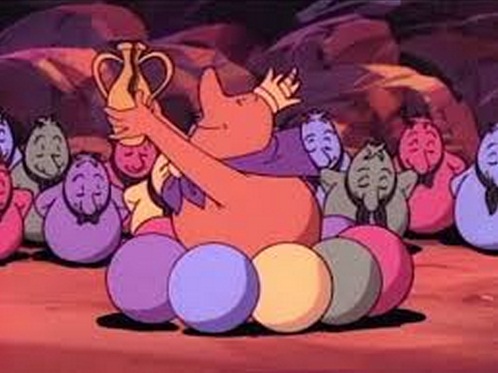 Another voice actor who has been confirmed for DuckTales: Remastered is Terry McGovern, voice of Launchpad McQuack. In this game, Launchpad is the save point for every level. If you die, you restart next to him. He can also take you out of a level and back to the level selection screen, if you want.

Launchpad is also the cameo appearance in the Amazon level. You see, every level of the game has, or tries to have, a subplot/cameo appearance. Here’s a list of them:

What if the presence of Launchpad’s voice actor means that all these minor subplots have voice acting as well? That would mean a Gizmo Duck scene and a Beagle Boys scene! I am not opposed to those in the slightest. Mrs. Beakley also makes a few scattered cameos throughout the game, although she never has dialogue; she just refills Scrooge’s health meter. 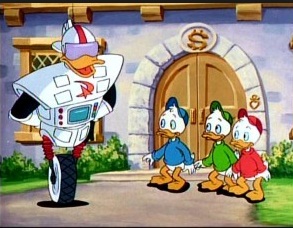 I’d also ask about the hidden challenge with Gyro, which you get if you exit a level under certain conditions. I never exited levels, because that would mean restarting them from the beginning later. It’d be nice if they included that in the game. Since Gyro’s voice actor has died, no one has confirmed if he will be in the game.

Another well-hidden bonus is the “bad ending”, which you get if you complete the game with exactly zero dollars in Scrooge’s bank. You can only get this, by spending all of his money on health refills. It’d be nice if they included that, too.

Of course, the nicest thing of all would be a re-release of DuckTales for the Game Boy. With this game programmed and completed, it’s not too much additional work to recreate the Game Boy version. In a world where DLC is an industry standard, this isn’t an impossibility, is it?