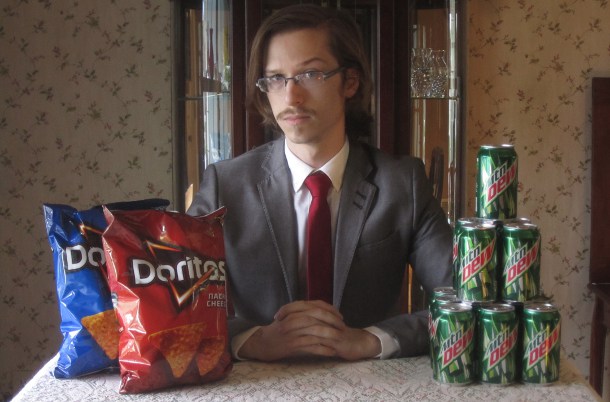 Being a developer just breaking into the scene at Xbox Live Indie Games, I was worried when Microsoft snuck XNA’s discontinuation notice into the fine print of an update. How are we supposed to make new games if the coding framework is no longer being supported? Maybe they’d talk more about it when they revealed the new Xbox. Maybe they’d even announce a new, better service.

At the Xbox Reveal, there was no mention of indie games. I anxiously started looking into other venues, like PlayStation Mobile, the 3DS eShop, and the Ouya.

Finally, E3 came and Microsoft actually mentioned indie developers; I was on the edge of my seat:

Fostering a thriving global community of developers is central to our mission at Xbox.

Nobody has been more committed to supporting independent game development than Xbox.

We have helped over 200 indie developers launch more than 400 games, totaling—

Wait, 400 games? Don’t you mean almost 3,000? They then gave a little over 30 seconds to show a trailer for Minecraft, you know, that small-time game that’s sold almost 11 million copies. You’re not talking about Xbox Live Indie Games, with its multitude of small teams and individual hobbyists publish their own titles for $1 each. You’re talking about Xbox Live Arcade, where established independent game development teams find publishers and sell their games for $5, $10, even $20, alongside downloadable titles from major companies like EA and Ubisoft. We know we’ve been your forgotten child for so long, Microsoft. You’re not even going to acknowledge our existence? Why have you forsaken us?

That’s when Sony came along. While details had been few, Sony consistently told us that indie development would be easier in their new console generation. Finally, at E3 it was announced that they would be opening a complete indie channel—where development teams of all sizes and budgets can self-publish. Sony spent nearly five minutes of the show covering different developers that they invited to personally join them on stage. They made a real effort to make their system inviting to indies.

So, the eternal question posed by Led Zeppelin: where do we go, now?

The path is clear. While details don’t seem to be fully released yet, even ignoring Sony’s unapologetic decimation of Microsoft, the choice seems obvious—for gamers, but most importantly to me, for indie developers. With the ability to self-publish to console, handheld, and mobile platforms on a service that seems to actually care that they exist, I’m curious to see what the indies can come up with this console generation.

omg, would u please stop e-mailing me!!! i did NOT subscribe to whatever ur doing here, and i would really appreciate it if u just stop sending me these things!!!Michael GaglianoI enjoyed carbonated n