Gumulon for the iOS is a game where you control your character by chewing gum. Here is a disturbing photograph, featuring actual gameplay: 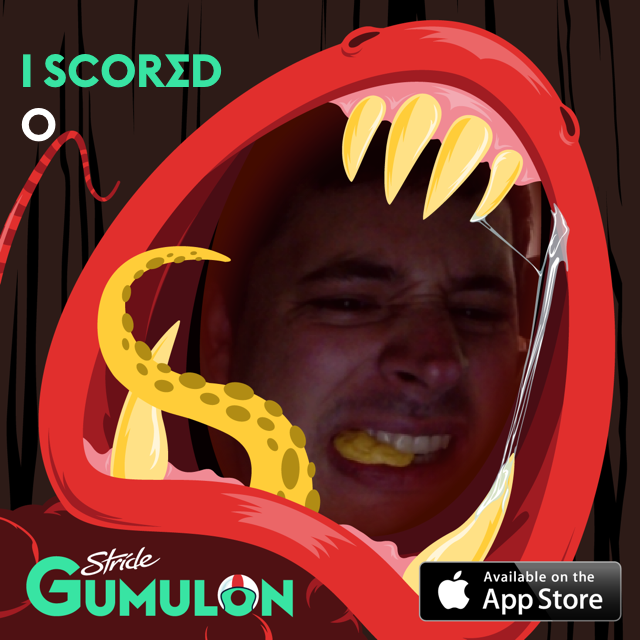 Yes, the game takes pictures of you while you’re chewing gum. That is wrong on so many levels.

In this game, your character swings around a series of pegs. The goal is to get as far up as you can, before you’re eaten by a monster. Along the way, you can collect jewel-like shards and rescue characters by swinging on a particular peg three times. It’s sort of like DK: King of Swing, with even less controls.

See, the controls are more like “the control”. There is only one move your character can do: jump. Tap the screen, and your character jumps off a peg. It’s more difficult than it sounds, because you have to have good timing and aiming skills to jump from peg to peg, but at the end of the day, the game is a one-trick pony. 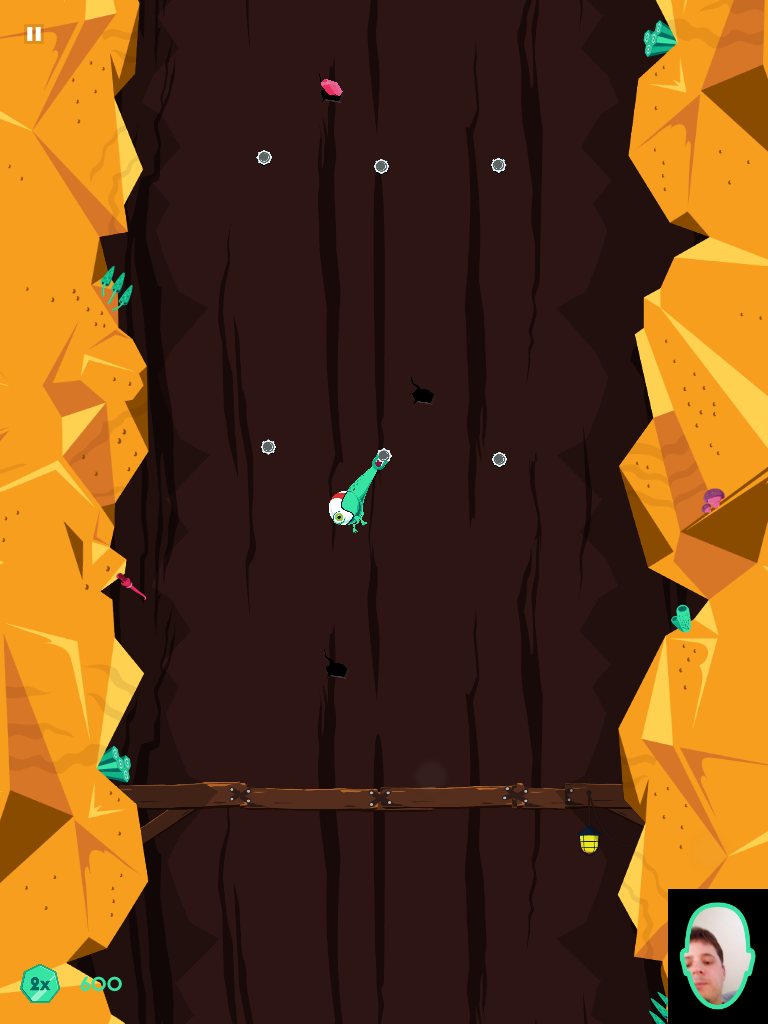 Here’s the gimmick. In addition to touchscreen controls, this game has chew controls. Your iOS device has a built-in camera, right? Line up your face with the camera’s face outline, as seen in the lower/right corner of the above screenshot. Open your mouth wide, then shut it to make the character jump.

That’s right. You can control this game by closing your mouth. That’s because the game was paid for by a chewing gum company. You’re supposed to chew gum, while playing this game.

It’s an interesting gimmick, and it may amuse your friends for a bit, but the problem is that you have to open and shut your mouth constantly to make it work. In other words, to beat the chewing gum game, you have to chew with your mouth open. Wide open, or else the controls don’t register it.

I had problems with the controls, because they require you to keep your iOS device completely motionless at all times. That’s great if you’ve got an iPhone in a charger stand, but I have an iPad. It’s not easy to hold the iPad in place, at the same time that I’m trying to perfectly align my head with the camera. For some reason, I could not get the game to work while sitting down, so I had to stand up the whole time. Otherwise, I’d get killed when the game didn’t register a jump, and the game would record my disgust with the bad controls. 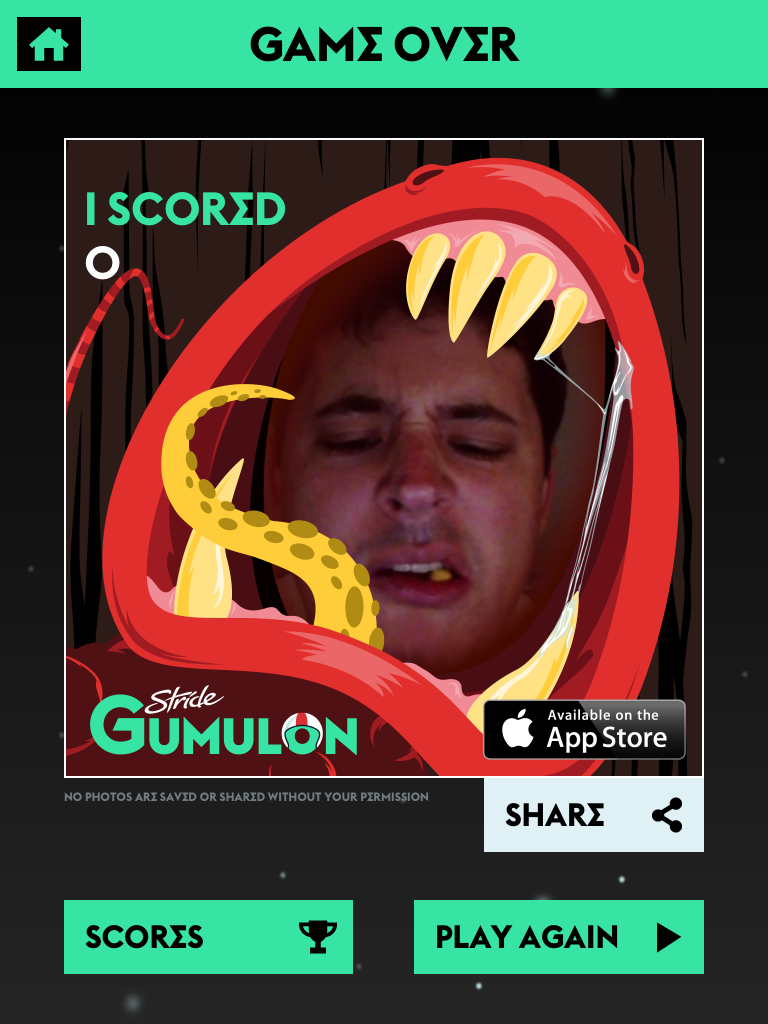 All in all, Gumulon is okay for a gimmicky game. Depending on your device, you may get more mileage out of it than other people. At the end of the day, though, it’s a short diversion at best.

Most videogame characters don't bleed one drop of urine during their entire quests—and that's just wrong.