I’m really used to hearing or seeing people just going on and on about how videogames used to be a lot better in the early days. That’s not entirely false, but sometimes I can’t help but think that some people’s judgment is being clouded by nostalgia, making some stuff look a lot better than it actually is.

That’s exactly what happened to my memories of Ikari Warriors II: Victory Road.

For the longest time, I couldn’t remember the name of this game because the label of the NES cartridge that was lent to me so many years ago was scratched to hell, and I never put any attention to the title screen; I just remembered pressing the Start button and being blown away by what seemed to be one of the weirdest and most awesome games ever made.

For many years I tried to reunite myself with this game, and I asked every new NES-savvy person I met if they’d ever played this game, so I had to do my best to describe my memories. 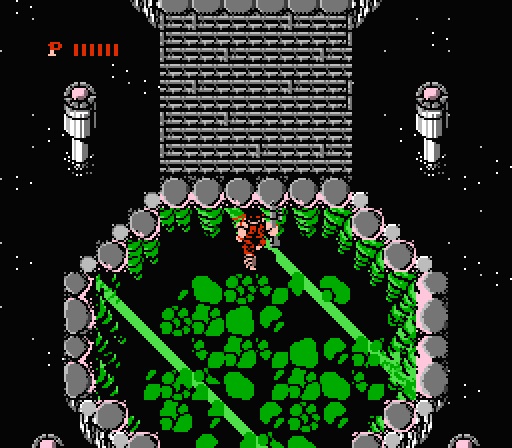 As far as I remembered, this game was some kind of top-down shooter, but the thing I remembered the most was that every time you killed an enemy you could collect a “heart” from them, and I’m not talking about some cutesy heart icon like in The Legend of Zelda or Castlevania; I’m talking about a weird-looking red palpitating heart enemies left behind, which served as the game’s currency (yes, you read that right).

“Oh!”—I always mentioned—“and at the start of the game, the character yelled (in a poorly synthesized voice from the NES era) something like furgsraurgsrr fight!” I always thought this last feature would bring some results since there weren’t so many voices during those days, but no…no one ever knew what I was talking about, and I never checked if they took a few steps back during any of my ramblings on that subject.

Many years later—thanks to the Internet—I started a crusade to find this game, and even though I looked for every NES game in alphabetical order, there were no signs of “furgsraurgsrr fight!” anywhere I looked. So I just gave up, destroyed by the realization that this game and I would never see each other again.

Oh, yes… But then I found it! Just by mere coincidence, I found out that the game I was looking for during two thirds of my life was none other than Ikari Warriors II, which I surely skipped during my “crusade”, as the first game of the series was more like another Rambo rip-off and not the amazing sci-fi setting I was looking for.

Now that I knew the name of the game, I rushed myself to play Ikari Warriors II one more time, and then it happened: my memories and the actual game finally met each other, and I witnessed the blatant discrepancies between both.

I mean, yes…it is the same game I played so long ago, but it isn’t THE GAME I remembered. The game in my memories was nothing less than glorious: an action-packed sci-fi shooter played on a distant and exuberant planet, while the actual game is…not that great.

Ikari Warriors II: Victory Road is not such a bad game, but its gameplay is not as solid as…say, Contra, or some other game from that era. The actual game is kind of glitchy, and your character is frustratingly slow; the scenarios are barren and poorly detailed; the enemies tend to appear out of nowhere and follow erratic patterns that make them feel more like a nuisance than actual opponents.

Also, you only have one life.

This…this is the actual experience of the game.

After some failed attempts to get somewhere (there’s really no sense of progression whatsoever), I remembered something: as much as I praised this game, I don’t really remember getting too far while playing it, and what seemed like a real challenge back then, seems like cheap and arbitrary difficulty by today’s standards.

See, kids? We were morons back then. Yes, there were incredible games in those magical days, but also there were impossibly hard games that we played over and over, no matter how infuriating and frustrating these things were. We just kept trying until we got to the end (probably some stupid black “congratulations” screen) or just realized that this game wasn’t worth the effort (but then we forgot about that later, when we were ready for “another go”).

Some time later I realized that there’s a reason for the insane “difficulty” in Ikari Warriors II: this game is actually a port from an Arcade game. You know…those things that used to gobble coins from us. 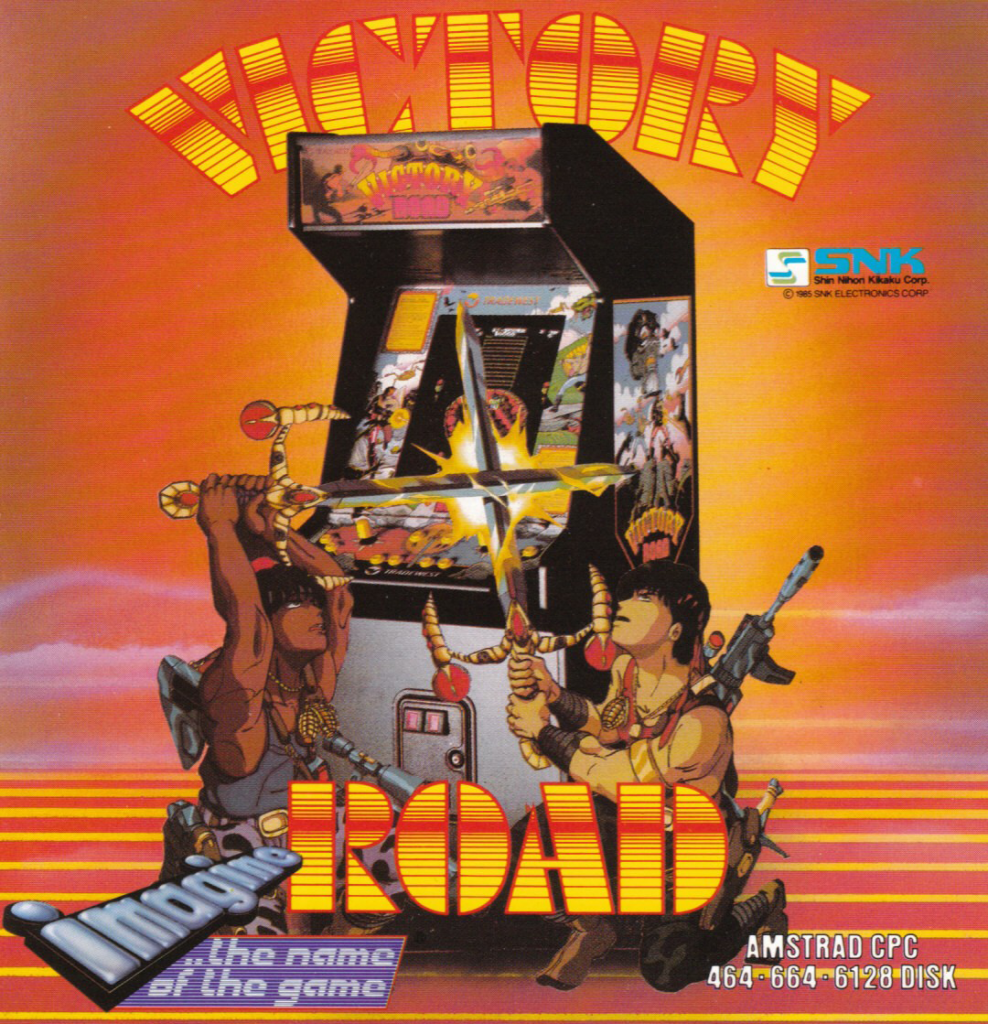 Pictured above: Player 1 tries to commit seppuku before inserting another coin to the devil’s machine.

As glorious as we might remember the good ol’ Arcades, we can’t deny the fact that they weren’t designed to be fair, or to let us have a good run on our money; their role was to offer the exact level of difficulty to get us killed over and over that would make us keep pumping coins into them, without feeling like we were being robbed.

This ordeal made me realize how overrated nostalgia is. I’ve had similar experiences in the past in other media (God…don’t ever try to watch any of the shows you watched as a kid!), but I always believed that my memories in videogames—the medium I know and care about the most—were sound. I guess I was wrong.

I respect any good claim that the videogames during the old days were (in some areas) better than the AAA videogame industry of today; I’d just like to add that there’s a lot of complaining out there that surely needs a “reality check”. Is that game from your memories actually worth defending? You’d better make sure about that!

One more thing: now I know what the hell the character was yelling at the start of the game—Come on! Let’s fight!

Jeddy tells a tale from his trip to Japan.