Well, well… I didn’t expect you to come visiting the site today. I figured your face would still be plastered to a television screen while you leak nostalgia all over that silly DuckTales Remastered. If I want to revisit Duckburg, I just set my oven to 400°F and pop a gander in a pan for a few hours. Crispy on the outside, succulent on the inside. That’s the way I like it. If I wanted to play DuckTales again, I’d grab my copy of DuckTales for the NES. I don’t need fancy hand-drawn ice cream cones or cinematics that make me want to nap or visit the loo. Nobody needs this. What we need is a StarTropics sequel. But nobody’s crying rivers for that. Bah, this gaming community makes me want to plotz in a trombone case.

Anyway, you may already know this, but I’m the Ominous Voice. I come around this cheese-sandwich-filled office and plunk down a crumpled piece of paper with my thoughts about video games scribbled between the dried pickle slices that get stuck to it. And for some reason, they keep accepting my work, though lately, every time I write down “Phoenix Wright sucks”, it gets crossed out and replaced with “Bunnies are soft!” This new management is really weighing me down. But I’m not gonna be held down by bearded bureaucrats! Instead, I’m gonna tell it like it is! So…uh…how is it?

I’ll tell you exactly how it is: ridiculous. And you know why it’s ridiculous? Because enemies keep respawning. How in the furry fuzzballs of Ecuador is this still a thing? I’ve got news for every developer this side of Saturn: when I kill something, it should remain dead. It’s dead. I stomped on it. I toasted it with a space ray gun. I sliced it with my Flame Sword. I whipped it with the Vampire Killer. I insulted it verbally and it died instantly. It’s dead, alright? So why is it that, when I walk a distance and then come back, that thing’s still alive? Don’t be telling me it’s a different enemy. I recognize that dead creature! He has that same “I LOVE BIDEN” support button on his vest! 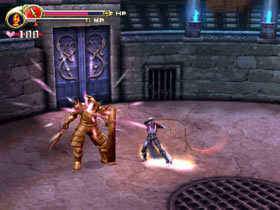 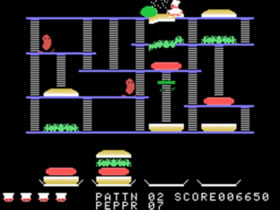 (BurgerTime is a travesty to the gaming community. Burn that burger.)

Take Ninja Gaiden. Not the new Xboxy one, I’m talking about the original NES no-holds-barred (whatever that means) tough-as-an-uncooked-turkey version. Now picture this: Ryu’s walking along in his cool ninja running style when suddenly a stupid eagle swoops down and pecks him right in the face. This happened to Fabio once on a rollercoaster, and I’m sure he wasn’t thrilled. But also, Ryu gets knocked back a bit. Okay, sure. I’d be taken aback by a gull to the coconut. But as soon as he walks forward again, there’s that exact same bird to swoop down and attack once again! Where did that one come from? I just saw it fly off into the distance, and now here it is again, with a bloodlust generally reserved for axe murderers and daytime talk show hosts. What’s going on here?!

Other games do that, too. In Castlevania: Lament of Innocence, for example, enemies will eventually respawn after a while when you re-enter a room, even if you have killed what’s inside. Luckily, the second time around, you often won’t have to defeat everything again, opting only to just wade through them. BurgerTime has constantly respawning sausages and such, making an impressively vomit-inducingly bad game even worse. And it was weird to have this happen in Wario World as well; after taking precious time to toss those freaky enemies into oblivion, they’ll easily reappear, ready to give you a good pounding. And I hate to mention Keith Courage in Alpha Zones, not just because it’s a terrible game, but also because the overworld can bring infinitely respawning maneki-neko (those waving cats you see in Asian restaurants) plummeting from the sky. I don’t know who’s creating those things, but they won’t suffer any layoffs anytime soon.

Y’know what makes sense? Shining Tears. THAT makes sense. Here’s how it works: Xion and his companion go out on a mission to defeat the hordes of enemies in a given region. If he is killed, he is sent back to headquarters. But upon his return, all the enemies he has killed thus far will still be dead! That’s logical! Once I kill something, it should be dead. Except for the purpose of grinding or building a great gold depository, foes should be dead. Permanently. End of story. Bah! I’m so upset, I could throw cheese at a ceiling fan in frustration. Get out of my office! I have some mozzarella duty to attend to here.

Videogame sports simulations are curious enough as it is—but a golf sim? Ridiculous. It's just a matter of pressing the same button twice or three times, after lining up your shot. Most games defaul