It’s fair to say that, in general, iOS games are usually lower quality than real console games. Especially when that iOS game is a dating sim that was probably translated from Japanese into English by a disgruntled intern who was paid with 500 yen and a Taco Bell burrito.

In MoteMote, the only game as of yet by SEEC Inc. that has been translated into English (for very apparent reasons), you play as an unnamed, faceless female protagonist who has a huge problem— 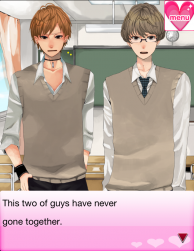 Not just two, but three—YES, THREE—young men are after [insert name here]’s heart! You, the player, must help her choose between these three very eligible and poorly illustrated bachelors. Your options include: 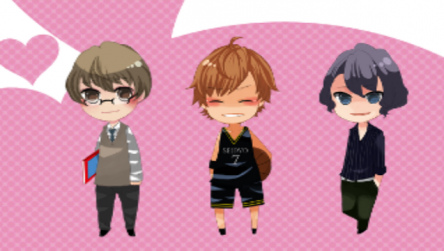 The game is rather brief, consisting only of six short chapters, a prologue, and an epilogue with only three possible endings—one for each boy, of course.

There’s not really much of a story other than, “Three boys are all in love with you!” Being a visual novel/dating sim, there’s little gameplay other than choosing the main character’s reactions to questions such as, “If we were in a Japanese proverb, which one of us would be the snake and which one of us would be the frog?” and, “Which one of us is more trustworthy to protect you from dangers?” The choices you can make are also very obvious in terms of which character’s ending they will result in—there’s never any question as to if it will better or worsen your chances of getting a certain ending. This has always annoyed me about dating sims—at least make it a little challenging! Can’t one of the characters at least play hard-to-get?! And why aren’t there bad endings in this game?! Where’s the blood and gore?! 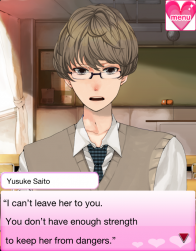 To be fair, the game is so poorly translated that it’s not even worth debating the quality of the plot. I don’t think there’s a single line of dialogue in the game without some sort of grammatical error. Just to give a few examples:

It could be a little bit better if the illustrations were better done. They aren’t too bad, but the facial features of the characters all look very strange—their noses and ears are very red when surprised, their mouths have a tendency to look like thick black lines, another character’s nose just looks like a red/white dot with nearly microscopic nostrils. The graphics aren’t anything special either—there’s zero animation.

If the game is worth playing at all, it’s because of the amazing Engrish. It is a free game, so you wouldn’t be wasting anything except a few minutes. But hey—maybe the original Japanese version is really good and the talent of this game’s creators has been cruelly masked by the menace known as Google Translate. There are definitely some things that would make more sense to a Japanese audience. That conversation about a Japanese proverb, for example— 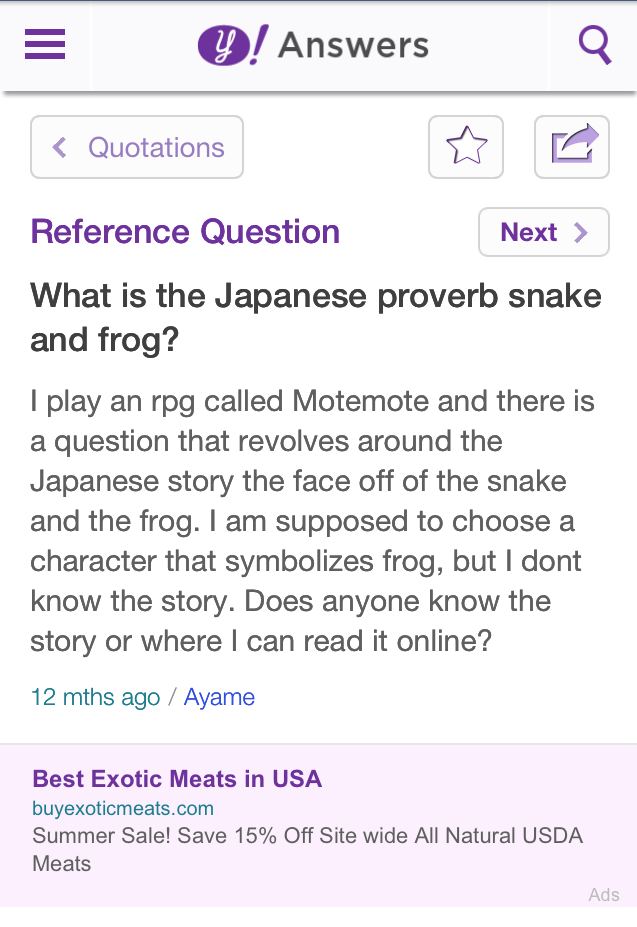 Yahoo! Answers was no help, although that ad at the bottom does look pretty enticing… 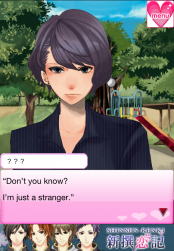 And, on the off chance that you actually really like the game, when you finish it, you unlock three bonus mini-comics featuring each of the male characters and the protagonist. 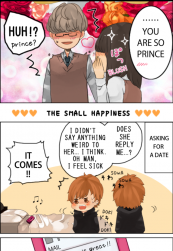