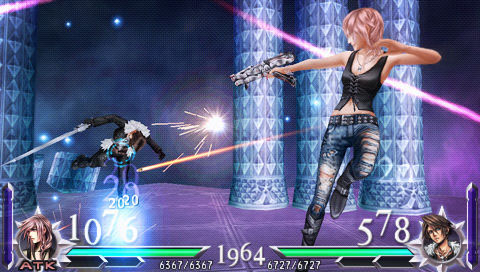 Dissidia was an interesting game. Sure, it may have left a few people baffled as to what it was—it was by no means a traditional anything—but it was different, intriguing, and, once you knew what you were doing…fun!

Now, a sequel? This is great! Now we know what to expect. Maybe the developers can work out some of the kinks, too. New modes? Fantastic! Everybody likes to have options. New beloved Final Fantasy characters? Perfect! Who doesn’t want new characters. This is shaping up to be a smart, simple sequel.

Wait…it’s named what?! Are those even words? Why are there brackets…? WHY DOES IT NOT MAKE ANY SENSE. “DISSIDIA 012 [duodecim] FINAL FANTASY”?? This is just some code name, right? No?! Oh boy.

Captain Eric’s Psychic Thumbs say… Thumbs Up! (except for the terrible name, of course)

The last three letters are key. “Super,” “Street Fighter”…those parts are great. The number is OK, too. But 3DS!? Whoah! What’s that!? Oh, right. It’s the next new DS. So what’s the recipe for horrible controls? Take a game that is already well established, especially in terms of its controls. Put it on a system that’s known for terrible controls (or at least, the newest version of a system that’s known for terrible controls), and then mix in some zany touchscreen features and, even better, some wacky 3D effects. SO AWESOME!

In an earlier post on GameCola, our esteemed Editor-in-Chief stated that he doesn’t care what anyone thinks—he’s ready to enjoy The Sims Medieval. It’s a good thing he doesn’t care, because I’m about to say a lot of hurtful things.

You know what The Sims needed? To get rid of that Sims part, apparently! The Sims Medieval doesn’t really need the Sims name. It looks more like Civilization than The Sims (it looks nothing like Civilization, either.) It looks more like a simplified RPG, or maybe a robust adventure game, than anything that resembles The Sims. However, a name is just a name! It could still be a fabulous game. It just feels like one hilarious joke. Did they announce this on April Fool’s Day? 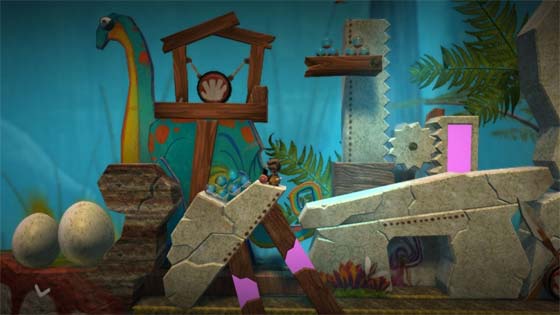 LittleBigPlanet 2! Haven’t you heard? It’s like LittleBigPlanet, but with 1,001x the AWESOME! What a wonderful idea! If only more games would just ratchet up the awesome level to insane amounts, we would never be disappointed in a game again!

I mean, look at what it has to offer. Giant sack people. HOOK SHOTS. Every game needs the damn hook shot! LINK! WHY ARE YOU SO STINGY WITH YOUR HOOK SHOT. Also, have you seen all the crazy minigames you can make? Fighting games?! Racing games?! ALL INSIDE LBP2! It is craziness abounds. The only downside is that it comes out in the first month of the new year, which means that all other games in 211 will only be disappointing reminders that they are not LittleBigPlanet 2.

Seriously!?! They still make these!!? How can there only be 7? I’m pretty sure I played seven different versions of this game when I was in high school. They are all the same! Who even needs new editions? Pick a dude with a weapon you think is cool, slaughter lots and lots of people, then slaughter 2.4 million more. The end. The games are fun enough, and all…but one was enough for me! …This is where all those Asian grindfest MMOs spawned from, isn’t it.

Well, that does it for this super fantastically amazing edition of the THUMBS. I know this edition was particularly wonderful: the fates were just that kind to all you loyal readers! Until next time, just sit back, relax, and let sweet, sweet visions of LittleBigPlanet 2 dance in your head.

"If you are patient in one moment of anger, you will escape a hundred days of sorrow." - Chinese proverb "ni" - Chinese pronoun Phantom Fighter is, without question, one of the most unique NES games