When I looked up Leviathan in the iTunes store, I saw these pictures: Don’t trust women. They can’t love you. But a creepy man with a cane? He loves you. Trust his love.

Leviathan is a Russian adventure game with so much dialog that you could easily mistake it for a visual novel. The game is rated “M” for blood and language, and I think the Russian developers have learned the hard way that there’s a bit of a stigma attached to M-rated visual novels.

Episode One is about 30 to 40 minutes long. It follows a boy named Oliver who gets beaten up by bullies, summons a demon, has dinner with his mother, does his reading homework, and finds the raped corpse of his mother in her bedroom. The murderer adopts him and the episode ends.

No, I’m not making things up. That’s what happens. It’s a mixture of “intense” and “strange.” 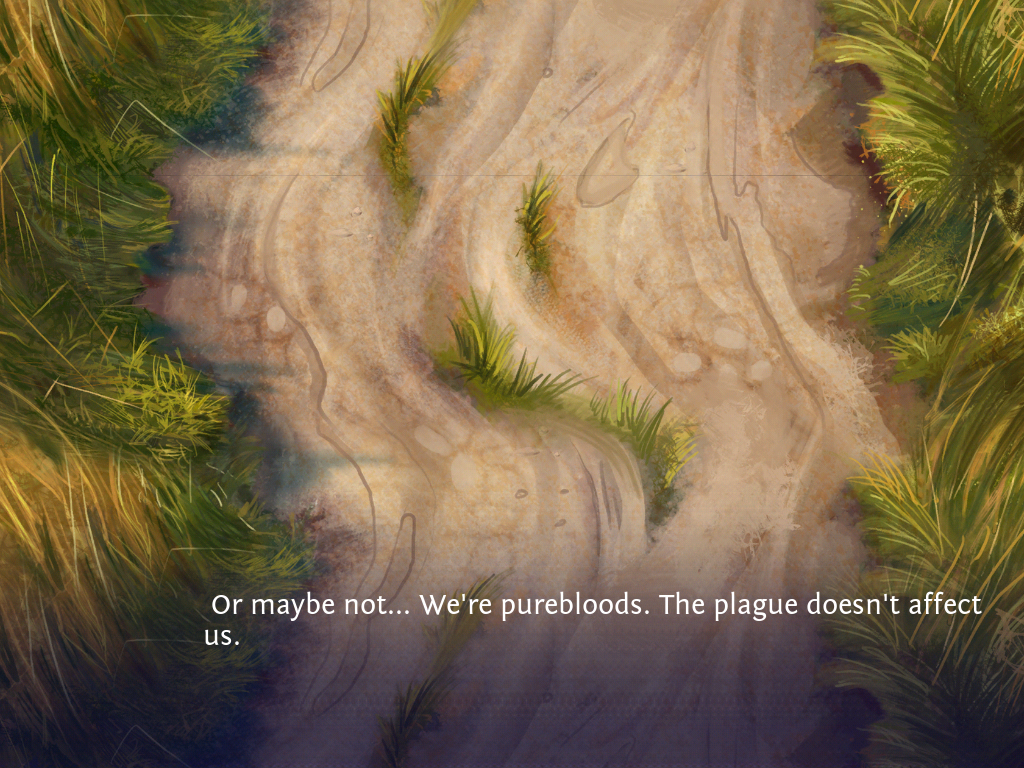 Leviathan takes place in a futuristic world, “where the nobility revels in luxury, pleasure and perversions, while the common folk suffers.” In other words, just like our world, except there’s a ten-year plague which kills off a good portion of the population every now and then. There also appear to be aliens and magic in this world.

The thing I like the most about this game are the gameplay mechanics. The only other visual novel/adventure game hybrid I’ve played is 999: 9 Hours, 9 Persons, 9 Doors, which has poor mechanics; it’s obvious that the visual novel sections and the adventure game sections were made independently of each other. Leviathan is able to blend the two genres together and make the overlap between the two look natural. It helps that both genres are done well; the visual novel sections are decent, and the setup for the adventure game parts is so intuitive that you don’t need an intruding tutorial to tell how the inventory or the video-phone works.

The best part of the episode is the section where you summon a demon, using a decapitated head that Oliver has in his backpack. This is also the part with the most gameplay, because the other sections are mostly storytelling and world-building. At first, the demon is quite frightening, but once it becomes tame…

The demon ends up being an old woman named Edna. She’s the most entertaining character in the entire episode, in part because she’s just so weird. She’s a doting grandmother type with a thirst for blood, which is a combination I haven’t seen since reading Diana Gray’s zombie fanfic. I hope to see her in the other episodes, although I expect we’ll probably see more of Oliver’s sister and the girl that he’s arranged to marry. 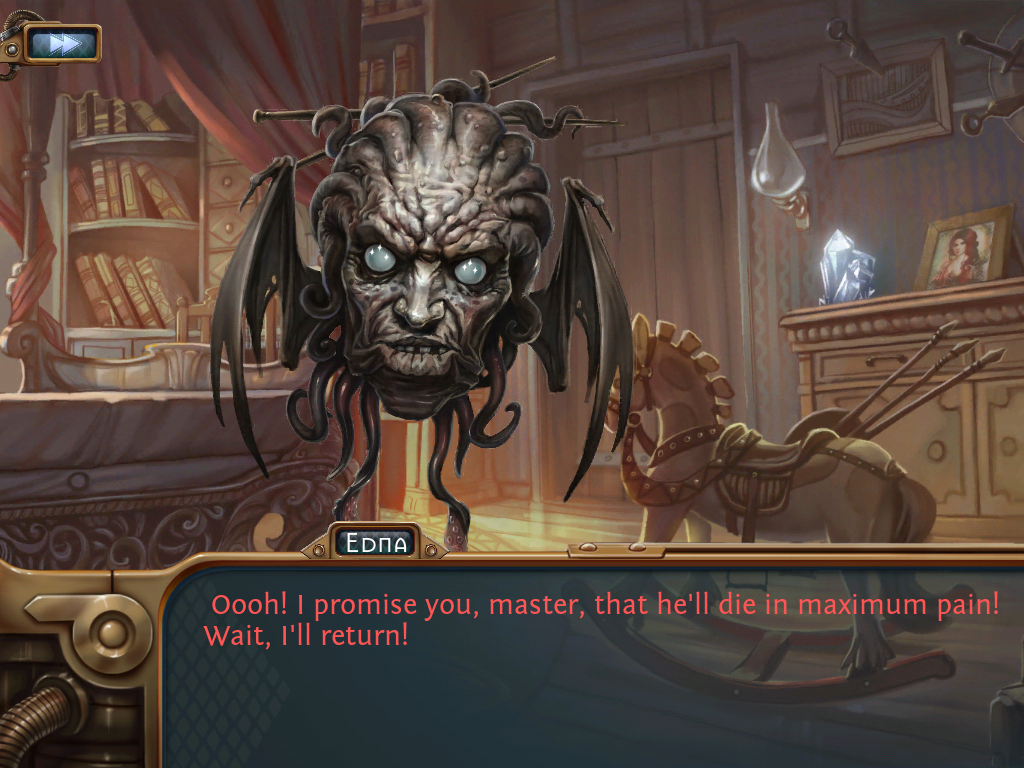 As of this writing, only three of the game’s five episodes are available for purchase. I’m told the game itself has been finished, but the translation and localization into English cost more than expected. Episode One was free, but I’m on the fence about buying the other episodes. It’s pretty and had great mechanics, but it’s also a strange game. My response to the world was not so much “interest and wonder” as it was “confusion” because we have old lady demons summoned by a boy who keeps a rocking horse in his bedroom.

About nine months ago, I wrote a short Professor Layton story. A lot of people liked it, and recently, someone translated it into French. Now, I don't read French myself, so I had to rely on an Inter