Well, technically three videos. But I was on a roll there and just couldn’t stop myself.

Have you been following the talkthroughs Paul and I have been doing for the cult DS hit 999: Nine Hours, Nine Persons, Nine Doors?

Well, why the hell not? What if we throw in Michael Gray for the third video?

Still no, and tell him to get back to Nancy Drew or Professor Layton or some game you’ve actually heard of?

Jeez. Tough imaginary crowd. But look at all of the content we provide you in the first three videos of our nine-video walkthrough: 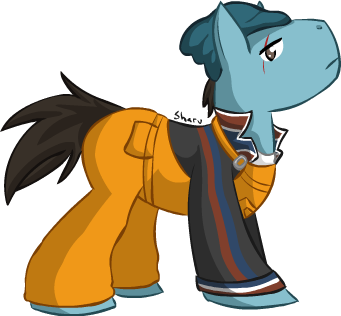 Even without thumbs, pony Seven is still going to try to open every locked door he finds.

And look, I’ll even be nice enough to embed the videos!

Stay tuned for next time, as I’m sure Paul and I will record the last six videos sometime before the sequel ends up coming out. Maybe.