The Silent Spy is game #29 in the Nancy Drew series. In this game, Nancy goes to Glasgow, Scotland.

You know, I have to wonder what the Nancy Drew series is going to do in thirty years, when Nancy runs out of exciting places to visit. “She’s been to every country in the world, the moon, and 1800s England. I guess the only place left to send her is Green Bay.”

Normally, I’m sold on a game when it has the words “Nancy Drew” in the title, but for this game, I was sold on the premise. The game revolves around the murder of Nancy’s mother. This premise is both incredibly intense and extremely unexpected, because Nancy’s mother is never-to-rarely mentioned in the book series. The only thing the books say is that Mrs. Drew died when Nancy was young. That’s it. Mrs. Drew has about as much character development as Cinderella’s mother.

So it comes as a shock that this game takes Mrs. Drew’s bare-bones backstory and changes it to “she was secretly an international spy, who was killed after stopping a terrorist plot to release chemical weapons on Glasgow.”

“Also, since she doesn’t have an official name, we decided to call her Kate. Kate Drew.” 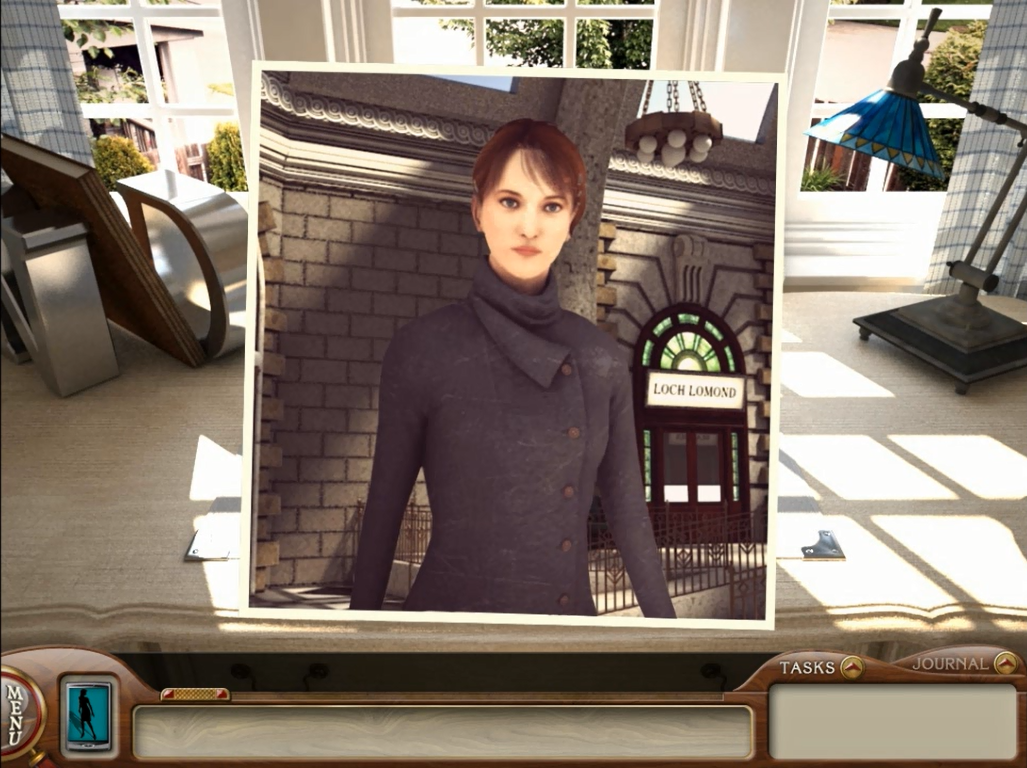 The plotline about Nancy’s mother is supported by strong writing. There are phone conversations between Nancy and her father, which are fraught with emotion about their lost family member. Additionally, there are five flashbacks which feature Young Nancy and her mother at home. One of Kate’s old acquaintances features heavily in the plotline, as well.

Nancy’s personal connection to the case aside, the game works like any other Nancy Drew game. Someone has set up an elaborate series of puzzles, which Nancy has to solve in order to find something special. Along the way, she must stop a mysterious saboteur who is on the loose, and she has to do chores for other people. Typical Nancy Drew stuff.

The characters in the game are okay, but at the end of the day, I’m not going to remember any of them besides for Kate. It’s not that the characters are unmemorable, but rather, they’re victims of circumstance. Everyone is a suspicious potential spy, so Nancy’s interactions with them are extremely guarded. There’s a lot of spy-style double-talk, which makes you wonder if they’re being sincere or just putting on an act. Yes, it makes for interest and suspense, but it doesn’t leave you with characters you can easily relate to.

The music in this game is very good, especially the one piece of music that is related to the plot. My favorite piece of music is one I like to call “Awesome Dramatic Spy Music”, which plays when Nancy does cool things like find a secret computer station and zipline across a courtyard. She also gets neato spy glasses and a secret decoder. I’m jealous. 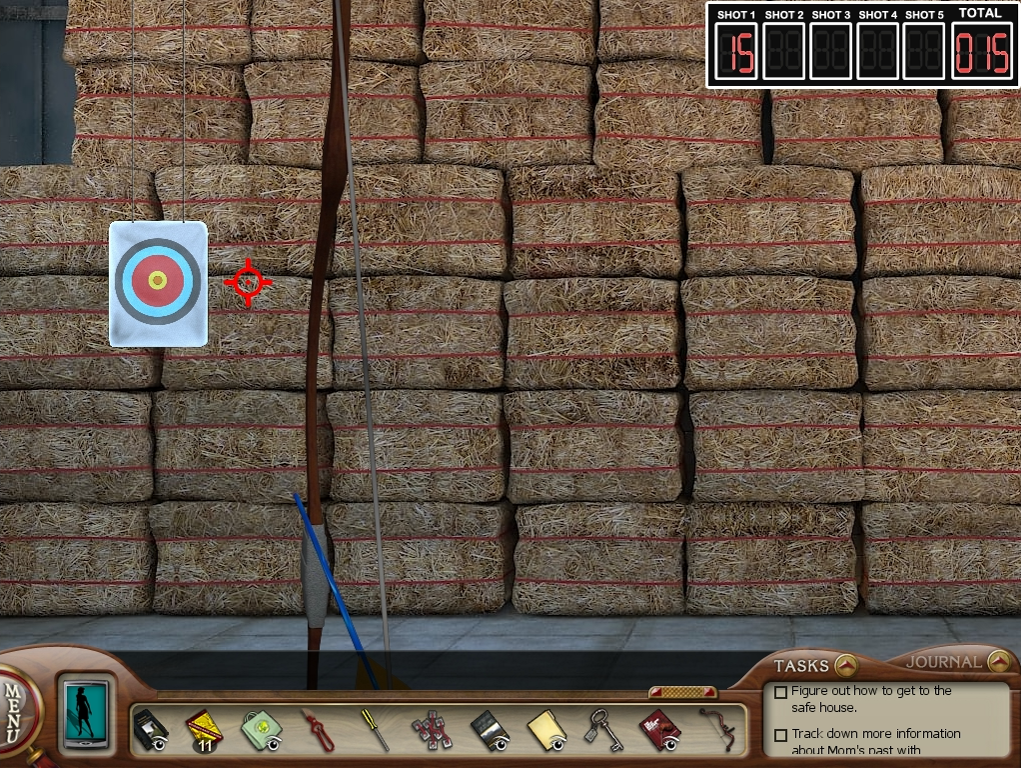 The puzzles and challenges in the game are typical fare. You’ve got math puzzles, logic puzzles, a cooking challenge and so on. I particularly liked how the ending sequence was a series of five puzzles in a row. If I had to complain about the puzzles, I would say that it is a tad suspicious that Kate Drew’s eight-year-old puzzle clues are still so useful. Don’t any of these spies change their computer passwords more than once a decade?

No, wait. I take that back. If I had to complain about the puzzles in this game, I would pinpoint the Jabberwocky puzzle. This is one of the larger puzzles of the game, centering around a coded message that you need to crack. In order to do this, you need three things.

When I played the game, I accidentally skipped Step #3, making the puzzle unsolvable. Over the course of two hours, the game came to a grinding halt. I worked out the puzzle solution on a separate piece of paper, but that didn’t help. Neither did the in-game hint system, which doesn’t have a specific solution for finding the instructions’ instructions.

That was the low point of the game for me—getting ridiculously stuck and having to use online cheats to figure out what I missed. I don’t know if the blame belongs with me for not recognizing a clue that other people found obvious, or if the blame belongs with the game for having a weirdly difficult puzzle. If the rumors are true, this particular puzzle’s solution was originally closer to what I tried to do—work out the solution on a separate piece of paper—but they changed it after testing, and the transition was not as smooth as it could have been. (Me finding the clues in the incorrect order didn’t help, though!) 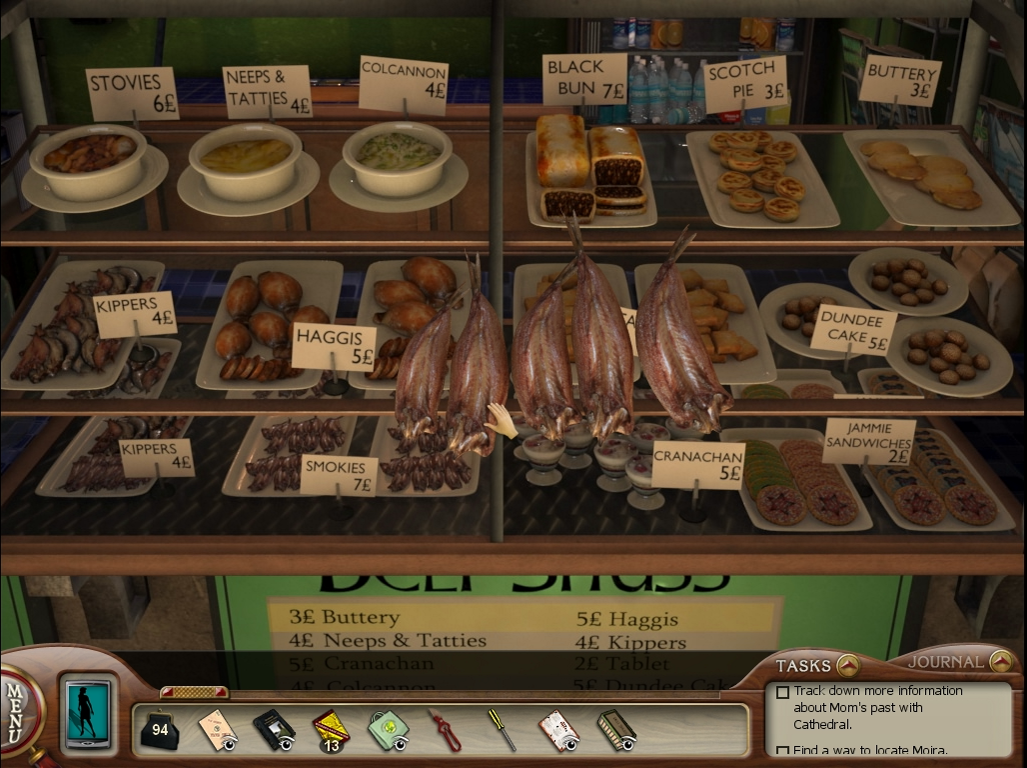 In conclusion, Nancy Drew: The Silent Spy is a solid entry in the Nancy Drew stories, with an especially well-done premise. The puzzles and gameplay are around the same level of quality we’ve come to expect from the series, with the exception of one puzzle that I crashed and burned on. The characters suit their purposes, but none really stands out as exceptional. If you like adventure games and spies, this is a game for you.

I never played more than a demo of Michel Ancel's original Rayman, but even its limited stages thwarted what little platforming skill I thought I had. Despite my shortcomings, I found the game gorgeou