Shall we date?: Destiny Ninja is an iOS dating sim set in Japan during the Genpei War (1180 – 1185). You, the female protagonist who has conveniently lost her memory, are being taken care of by a hunky ninja warrior of the Minamoto clan which is currently involved in a bloody conflict with the evil Taira clan which is constantly trying to murder the female protagonist for some reason that she can’t remember because—oh, yeah—she lost her memory.

After carefully selecting your name…

The story begins with you waking up in a field when all of a sudden, some faceless soldiers try to rape you. 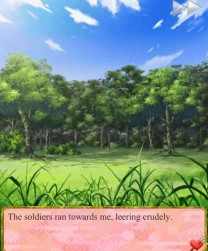 But it’s okay, because your awesome, soon-to-be ninja-boyfriend saves the day! And then he takes you back to the ninja camp where he is appointed as your bodyguard because obviously this young lady is in danger of being murdered by the Taira clan in the middle of a camp full of physics-defyingly strong ninjas with supernatural powers.

The plot varies quite a bit depending on which male character you select at the start, but as I can deduce from my one and a half playthroughs of the game, the basic plot goes as follows:

There’s also some other random conflicts that get quickly blown past and some Three Sacred Treasures bullshit. It’s basically PWP for fangirls but without nudity. 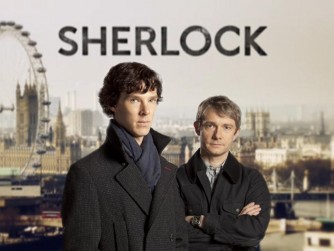 One could give the writers some credit for the game at least seeming to be historically accurate. The Three Sacred Treasures actually do exist and were involved in the Genpei War, though their recovery by the Minamoto clan can be attributed to a failed attempt to protect them by an elderly grandmother from the Taira clan, not through the romantic adventures of a gorgeous, young amnesiac. The game contains characters that are at the very least named after real people from the Genpei War, such as Minamoto no Yoshitsune and Benkei, though the game and Wikipedia have slightly differing descriptions of Benkei:

It’s also important to remember that the creators of this game are giant douchebags who want your money. THE most obnoxious aspect of this game is the stamina.

You can have a maximum of 5 stamina points. Every so often, you lose a stamina point. When you get down to zero stamina points, you can’t proceed with the gameplay. Oh, and by “every so often” I mean, by my calculations, about every 20 lines of dialogue, which can easily be read in under 30 seconds.

But fear not! When you run out of stamina, all you have to do is wait for the stamina to be restored. So you just have to wait 4 hours to get…one stamina point. It takes 20 hours for stamina to be fully restored. So, to sum it up in an equation:

20 hours of waiting = approx. 2 and half minutes of the game.

But that can’t be it, right? That would be a rip-off! Of course, you can restore your stamina with some sort of item—Camilla Rice Cakes…which cost $1 each…and restore one stamina point…for 30 more seconds of gameplay. To be fair, Destiny Ninja gives out Camilla Rice Cakes as gifts for the players liberally for “special events” and completing tasks from the ninja task-list, although quite a few of these “tasks” involve spending insane amounts of actual money for clothes for ninja boyfriend’s pet tiger/horse/frog/etc. or getting friend requests from 8-year-old girls. When you log in, you get a login bonus in the form of “zeni” which you can buy much less with than the standard Destiny Ninja Coins (DNC) that cost actual money. Using zeni, you can enter the Zeni Lottery (which costs 200 zeni, the basic login bonus) and, if you’re lucky, you might win between 1 and 3 Camilla Rice Cake coupons, even though that’s not helpful because you need 10 Camilla Rice Coupons to get 1 Camilla Rice Cake.

By the way, it took me about a month to finish one character’s story. In total, I spent $0.00 on this game, but it took me long as hell to complete as a result. My heart goes out to the poor people who are wasting money buying something called “Destiny Ninja Coins”.

It could have been a better game if it wasn’t so agonizingly slowly-paced. Besides being impeded by the stamina mechanic, the game also crashes frequently.

So is there anything about this game that makes it worth playing compared to other dating sims? Well, it does have a lot of gameplay and not just because it’s slow as hell. There are two endings for each character and eight characters for a total of 16 endings. There are also special side stories available frequently. If you’re into gooey, fluffy romance stories, then Destiny Ninja actually has some decent content.

Just please don’t be tempted to spend actual money on this game.