In a post-apocalyptic wasteland, two robots work on rebuilding an ancient relic of Man the Creator. The airship “Uniic” sits in pieces among the sands of the desert as robots Horatio Nullbuilt v5 and Crispin Horatiobuilt v1 finish the final calibrations on the Uniic’s telescope. Without time to celebrate, their ship is rocking, and a giant robot shaped like a floating rectangle with claws breaks in. It shoots Horatio with a laser and steals the ship’s power core. The trail leads to the city of Metropol, and what started off as a search for a power core turns into so much more than Horatio or Crispin ever bargained for. 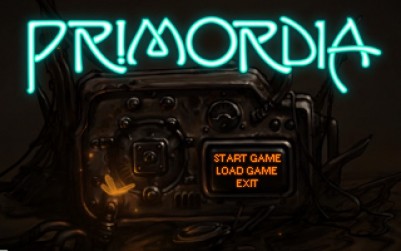 I can’t handle all of these choices!

Primordia is a point-and-click adventure game, reminiscent of Sierra’s King’s Quest games and countless others. You play Horatio Nullbuilt v5 and Crispin Horatiobuilt v1 as they attempt to find the thief that stole their ship’s power core. Along the way, they reach the robot city of Metropol, the city of light and sound, where they find out that there’s more to their journey than what they originally thought. The story’s interesting, full of intuitive puzzles, and somewhat original. It examines robots in a post human society, showing how they evolve and how they attempt to adapt the way of life that humanity held to their own robotic nature. It is also very well paced, and the multiple endings are very satisfying. 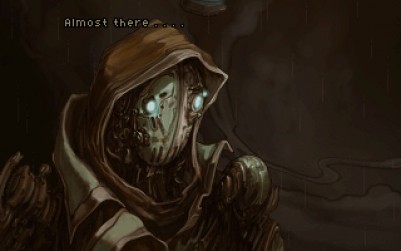 Like many point-and-click adventure games, Primordia is all about puzzles and finding items to solve these puzzles. The items needed to solve the puzzles are usually self-evident, and if not Horatio will offer a simple reason why and possibly suggest a different course of action. Alongside the item-based puzzles, there’s also a logic puzzle, a cypher, a word puzzle based off of symbolism found within one of the in-game texts, and several other puzzle types that defy the genre standard. However, a genre standard that’s maintained is when you’re placed in an obtuse environment looking for something that could be a pixel wide. Combine this with puzzles requiring you to enter in exact number combinations, and ones that are not always so obvious, and you’ve got a mixed bag of some of the best and worst of the genre. 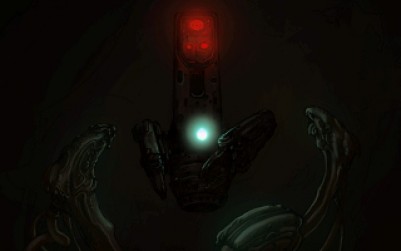 The artwork of the game is beautiful, with 2D character models and prerendered backgrounds. Everything appears alive and distinct, and the animation is consistent and smooth. The environments especially deserve mention here, as even when you’re walking along sand dunes they look beautiful, and the more exotic scenes are breathtaking. Character models are inspired, and I enjoyed seeing the variety of robots that populate Metropol and the Primordia world. And the cutscenes—the cutscenes show off perhaps the ultimate greatness of the art team as they show the characters as they were intended. In all, the game looks beautiful and the art is fantastic. 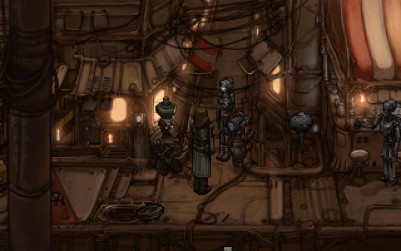 Our hero chats up a gynoid in the Metropol streets.

The music is also something worth talking about; it is very atmospheric, and usually suits the area you hear it in. It’s something you don’t often notice unless you try, and when it’s not there you do notice. Subtle and atmospheric would be the best way to describe it. An amazing thing about the main theme is that, depending on the ending it can sound hopeful and optimistic, or it can be downright sad depending on which ending you just viewed. Nothing changes about the song, just the endings are full of so much emotion you’ll hear it differently. The music is fantastic, and as much a reason to play the game as anything else. 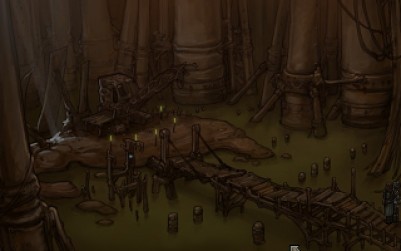 The whole game is brilliant, the end.

The only complaint I have is that the robots are gendered. Pretty much all of them have a gender. Which is silly. I guess I can over look that since everything else is pretty fantastic. I just find it unnecessary that even non-humanoid robots feel the need to be “he” or “she”. I mean, the robot that steals your power core has literally no personality, is a flying grey block that says single words to get their point across, and still gets gendered as “he”. Or, how there are robots that are literally computers that take up entire rooms, or are entire factories, or are omnipresent terminals through out the city, and they still get gendered. And while this doesn’t make me not like the game, it’s something that continuously pops into my head when I think about it. 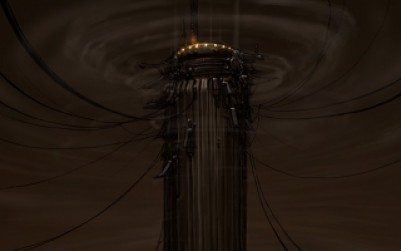 The view from there is spectacular.

Because they don't do that enough already? Look, I was a teenager once, and there wasn't a day went by when I didn't spend at least some time with the lights off and the shades drawn, envisioning diff