A young Shepard had been dealing with post-traumatic stress disorder after surviving a Thresher Maw attack. Being the sole survivor, all of their friends dead—perhaps even a wife and kids—they were admitted into therapy for post traumatic stress. Therapy discovered something else: gender identity disorder. Or, perhaps Shepard was a war hero. Having risked their life to save their crew, Shepard became depressed. Therapy again, was suggested, and gender identity disorder was found. Maybe Shepard was ruthless, throwing people under the bus; unnecessarily aggressive. After sacrificing three fourths of their troops and murdering surrendering Batarians, Shepard was sent through therapy. Aggression was being funneled out of anger at feeling like they need to fit a gender they don’t identify with. The Systems Alliance existing in the far future, there’s no ban on transgender people serving and Shepard transitions using body reconstruction and hormone replacement. She now lives her life as a woman, and eventually becomes the savior of the galaxy. 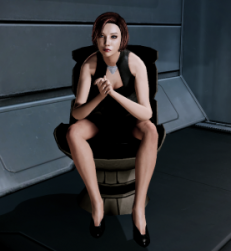 Male body language: Something many transwomen struggle with during their transition.

Commander Shepard is a transwoman, and I shouldn’t have to justify that with an explanation why. However, this column is all about me being verbose about why your favorite characters are trans in some way, so let’s get started! A big thing that makes me think this is that Commander Shepard uses the same model wiring regardless which gender you choose. Male Shepard seems to be the default, and so female Shepard walks like male Shepard. As a feminine transperson, male body language is something I have to struggle with, so it is believable that this was a conscious decision by BioWare (and not intended to save time and resources) to subtly give female Shepard male body language. As pictured above, she’s wearing a dress yet has her legs spread like men usually do. BioWare has been good with implying there is no canon Commander Shepard, but I believe that she’d be a transwoman. 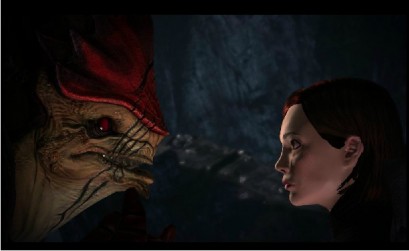 Honestly, this would be extremely important for feminine transpeople as well. She’s a fighter, a leader; not as sexualized as other videogame females, her gender rarely brought up, and especially since the game makes no mention of transness, this makes it all the more important—because she’s a woman that is taken seriously and presented in a serious manner. To say she’s a transwoman, even post-release, would further say that transwomen can be taken seriously and be presented in a serious manner. That her transition is something that feasibly could have occurred in her background and doesn’t need game time addressing is also important, as transwomen often only appear in media if they’re transitioning. That she faces no prejudice for being trans also brings hope; that other people can envision a future where transness isn’t something demonized, but treated normally and not made as big of a Thing as it is now. These are all incredibly important. 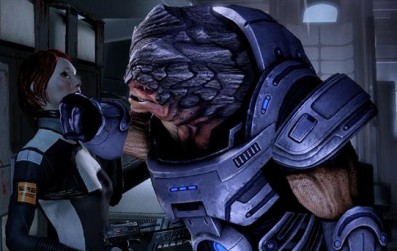 Would attaching a trans narrative to Commander Shepard ruin what the character means for ciswomen? No, it literally would not change anything, because transwomen and ciswomen are both still women. Further, transwomen need positive representation in videogames, and Commander Shepard is one of the strongest women in videogames today. It would do femininity a boon if anything, because here we have someone who accepts their feminine identity, transitions into it, and not a bad word is said about it. Commander Shepard would still be the admirable hero she is if she were a transwoman, and as someone that showed masculinity to become feminine that sends an important message that being feminine isn’t bad. It’s a message that benefits ciswomen and transwomen. 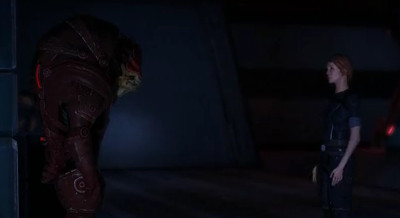 Also, the benefit it does for addressing transpeople in a future military structure is astounding! Right now, Gender Identity Disorder is a disqualifying condition for United States military service that cannot be waived. An example of some conditions that are not disqualifying are zoophilia, voyeursim, and pedophilia. There’s something wrong about that, and it’s a constant source of stress for the transpeople serving in the American armed forces. There’s also the fact that if you enlist and it’s found that you’re trans, there’s a huge circus around kicking you out or keeping you in, and usually it’s a one-sided fight to kick you out. Our lives in the military are full of fear and suspicion of everyone around us, and seeing a military in fiction that doesn’t even question having a trans member would be something that gives us hope. 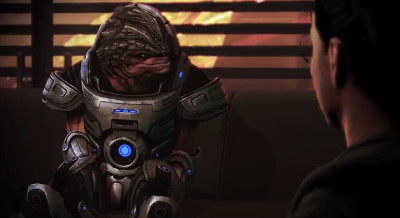 This game is not just for wannabe farmers, and it's a good break from the traditional monster-destroying RPGs.